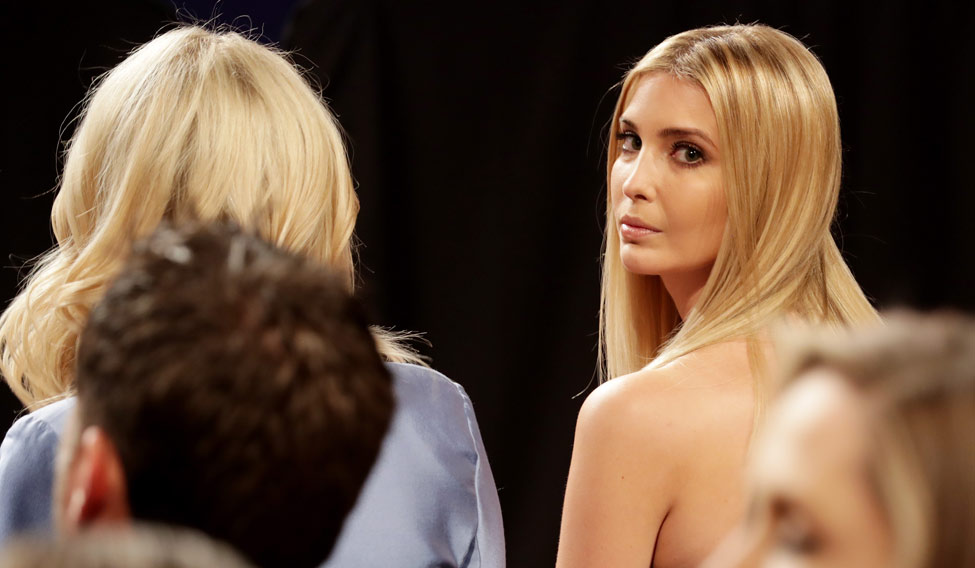 On Saturday Night Live, Scarlett Johansson was cast as Ivanka Trump in a hilarious and eye-opening spoof ad for a fake perfume brand, Complicit.

In its most recent sketch that was aired this Saturday, comedy show SNL takes a shot at US President Donald Trump's daughter, Ivanka. The ad seemed to imply that Ivanka—known as a strong, independent woman who can make influential decisions—was, in fact, complicit in all of her father's decisions.

The fragrance ad is itself a mockery of luxury perfume ads. In it, Johansson, sporting a blond wig and an uncomfortable pout, swishes around as a deep-voiced narrator satirically says, “She's a woman who knows what she wants, and knows what she's doing. Complicit.”

The narrator goes on to call her a feminist and a champion for women, while other women on screen look confused. As she dabs lipstick on her lips, she looks into a mirror to see a reflection of “Baldwin-as-Trump”, the president played by SNL-regular Alec Baldwin.

And in the end, without even a hint of subtlety: “Complicit, the fragrance for the woman who could stop all this...but won't”.

#Ivanka is #Complicit #SNL She's only a feminist for 1%er skinny white chicks. Nailed it! pic.twitter.com/4540iuMdGE

SNL Ivanka hit overdue. Ivanka & Jared not the good guys in the bad administration. They are the enablers of the bad guys. Complicit.

In previous sketches, SNL often depicted Ivanka as a straight white man. In fact, representation of most women in the Trump administration, including Melania Trump and Counsellor to President, Kellyanne Conway, implied that they were somehow “trapped” or were mere robotic personifications of Trump.

Take for instance, SNL's 2016 sketch on Ivanka, played by Margot Robbie (wearing the wig), in which she seems to be saying, robot-like, that she is “having fun” during the campaign. Or Cecily Strong as the First Lady, wishing she could “go out into the world”, seeking escape. Kellyanne Conway was parodied in a performance by Kate McKinnon this year after her “alternative facts” statement and the made-up Bowling Green Massacre.

I can already see the steam coming out of Trump's ears from seeing Alec Baldwin put on lipstick. #SNL #Complicit pic.twitter.com/pZQWP0WRHn

Ivanka: "Daddy😭😭😭 Did you see #SNL making fun of me tonight. Tweet something crazy about them and all media."
Trump: "On it now." #Complicit pic.twitter.com/WlOsrfj8xe

For viewers, this was one of SNL's most harshest critiques of the First Family in a long time. The fact that the show writers decided to focus on Ivanka as an individual who is well aware and “complicit” in everything that is happening, has social media users excited. #SNL and #Complicit were trending all weekend on Twitter. Whether it was SNL's boldness or Johansson's impeccably humorous personification of Ivanka, Twitterati loved it.

My GOD, #SNL is on fire. #Complicit

#Complicit skit was AH-MAZING. Glad they didn't forget Jared! America gets more #truth from #snl comedy than from the actual White House