Life review: Maybe, we should just leave the aliens alone 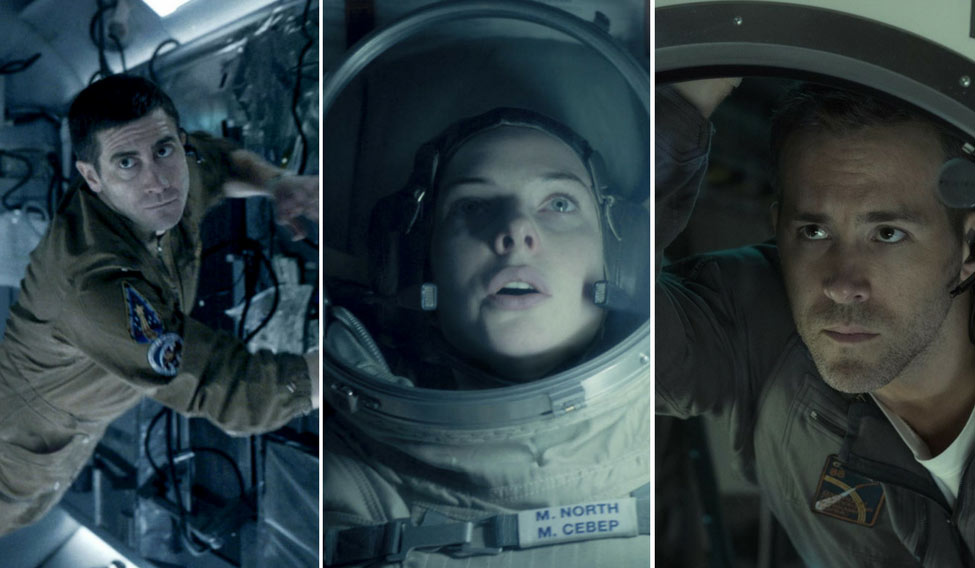 Life is a sci-fi space thriller about an alien invading a spaceship, with a refreshing twist.

The film begins with a long, continuous shot as Ryan Reynolds  (playing Rory Adams), floats out of an International Space Station ship to bring back a capsule that veered off track when it was hit by meteors. The capsule contains soil samples from Mars, and their mission is to gather a sample and study if it contains signs of life.

Dr Hugh Derry (Ariyon Bakare), the lead scientist on the ship, brings a single-celled organism out of hibernation with the right amount of air and temperature in the lab onboard the ship. Back home on Earth, news of a live organism procured from Mars is celebrated. Meanwhile, the rest of the six-member crew, including Commander Golovkina (Olga Dihovichnaya), Dr Miranda North (Rebecca Ferguson), Sho Kendo (Hiroyuki Sanada), and Dr David Jordan (Jake Gyllenhaal) watch with awe as the organism evolves, quickly at first, and then dangerously.

Things turn south as the all-eye, all-brain, all-muscle organism starts attacking and taking over the ship, trying to consume as much oxygen as possible to grow bigger in size and intellect. The source doesn't matter—oxygen candles, coolants, water, or even humans—it thrives on oxygen. It is up to the crew to either kill it or contain it, because whatever they do, it mustn't reach earth in any way.

The story of Life is unforgiving and does not stick to conventional, cliched Hollywood tropes. Written by Paul Wernick and Rhett Reese, known for their amazing collaboration in writing Deadpool (2016, and the upcoming sequel) and Zombieland (2009), the story is crisp with no room for boredom or double-think.

For those who like to nitpick and berate the scientific accuracy of a sci-fi film, it might seem pretty straightforward and sensible in most aspects. Besides, with a fast-paced plot that has elements of horror and gore, it might be possible that you don't notice any kinks in logic.

If you get a feeling of déjà vu, it is probably because director Daniel Espinosa was inspired by films like Gravity (2013) and Ridley Scott's Alien (1979). Espinosa, who was supposed to direct Assassin's Creed (and would've done a better job), is also known for Safe House (2012) and Child 44 (2015). His films may not exactly be popular commercial films that attract “the masses”, but he does have a knack for dark, gritty storytelling.

Gyllenhaal, playing an astronaut for the first time, stands out among the cast as the most emotive actor, while Reynolds seems to still be in a Deadpool-ish hangover. Life also manages to pass the Bechdel Test, with women characters in important designations, having major active roles with significant things to do (at this rate, there will come a day when adequate female representation is not discussed like it's a big deal).

Tense and action-packed, the film dwells on the dangers of approaching alien organisms that might be infinitely more intelligent and powerful than us. At one point, Dr Hugh, who gets emotionally attached to the creature (named Calvin), says that all the organism wants to do, is to survive. And to survive, it must destroy.