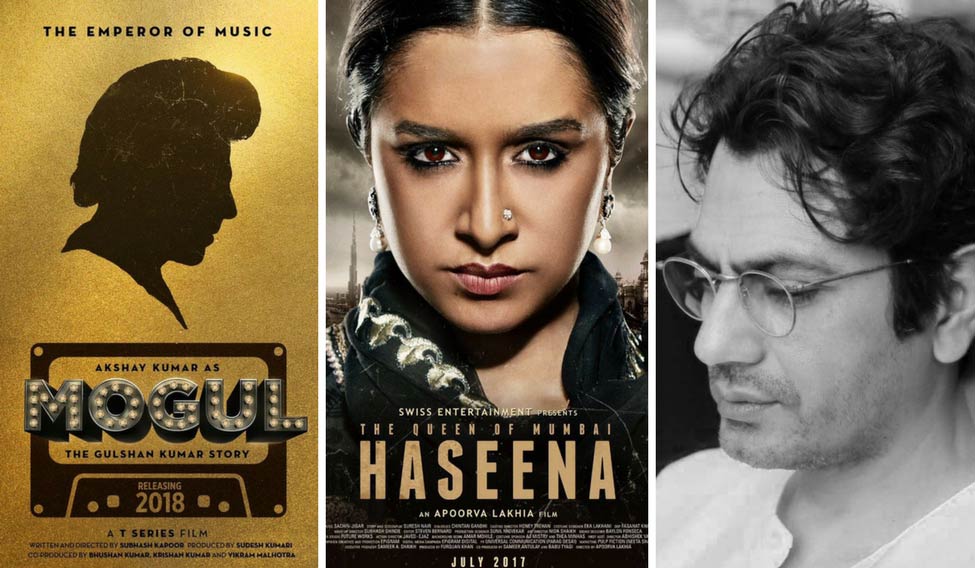 An exciting line up of biopics awaits us, as announcements start making waves and building up anticipation. It starts off with Poorna, directed by Rahul Bose, which will release on March 31. The list includes Mogul, a biopic on Bollywood's longstanding favourite composer and producer Gulshan Kumar. Here's a low down on what these upcoming biopics are all about:

Directed by Subhash Kapoor of the Jolly LLB  fame, Mogul is reported to be a biopic on Bollywood veteran Gulshan Kumar, the founder of music label T-series. Kumar, who was fatally shot in 1997, will be portrayed by Akshay Kumar, a frequent collaborator with Kapoor. The first look of the film was released on Wednesday, with Akshay visibly excited about taking up the project, saying that he had known the producer ever since his first film, Saugandh. Gulshan, who rose from humble beginnings to build one of the largest Bollywood music empires, has also dabbled in producing films such as Aashiqui and Bewafa Sanam. His son, Bhushan Kumar, is also associated with the film.

My association with Him began with my very first film. He was The Emperor Of Music! Now know His story... #Mogul, The Gulshan Kumar story! pic.twitter.com/lD8V6s4HeX

This Rahul Bose-directed film is based on the life of Malavath Purna, the mountaineer who scaled the Everest and reached the summit at the age of 13. She holds the record for being the youngest girl to reach the summit. Daughter of farm labourers in Telangana, she practised trekking in Ladakh and Darjeeling. Aditi Inamdar stars as the titular character, while Rahul Bose (who is also producer) and Heeba Shah are part of the cast. After being screened at the Palm Springs International Film Festival this year, Poorna will release at the end of March.

Saadat Hasan Manto is a popular name among readers, known for his soulful writing and sharp observations of society. But Manto, directed by Nandita Das, will be about his non-fiction writings during his stay in Lahore and Mumbai, between 1946 and 1952. It will star Nawazuddin Siddiqui as the writer and Rasika Dugal as Safia, Manto's wife. According to Das, work on the script took three years with writer Ali Mir, to ensure authenticity to his life, his work and the time period it is set in. The first look of the film, in which Siddiqui wears a pair of classic spectacles, went viral when it was released on Twitter last month.

Set to be released around Christmas this year, Dutt is the biopic on the controversial life of award-winning actor Sanjay Dutt. His involvement in the 1993 Bombay blasts and subsequent jail time led to a significant blow to his career and image. He will be portrayed by Ranbir Kapoor in a no-holds-barred film that Kapoor says is “honest” and does not shy away from the controversial aspects of his life. It will be directed by Rajkumar Hirani, who has previously worked with Dutt on the hit Munnabhai series, and claims to be a close friend of the actor.

Haseena: The Queen of Mumbai

Shraddha Kapoor stars as Haseena Parkar, sister of notorious underworld mafia don Dawood Ibrahim. The don himself will be played by Siddhanth Kapoor, her real brother, while the rest of the cast includes Sharman Joshi and Ankur Bhatia. Haseena is reportedly also involved in many of her brother's crimes, as well as handling his business in Mumbai after her husband was shot dead in 1991. She died in 2014 of a cardiac arrest. Haseena will touch upon her life with Dawood from their childhood all the way to age 60. Apoorva Lakhia, known for his crime films such as Shootout at Lokhandwala and Zanjeer, will be directing this biopic.