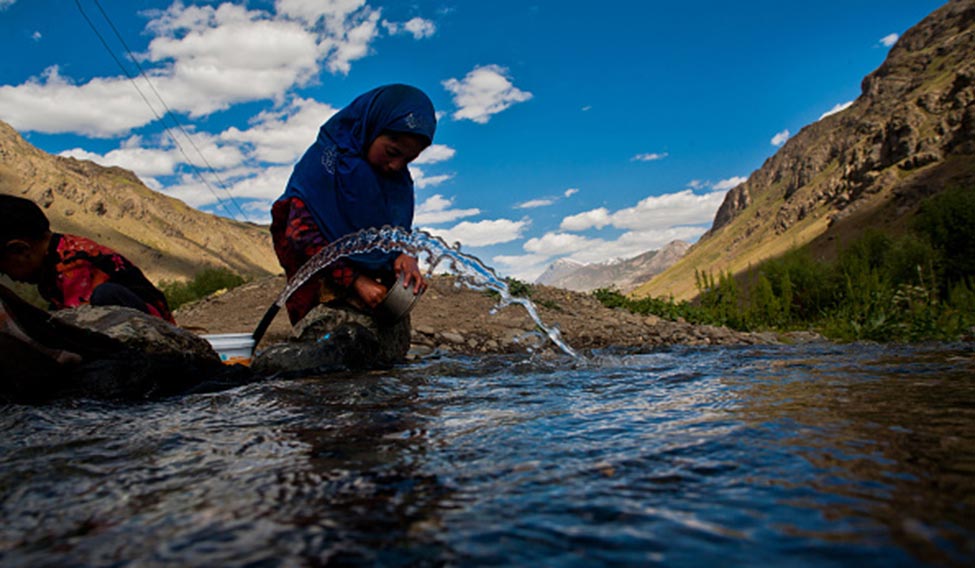 Interrupted flow: A Kashmiri girl washes dishes by the Indus flowing towards Pakistan, which is highly dependent on the river | Getty Images

Can, or rather should, India break the Indus Water Treaty to hit back at Pakistan?

On November 20, 1960, Prime Minister Jawaharlal Nehru told Parliament that he had purchased peace with the Indus Water Treaty (IWT). He knew the treaty was more give than take, but it was a small price to pay for getting peace in return. Fifty-six years later, Prime Minister Narendra Modi called a meeting of top officials to discuss how India could wrench back peace using the same treaty, which so far has been generously ensuring life-sustaining water to Pakistan. The message is that a non-violent offensive could be a payback in water, or rather, without it.

Within a day of declaring that “blood and water cannot flow together”, India said it would review the most favoured nation (MFN) status given to Pakistan. It also decided not to attend the South Asian Association of Regional Cooperation (SAARC) meet to be held in Islamabad in November.

Bangladesh, Bhutan and Afghanistan, too, dashed off their regrets to Nepal, the current SAARC chair. Bangladesh cited the “growing interference in the internal affairs of Bangladesh by one country”, Bhutan mentioned escalation of terrorism in the region, while Afghanistan said its leader Mohammad Ashraf Ghani was fully engaged in “dealing with violence as a result of imposed terrorism on his country”.

The MFN review is not likely to cause much flutter, given that it was lip service anyway. However, the three steps together show an energy at hitting back at Pakistan with a multi-pronged non-war offensive; the support of other SAARC nations is certainly a boost for India. Pakistan has responded to India’s refusal to attend SAARC by saying that “India has been perpetrating and financing terror in Pakistan’’.

India’s decision to review IWT has got everyone to stop and take notice. The sweet waters of the Indus river system have flowed rather unhindered into Pakistan, and IWT commissioners meet twice a year (with perhaps only one odd meeting being called off) despite all the blood, hate and suspicion that have soured ties. Pakistan’s Foreign Affairs Adviser Sartaj Aziz reacted by saying that abrogating the treaty could be considered an “act of war’’.

But can, and should, India be bleeding Pakistan dry to avenge Uri, Pathankot and myriad other acts of terror from across the border? The IWT regulates the usage of water of six rivers of the Indus river system, giving India control of the eastern rivers, the Beas, Ravi and Sutlej, while Pakistan gets the Indus, Chenab and Jhelum. But since these three flow from India into Pakistan, India gets to use 20 per cent of those waters. The Indus system is Pakistan’s main water supply and the treaty was brokered due to Pakistan’s fear that India could cut off this supply in times of hostilities.

“Whoever spoke of abrogation? We have only decided to review the treaty,’’ Water Resources Secretary Shashi Shekhar told THE WEEK. “If we were to impound the rivers, where would we store those huge volumes of water? We’ve barely exploited this source, for various reasons, from tension in the valley to Pakistan’s sensitiveness. We are just thinking of fast tracking projects that were in the pipeline or half done.”

India can actually do a lot more with the Indus waters within the confines of the treaty. It was agreed that India can generate up to 18,000 megawatts of power, but we generate only around 3,034 megawatts. Scaling up production impounds more water, which could reduce the flow to Pakistan in the dry season. Pakistan reportedly doesn’t have adequate storage facilities. Reviving the Tulbul project, which was halted in 1987 due to Pakistani concerns, is also on the cards. Constructing a weir to ensure water supply to the project can restrict the Jhelum’s flow into Pakistan.

In fact, under the review of Kashmir after the floods last year, the PM had announced a flood management package. These measures include de-silting the big lakes and rejuvenating water navigation which existed four decades ago. The IWT review could earn goodwill in troubled Jammu and Kashmir, which always felt that the treaty gave it a bad deal.

While many have hailed Modi’s decision on the IWT as a bloodless, out-of-the-box idea to hit back at Pakistan, the do-ability factor is a question. Some steps require huge funds, several years and a long-term political commitment. Some steps are actually rather doable in the immediate future, but could compromise India’s reputation of a gentleman player. As one senior official said, “We have to work our way around carefully. We are keen to have Pakistan declared a rogue nation and cannot do anything to jeopardise our international reputation.’’ India prides itself on having a good track record on adherence to international treaties.

The path is not that simple. Could China throttle the Brahmaputra flow from the east? The river is not governed by any treaty. Ashok Malik, head of Observer Research Foundation’s Neighbourhood Regional Studies Initiative, says that as long as India works within the confines of the treaty, China is not likely to pick a fight with India to bail out Pakistan. It may impound the Brahmaputra for its own gains, not for Pakistan.

It’s no overnight solution for India. The prime minister has decided to set up a task force to review the IWT. Then an executive team will have to be set up. But India has got Pakistan’s attention now. At the IWT meeting, Modi said, “I am not concerned about my image abroad. I am more concerned about the people of India than my image.” The arm that stretched out in jaadu ki jhappis (magical bearhugs) could well be used to turn off the taps. Will that stop blood from flowing, is the question.

Your form could not be submitted.
This browser settings will not support to add bookmarks programmatically. Please press Ctrl+D or change settings to bookmark this page.
Topics : #Covert strike | #Indus Waters Treaty | #Uri terror attack