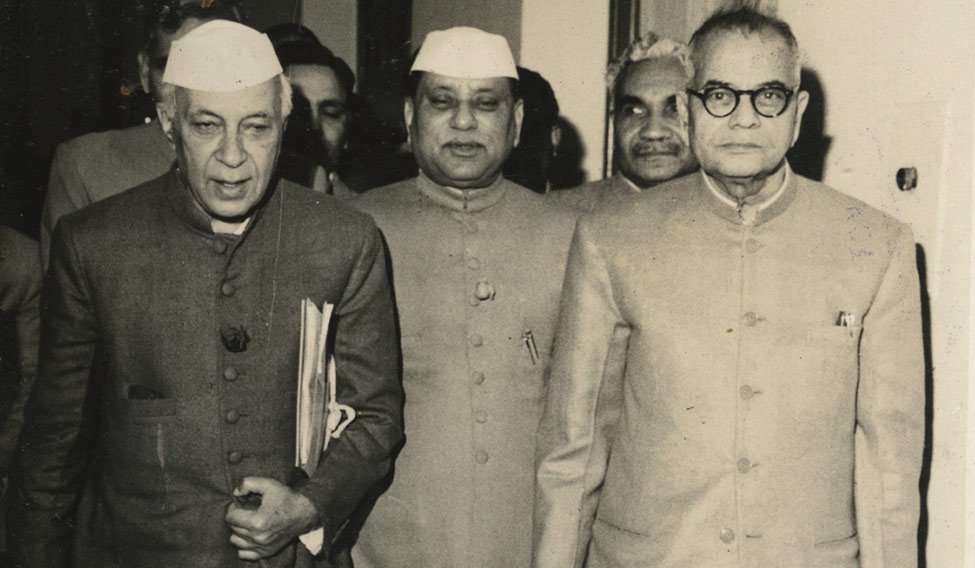 Money matters: Jawaharlal Nehru arriving for the budget session of Parliament in February 1964 along with finance minister T.T. Krishnamachari (right).

Arun Jaitley could look to assuage a country reeling under demonetisation

Queen Victoria’s government sent James Wilson, the founder of the Standard Chartered Bank and The Economist, to rework India’s finances after the 1857 revolt. As finance member in the viceroy’s council, Wilson presented the first budget to the government (there was no legislature) on April 7, 1860, imposing income tax for the first time.

Charles Trevelyan, one of British India’s finest civil servants, questioned how a state could tax a people who were not represented in the government. His rationale harked back to the principles enshrined in Magna Carta and the American revolution. The ruling elite hated Trevelyan for giving ideas to the natives, but enlightened Englishmen and Indians drew inspiration from such debates. Soon were born organisations like the Indian National Congress, seeking more say for Indians in the government.

In 1865, the Indian financial year was fixed as April-March, in tune with the harvest season and the summer stock-taking. The system continues.

The Minto-Morley reforms of 1909 and the Montague-Chelmsford reforms of 1919 gave India a primitive legislature where the budget came to be presented. In 1924, finance member Sir Basil Blackett began the practice of making the budget speech at 5pm on the last day of February. The reason: Blackett wanted to give some rest to his officers who hadn’t slept the previous nights. The railway budget was separated in 1924, as suggested by the William Acworth committee.

Liaquat Ali Khan of the Muslim League, finance minister in Nehru’s interim government from October 1946, was the first Indian to present a budget. He became Pakistan’s first PM.

R.K. Shanmukham Chetty, free India’s first finance minister, presented the first budget on November 26, 1947, with no new taxes. In the full budget speech of 1948-49, he called the November one an “interim budget”, the first use of the term.

After Chetty quit, Nehru gave the job to K.C. Neogy till John Matthai came in. Neogy, and later H.N. Bahuguna in Charan Singh’s cabinet, are the only finance ministers who never presented a budget.

Matthai presented the republic’s first budget. When he quit objecting to the Planning Commission’s ‘super-cabinet’ ways, Nehru chose C.D. Deshmukh, who was also the first Indian governor of the Reserve Bank. Deshmukh presented an interim budget, and then a full budget after the first general election in 1952. In 1955-56, Deshmukh started the practice of preparing budget papers in Hindi, too. 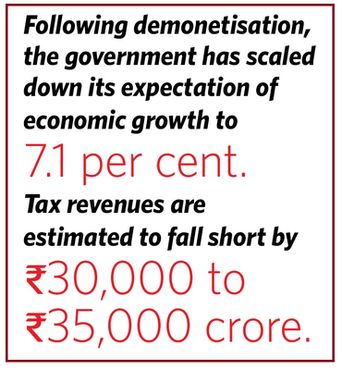 Deshmukh quit over differences with Nehru over the formation of the bilingual Bombay state. His successor T.T. Krishnamachari made a fresh speech on November 30, 1956, seeking to levy fresh taxes before the next budget.

Midway through the budget-making of 1958-59, Krishnamachari quit over the Mundhra scandal, leaving Nehru to present the budget. Afterwards, Nehru gave the job to Morarji Desai, who would present ten budgets, a record. Desai, who was born on February 29, presented two budgets (1964 and 1968) on his birthday.

Desai kept the portfolio in the L.B. Shastri and Indira Gandhi cabinets, quit for two years, and returned after the fourth elections in 1967. In between, Indira re-inducted Krishnamachari and Sachindra Chaudhuri. After Desai quit and the Congress split in 1969, Indira took over the portfolio, becoming India’s only woman finance minister. The garibi hatao campaign got her a brute majority in March 1971. Y.B. Chavan and C. Subramaniam presented her budgets till 1976-77.

Indira lost the polls in 1977. H.M. Patel, a former finance secretary-turned-finance minister in Morarji Desai’s cabinet, presented an interim budget for 1977-78, making the shortest budget speech—800 words. In February 1978, he presented a full budget. The portfolio was then given to deputy PM Chaudhary Charan Singh; he presented the 1979-80 budget.

Indira returned to power in 1980. The two finance ministers in that government, R. Venkataraman and Pranab Mukherjee, would become presidents later. Mukherjee was the first finance minister from the upper house which has limited powers over budget.

V.P. Singh presented Rajiv Gandhi’s first two budgets. After he quit, Rajiv presented the 1987-88 budget. (Nehru and the Gandhis are the only PMs to have presented budgets.) Rajiv began the zero-based budgeting and introduced corporate tax. His next two budgets were presented by N.D. Tiwari and S.B. Chavan.

Madhu Dandavate presented the V.P. Singh regime’s budget of 1990-91. Singh’s successor Chandra Shekhar had Yashwant Sinha present an interim budget before going to the polls in 1991.

Finding the treasury empty, Congress PM Narasimha Rao gave the finance minister job to economist Manmohan Singh. Singh got money by pledging the RBI gold in the Bank of England and presented a full budget in July 1991. That was the first time the interim and full budgets were presented by two ministers from two parties.

Manmohan’s 1992-93 budget was the reform budget which broke away from state-controlled socialism, opened the economy, encouraged foreign investments and reduced import duty. His later budgets further rejigged the economy and introduced service tax.

Deve Gowda’s coalition had P. Chidambaram present the budget in 1996. When Chidambaram stayed away from the second coalition initially after presenting his second budget, PM Gujral held the portfolio. After that coalition fell, Parliament held a special session for the sole purpose of passing Chidambaram’s 1997-98 budget, the first to be passed without debate.

In 2001, Vajpayee’s finance minister Yashwant Sinha ended the practice of presenting the budget at 5pm. His successor Jaswant Singh presented the 2003-04 budget and claimed India was shining. The NDA lost the next polls.

Manmohan Singh, who succeeded Vajpayee, got Chidambaram to present budgets till 2008, when he was moved to home ministry. For a short while, Manmohan held the portfolio. The portfolio went to Pranab Mukherjee in the second UPA regime and then to Manmohan and finally Chidambaram.