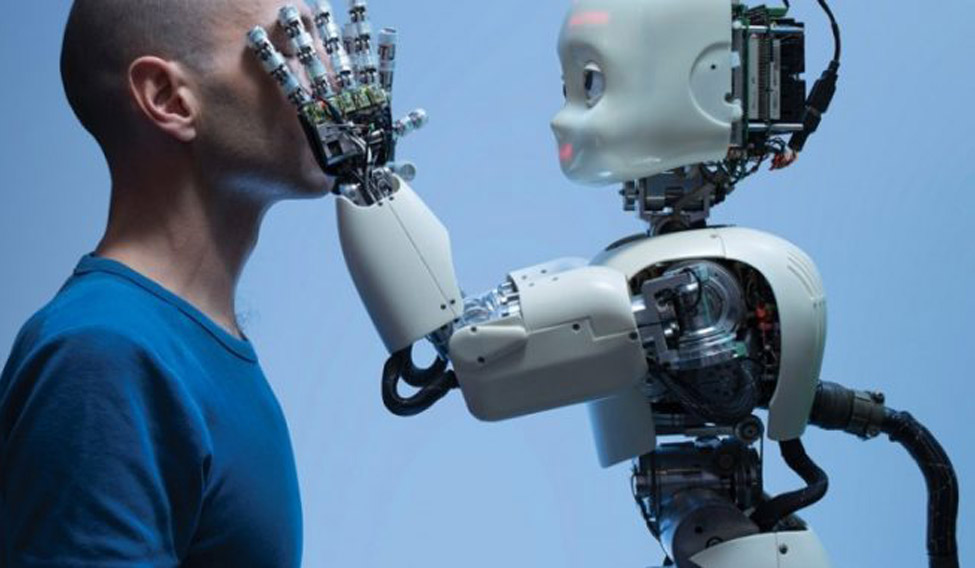 Mitra looks more humane and friendly than most customer care executives you meet in banks.

Mitra doesn't get annoyed if you ask about the interest rate for home loans. It politely gives you the details instead of asking you to go check it online.

This newly appointed robotic customer care executive at Canara Bank's head office in Bengaluru has been a pleasant surprise for customers. It can answer about 500 frequently asked customer queries in Kannada. If you ask “ATM elidhe?”(Where is the ATM?), it gives you directions in chaste Kannada.

Mitra has been a boon for elderly customers too, who would find it hard to navigate through the office sprawling across 1,00,000 sq. ft.

At night, Mitra doubles up as a security guard. Armed with an HD camera on its head, it keeps vigil all through the night. “It can even confront attackers, if there are any. Robbers often shoot down security guards if there is a heist. But they can't harm these bots. They are heavy. It is not easy to destroy their electronics either,” says Balaji Viswanathan, co-founder and CEO of Invento, a Bengaluru-based start up that designed and built the robot from scratch.

“Mitra is a handmade robot built right in our garage. The electronics, the software―everything has been made in India,” says the 34-year-old, who did his graduation in artificial intelligence. It took Invento three weeks to build the robot.

Viswanathan had his share of failures before he got into robotics. “A self-driven scooter that we made ran into some programming error. Then it started moving on its on without us controlling, that too at 100 km/hour, and crashed against a wall,” recalls Viswanathan. '”That was a wake up call for us,” he adds.

Later they tried to design robots for the elderly. “These were bots equipped with speech recognition systems. They could play music and be good companions for the elderly who live alone. They would be quite handy for someone who cannot move around easily,” says Viswanathan. “But we didn't go ahead with that project as we found our market is not ready for it.”

How much does it cost to own a robot? “Mitra costs around Rs 5 lakhs. Prices will fall once the volume increases,” says Viswanathan. At the moment, Mitra has six siblings. “One can rent them for Rs 17,000 a day. We have rented out one of them for a fair in Mumbai. It has became a show stopper there. We rent out robots to malls and for corporate events and weddings too. They can talk to people, play music, take photographs and live stream videos,” he says.

Invento plans to launch their factory-manufactured robots by October.

Mitra will be showcased at the RISE conference in Hong Kong next week. The largest tech conference in Asia, RISE attracts about 50,000 delegates from 136 countries around the world.

What will future robots be like? “Five years from now, there could be a bunch of interesting bots that are much more intelligent and interactive. They could be deployed to combat security threats. These bots may be of great use for the police,” he says.

Your form could not be submitted.
This browser settings will not support to add bookmarks programmatically. Please press Ctrl+D or change settings to bookmark this page.
Topics : #Robotics | #Artificial intelligence