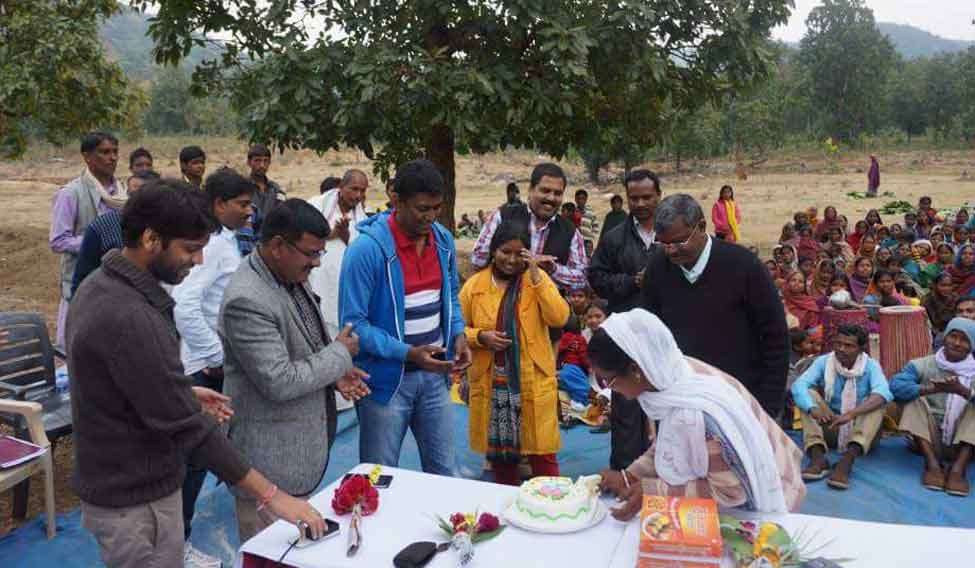 On a mission: Alex Paul Menon (in blue jacket) with colleagues.

When Alex Paul Menon was district collector of Sukma in Chhattisgarh, the Maoists kidnapped him to the jungles and held him hostage for 13 days in April 2012. Now joint secretary in the IT department, Menon recalls his conversations with the Maoists. Excerpts from an interview:

Do the Maoists still cherish the dream of self-rule?

They still live in a world of illusions. Every Maoist boy I came across nurtures the dream that Maoists will come into power and that they will have plenty of arms and ammunition.

Once I asked a Maoist commander how they would raise the money to buy weapons, tanks, ships and planes. He said, “We’ll do mining. Right here in Bastar. Bastar mey sona hain, chandi hain, loha hain. Bastar mey kya nahi hain [Bastar has gold, silver and iron. What doesn't Bastar have!].” Then what about the people in these places? Kisano ko doosra zameen dengey [Will the farmers be given separate land].” I asked. “We will rehabilitate them,’’ he replied. Do the Maoists have an alternative political plan or strategy to everything they are opposed to? None of the young revolutionaries I conversed with could give me a satisfactory answer.

They live a simple life in the camps. They have no money. I never saw them having an elaborate meal. While in captivity, I happened to see some of their propaganda materials. They were written in Gondi in Hindi script. I was curious to know how they picked up Hindi. Apparently, the “party” taught them how to read and write Hindi.

Women do most of the non-military chores like cooking and washing. I found it ironical as the Maoists claim to have achieved gender equality. There are very few women in these groups. Around 80 per cent of the Maoists in Chhattisgarh are in the age group of 16-35. A good number of them are under 20. This is very disturbing. Who gave Maoists the right to bring children into their fight? I am not able to understand why the intelligentsia which supports Maoism is failing to see it.

What do the Maoists in Chhattisgarh fight for?

They say they are fighting for themselves as well as for those who are socially exploited. Some of the reasons they cite for having joined the Maoist movement are harassment from the police and loss of land to the zamindari system or due to mining. But, honestly, I don’t think the driving force was any personal loss or ideology. Why would my poor tribal friend fight the battles of the industrial labourer or the intellectuals having their Irish coffee in Café Coffee Day? Why would they fight for the exploited living in the city or in other parts of the country? To what extent is it justified to take up arms and start fighting everybody’s battle? I have had long discourses with them on these. Their answers were always very vague. What I have figured out is that the Maoist leadership actually wants the inequalities to exist, the injustice and lack of development to prevail, just for their own survival. These are the pretexts under which they can stay in Chhattisgarh and recruit poor tribals to fight their war.

How far has the movement transformed the tribals?

A tribal’s life is deep-rooted in nature. He worships nature and animals. His lifestyle, dress and food are integral parts of his identity. Maoism has systematically cut them off from their tribal identity. So they are no longer tribals, from an anthropological point of view.

I remember an incident that occurred while I was in captivity. We were heading close to a village. I heard a drum beat, which signified some celebration. I asked my captors and cadres surrounding me why they didn’t want to join the celebration. One of them said he no longer celebrated the tribal festivals. He has become an atheist. The “party” has taught him that there is no God. I’m a hardcore atheist myself. You don’t become an atheist in a day. One needs to go through a gradual transformation to become an atheist. I believe a 'Nastk Gond Maovadi', who got converted into atheism without that catharsis, cannot fit into the tribal identity. Even anthropologists will agree with me on this.

You have had long stints in Naxal hit areas like Bijapur, Sukma, Dhamtari (Nagari) and Balrampur. What kind of challenges have you faced from the Maoists?

I encouraged one of my subordinates, Dr Mukesh, to reopen a clinic in Chittalnar. These are places where access to health care is a major problem. I gave him all support, hoping the locals would benefit. He was worried about the Maoist menace. I reassured him saying Maobadi will not harm a poor healthworker or teacher or Anganwadi worker, who does his job sincerely. Finally, the clinic was reopened and was getting regular inflows of patients. One day, while some malaria-affected children from Chintalnar ashram were being brought to the clinic in an ambulance, the Maoists opened fire. The driver tried to reverse to escape the shooters, but the road was blocked. The firing went on for some time. Luckily, no one died, as they all lay down in the ambulance while the bullets flew through the glasses. The ambulance was brought to the collectorate that evening. Dr Mukesh was fuming when he met me. “You are the one who told me that nothing would happen,’’ he said. I had no answer.

Have the Maoists won any battles?

Once I happened to read some pamphlets distributed by the Maoists' commander. They had vivid accounts of their 30-year-long struggle to bestow forest rights on the tribals. They claimed to have distributed 30,000 hectares of land to the tribals in Dandakaranya. As district collector of Sukma, I had spearheaded a campaign for distribution of forest rights to 4,300 families. An area of 43,000 acres was given to the poor in Sukma alone. The efforts were made in the whole of Bastar. I told the commander that it is always better to get things done the Constitutional way. He didn’t have any counter arguments.

What would you do if you were in charge of dealing with the Maoist problem?

That’s a very difficult question. I can’t be in charge of the situation. I’m a small-time officer. All I want to say is that everybody should properly do what they are supposed to, in their individual and collective capacities.

Can information technology be used to solve or contain the Maoist problem?

I think it is important to make these villages internet enabled.

Once, during a discussion with women cadres, I gave them some pamphlets from the veterinary department on schemes and subsidies for rearing livestock. Their eyes widened as they got to know that government schemes had so much to offer. Given a choice, they would have reared goats rather than picking up arms.

It is time we reached out to them and communicated with them in the local language.

Your form could not be submitted.
This browser settings will not support to add bookmarks programmatically. Please press Ctrl+D or change settings to bookmark this page.
Topics : #50 Years of Naxalbari | #naxals