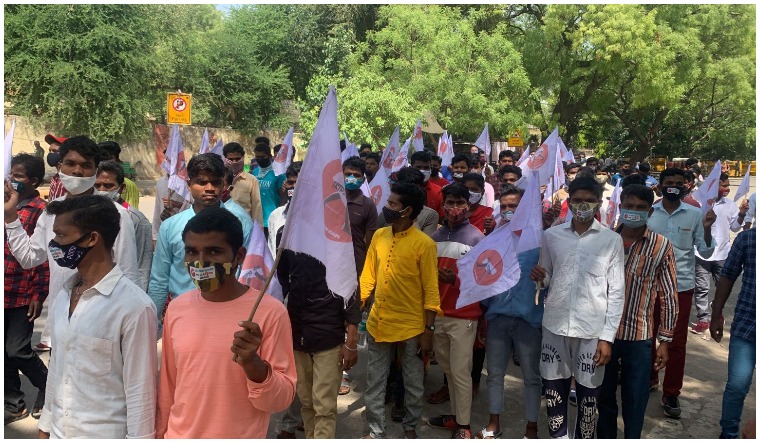 After gaining considerable success in its anti-Naxal strategy in Maoist hotbeds of Chattisgarh, the union home ministry has a new problem at hand with an estimated 55000 people falling into a new category of internally displaced tribals who are demanding immediate rehabilitation by the government. This population was displaced from their original habitat due to the violence in Chattisgarh after they were forced to flee their villages which had turned into embattled grounds between those supporting and those opposed the Maoist movement.

They fled to Andhra Pradesh and Telangana to rebuild their homes and livelihood. Now with the latest move by the twin states to take back around half the forest land during the last two years, these people are turning into an internally displaced population in central India where neither of the three states can rehabilitate them properly.

According to Valasa Adivasulu Samakhya, an organisation of displaced tribals, in the last three months, the states have started occupying the entire land held by these people for plantation purposes. These tribals, originally from Chattisgarh, have applied for ownership of these forest lands under the Forest Rights Act in exchange for their old forest land in Chhattisgarh which they had to leave due to an escalation of violence for a plan supported by the government.

Kadam Kosa, President of Valasa Adivasulu Samakhya said the central government should facilitate a rehabilitation plan like it has done in the past in Kashmir for the Kashmiri pandits or the Bru tribals of Mizoram who were forced to flee to Tripura due to political violence.

''A similar rehabilitation plan is needed for them too so that their future generations have an assured future,'' he said. The Chhattisgarh government has meanwhile assured these people that if they return to the state, they will be given land and other facilities in peaceful areas next to police camps. But many of these displaced families are apprehensive and don’t want to take risks. There is a growing demand from them asking the Centre to begin discussions with the states of Telangana and Andhra Pradesh to make a comprehensive rehabilitation policy.

“The Chattisgarh government is trying to offer them a safe return but the fact is that these families are not keen to return to the conflict areas. All state governments concerned should come together and assist the Centre in resolving this complex situation,” said Shubhranshu Choudhary, convenor of the new peace process--- a group of people and organisations, that have come together for peace in Maoist infested and strife-torn areas in the hinterland.

Government officials said they are considering suggestions to hold a survey to determine the exact population displaced, and their problems and accordingly make efforts to hold a joint dialogue with states to form a comprehensive plan and strategy to rehabilitate them.