India currently has a disappointing level of artificial intelligence (AI) 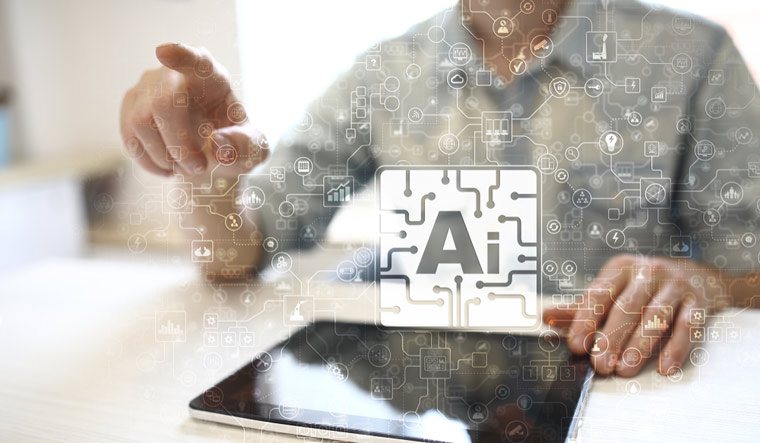 India currently has a disappointing level of artificial intelligence (AI) development and it needs to embark on a rapid program to catch up, says a new book by researcher-author Rajiv Malhotra.

In "Artificial Intelligence And The Future Of Power: 5 Battlegrounds", he argues that AI-driven revolution will have an unequal impact on different segments of humanity and for countries like India, where a large percentage of the population lacks the education that is vital to survive a technological tsunami, the adverse effects could be shattering.

There will be new winners and losers, new haves and have-nots, resulting in an unprecedented concentration of wealth and power. There is a real possibility that AI may trigger an unprecedented level of unemployment and precipitate social instability, he claims.

According to Malhotra, India is an important case study on the impact of AI because that is where all the battles come together into one large and complex battleground.

"Indian society has forsaken its metaphysical roots in dharma to chase the Americanisation of artha (material pursuits) and kama (gratification of sensual desires). As a result, it is neither here nor there - having lost its traditional strengths both individual and collective, it is at best a poor imitation of the American dream," he says.

Overpopulation, unemployment and poor education make India especially vulnerable, he says, adding many of its industries are technologically obsolete and dependent on imported technologies.

"India presently has a disappointing level of AI development and it needs to embark on a rapid program to catch up," Malhotra writes in the book, published by Rupa Publications.

He also claims that India is not only lagging behind China in AI by at least a decade, but it also has routinely given away its unique data assets to foreign countries because of the ignorance of its leaders.

"If the present trajectory continues, India could be heading toward re-colonization, this time as a digital colony under the domination of the US and/or China," he says.

Malhotra says AI is amplifying human ingenuity and is the engine driving the latest technological disruption silently shaking the foundations of society.

"My use of the term is not limited narrowly to what AI is specifically in the technical sense, but also includes the entire ecosystem of technologies that AI propels forward as their force multiplier. This cluster includes quantum computing, semiconductors, nanotechnology, medical technology, brain-machine interface, robotics, aerospace, 5G, and much more," he says.

Malhotra uses AI as an umbrella term because it "leverages their development and synergises them".

On the one hand, AI is the holy grail of technology; the advancement that people hope will solve problems across virtually every domain of our lives and on the other, it is disrupting a number of delicate equilibriums and creating conflicts on a variety of fronts, he argues.

Given the vast canvas on which AI's impact is being felt, he says one needs a simple lens to discuss its complex ramifications in a meaningful and accessible way.

After several rounds of restructuring the book, Malhotra zeroed in on using the following key battles of AI as the organising principle.

"Artificial Intelligence plays a pivotal role in each of these disruptions, and each of these battlegrounds has multiple players with competing interests and high stakes: battle for economic development and jobs, power in the new world order, psychological control of desires and agency, metaphysics of the self and its ethics, and battle for India's future," he says.

These battles, he says, already exist but AI is exacerbating them and changing the game.

"In each case, the prevailing equilibriums are disintegrating, and as a result, creating tensions among the parties held in balance. We are entering an epoch of disequilibrium in which a period of chaos is inevitable. Eventually, however, a new equilibrium will be established, and a new kind of world will emerge," he writes.