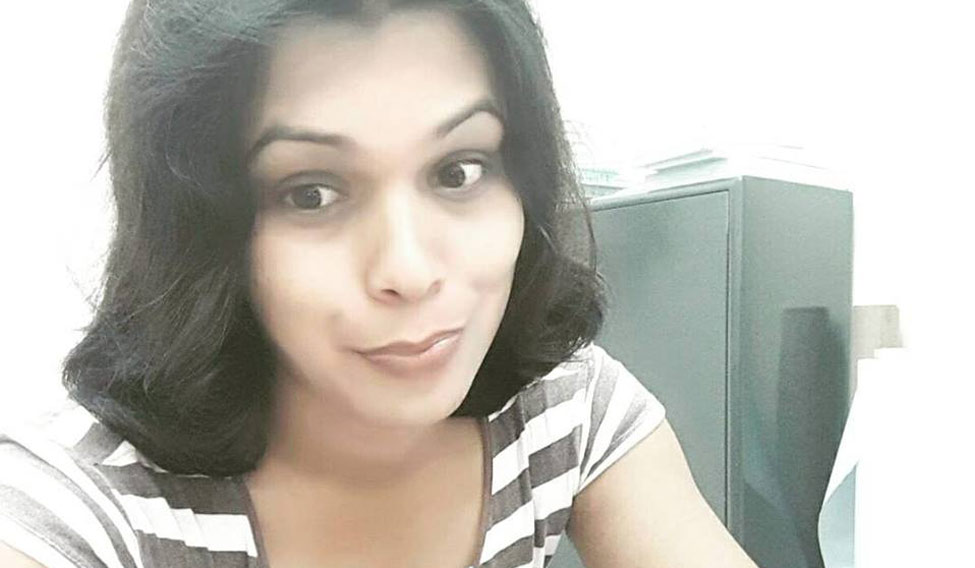 “It had been my dream since childhood to wear a uniform, join the armed forces and serve my nation in any form possible. And, joining the Navy was one of the happiest days of my life; the prospect of wearing a uniform and serving the nation was what attracted me to join the forces," says Sabi Giri who was dismissed from service following her sex reassignment surgery.

"I have served my country for seven years, following each and every order given by my seniors. I do not have any record of misbehaviour nor have I failed to carry out any task so far. Terminating me on the basis of my gender, is simply unacceptable,” she says.

The 25-year old, whose former name was Manish Kumar Giri, was dismissed on grounds that he underwent sex reassignment surgery to become a woman. He joined the Navy in 2010 when he was 18.

“In 2011, I started identifying myself more as a woman. I started thinking why I do not have breasts like a woman. I also wanted to dress like a woman. So, I approached the doctors in the Navy for help. They suggested that I undergo psychiatric treatment. I was even kept in the psychiatric ward for sometime. However, my urge to become a woman started intensifying and I started feeling trapped in a man's body," she says.

Sabi says she approached doctors in the Navy again in 2016, but was denied any help.

"By that time I had started getting suicidal thoughts as I was really unhappy being a man. Eventually, I confided in a friend in Mumbai, who is also a trans-sexual. She suggested that I talk to a psychiatrist."

Sabi says the psychiatrist diagnosed her with gender identity disorder and eventually, she decided to go ahead with a sex reassignment surgery and hormonal therapy to become a woman in October 2016.

Sabi was a Naval engineer (level 2) at the time of her dismissal.

“I took leave for 22 days to complete the procedure and become a woman. At that time I didn't think of the consequences because my priority was to live my life with my real identity as a woman. I was really depressed and did not want to make any more compromises. I would feel awkward when my co-workers would treat me like a man. When I went back to rejoin service, I had contracted urinary tract infection for which I was admitted to INHS Kalyani at Vishakapatanam. That was when the Navy got to know of the sex reassignment procedure. The infection was cured in 20 days. But, I was sent to the psychiatric ward again for five months. It felt as if I was in a jail with three gaurds near my cell 24x7,” Sabi elaborates on her ordeal.

“I don't think the Navy would have granted me permission to undergo a sex change operation,” she says when asked if she had informed the authorities of her decision to go ahead with the therapy. She, however, had informed a few close friends in the service about her decision.

“I was then given desk job as women aren't allowed to work on a ship. This was fine with me. Finally, on October 6, I was dismissed because I underwent gender reassignment surgery. Actually, when I received a show-cause notice from my commanding officer, I asked the officials why my gender was a problem as I have not lost the potential, and asked them whether I could continue working at the desk,” a distraught Sabi says.

As per the press release shared by the Navy with THE WEEK, Sabi was dismissed and the reason cited was "no, longer required — as the individual chose to undergo irreversible gender re-assignment on his own accord, whilst on leave wilfully altering his gender status from the one he was recruited for at the time of his induction."

Sabi, who grew up in Kolkata, initially found it difficult to convince her parents that she needed to undergo a sex change operation. But when she got her psychiatrist to talk to them, they were convinced that this could happen to anyone and they eventually accepted her becoming a woman.

Dismissing Sabi on grounds that the Navy does not permit women to serve in certain roles in the maritime force might sound reasonable going by the precedence. The force, however, does permit women to be inducted in capacity of air traffic controlers, observer, lawyer, naval architecture, logistics cadre, pilot general, naval armament inspectorate and so on. But nowhere does it mention any position that involves working in a boat or a ship, as per information stated in the careers section of the official website.

Vyjanthi Vasanta Mogli of Telengana Hijra Intersex Transgender Samiti, an activist who is helping Sabi with her case, says, “On September 14, we, as a trangender collective had written to Defence Minister Nirmala Sitharaman regarding Sabi's due dismissal. We even sent an email to this regard. But we got no response.”

“If the Navy can dismiss me so casually, what guarantee is there that this will not happen to me in any other place of employment?” Sabi asks. She plans to move the Supreme Court if needed to seek justice. She is also thinking of writing to the prime minister for the same.

Whether her efforts will be fruitful is something remains to be seen.