Resistance in the time of Trump 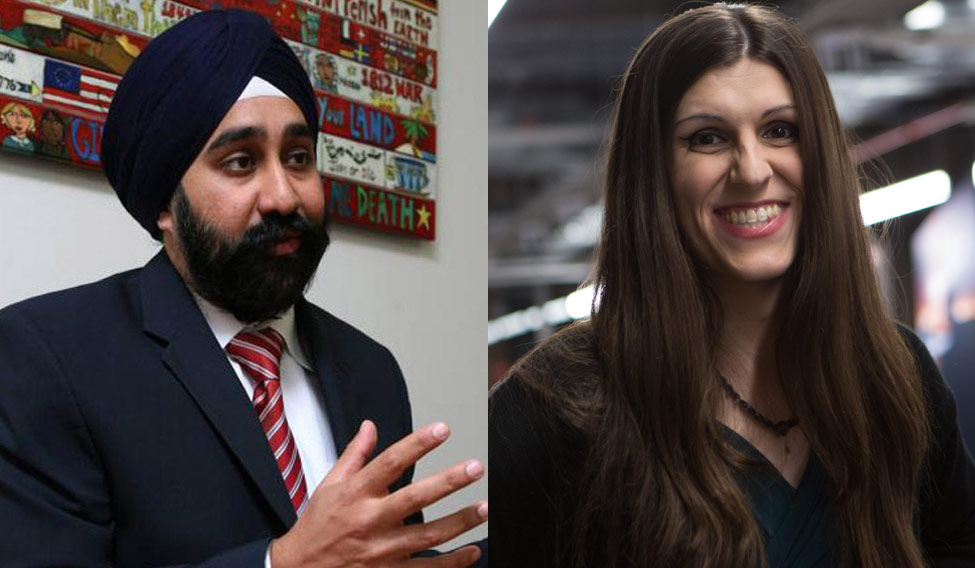 The Trump administration on the whole does not seem to be supportive of the LGBTQ cause. It also looks like they aren't in favour of people of colour or sensitive to the immigrant issue. After all, his entire campaign revolved around building a wall and limiting the number of immigrants into the country. But, the situation may not be so bleak when it comes to citizens during Trump's rule. The results from the November 7 off-year elections don't say so at least.

The results saw quite a few people of colour and trans-people breaking glass ceilings or breaking barriers, if you would say so. One major breakthrough was transwoman Danica Roem, who became United States' first openly transgender state delegate, winning her bid for a seat in the legislature in Virginia. This makes for a historic win and a step forward for transgender representation in government. The former journalist's win is against Rob Marshall, a republican candidate who is a staunch gay marriage opponent and refused to refer to Roem as a she or to debate her. Marshall also authored the state's own bathroom bill that would require people to use the restroom that corresponds with the gender assigned to them at birth.

Andrea Jenkins, on November 8, became US’s first openly transgender woman of colour elected to the Minneapolis city council, making her another first to hold a public office. Yet another breakthrough would be Seattle electing its first openly lesbian mayor Jenny Dunkan on November 8 as well.

Yes, this definitely gives the citizens of the US a reason to rejoice and it definitely sets an example for the world to follow, these results don't come as a complete surprise, even as the Trump government has subtly tried to marginalise the LGBTQ community and here's why.

As per a report from Public Religion Research Institute (PRRI), a lot of Americans actually resist restriction of LGBTQ rights. While 72 per cent are against discriminating against LGBTQ for jobs, accommodation and so on, 53 per cent are for same sex marriages and are against refusing services for weddings of same sex couples. However, only 38 per cent are in favour of bathrooms for transgenders.

President Trump has also vocalised his wish to ban transgenders from serving in the armed forces. “Our military must be focused on decisive and overwhelming victory and cannot be burdened with the tremendous medical costs and disruption that transgender in the military would entail,” he tweeted in July 2016. However, there aren't many Americans who support this directive either. According to the PRRI study, 64 per cent citizens want transpeople to be allowed to serve in the military. Also, not all republicans are turning a blind eye to the LGBTQ cause. Senators Kirsten Gillibrand (D-NY) and Susan Collins (R-ME) have teamed up to fight Trump's military ban.

Here's something for us at the home front to be joyous about—New Jersey's Hoboken gets its first Sikh mayor, Ravinder Bhalla. Bhalla won despite anonymous racist person calling him a terrorist and urging, just a day before the polls, that Asian-American candidates and Indian-American candidates should be deported in order to make “Edison great again”. Trump's presidential campaign may have been littered with attacks on people of colour and immigrants, but this hasn't stopped people from voting for them as a leader figure.

It is also interesting to note how a lot of former Republicans in Virginia have turned Democratic by making liberal voting choices, despite Ed Gillespie, the Republican candidate for governor treated Trump with reverence and embraced many Trump-isms including his allegation that opponent Ralph Northam, a pediatric neurologist, supported child pornographers. As per media reports (New York Times) Republicans in North Virginia especially the wealthy and well-educated population seemed to be in favour or making a well-informed, rational choice. This could very well also be the case because Virginia is a swing state or a state that has an equal chance of having a Republican majority or a Democratic majority.

Should the trend continue, it could mean some trouble for Republicans in their swing states such as Colorado, Iowa, Michigan, Ohio, North Carolina, Pennsylvania and Wisconsin. Other states known to have a similar voting pattern are Florida, Minessotta and Nevada. It is to be noted that swing states are often the key to winning an election. Swing states in the past five decades have played an important part in picking the president. Also, considering that American citizens essentially vote for electors that form part of an electoral college, not the candidates themselves, this could be a crucial factor.

Since being elected president, Trump has been criticised on many occasions, not only by Democrats, but by Republican senators too. Earlier this month, Senator Jeff Flake had commented on Trump’s style of governing saying American politics had become “inured” to “reckless, outrageous and undignified”. The Democrats have criticised Trump for obstructing justice when firing former FBI Director James Comey, undermining the independence of the federal judiciary and freedom of press among other discrepancies.

It is still early to say whether or not these events can be counted as resistance in the time of Trump, but it would be safe to point out that the Republican government is surely wading through troubled waters.

Your form could not be submitted.
This browser settings will not support to add bookmarks programmatically. Please press Ctrl+D or change settings to bookmark this page.
Topics : #Donald Trump | #United States | #LGBT