YEAR END SPECIAL: Youngsters who will lead the world in 2018 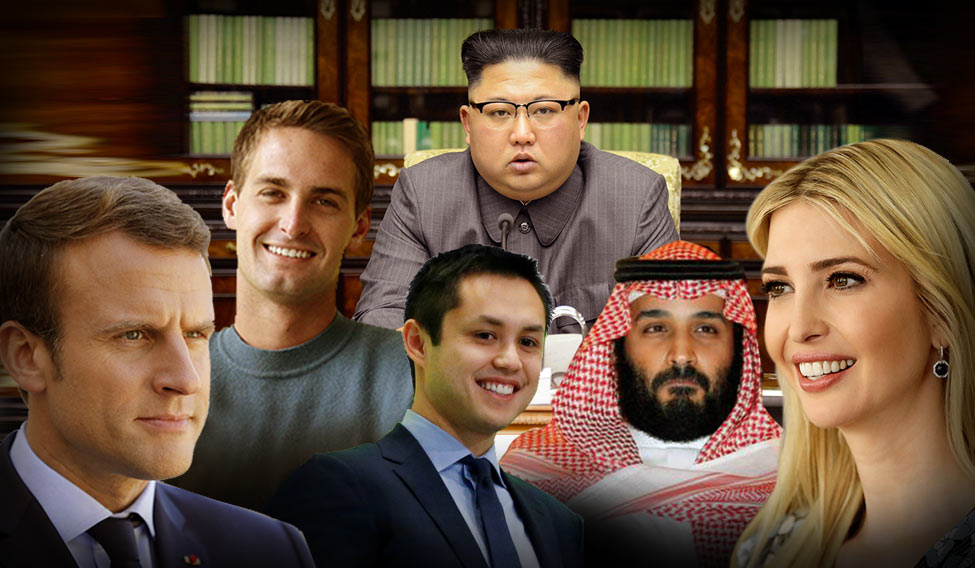 This year, world politics saw quite a few power shifts and quite a few young leaders emerging, including the Saudi prince and the young PM of Ireland, Leo Varadkar. Here are some prominent ones who made an impact and will probably be around for years to come.

Mohammed Bin Salman Al Saud: The desert reformer who is in a hurry

When Mohammed bin Salman was named crown prince of Saudi Arabia, ousting Mohammed bin Nayef, most of the Arab world was in for a pleasant shock. Since ascending to power, the crown prince has brought about quite a few reforms in the otherwise conservative kingdom, including rescinding the ban on women driving and allowing them in sports stadiums and cinema theatres. At 32, the crown prince sure comes as a breath of fresh air for the Saudi population who has been used to near-geriatric rulers in the past 30 years. The prince had said in October that he wants to return Saudi Arabia to a moderate Islam open to the world and other religions. The real reason for the changes seems to be to dive headlong into the Sunni Muslim Arab world and meet the increasing challenge posed by Shia Iran that called his succession a soft coup.


The prince already held important positions—defence minister and overall in-charge of the country's oil industry. The positions are a boost to his profile in his country as well as the world. The agenda for the young prince is diversifying Saudi's economy and reducing national dependence on oil revenues. Surely, Prince Mohammed's ambitions aren't just local. With US President Donald Trump keen to have the prince on board to tackle Iran as a sponsor of terror and mobilising Egypt, Bahrain and the UAE in a commercial boycott against Qatar, the ambitious leader is certainly one to watch out for.

As arguably America’s most prominent first daughter, she may be criticised for not openly standing up to her father's policies, but there is no denying that brand Ivanka is as strong as ever. She might have been called out at for being soft on feminist issues and for not acting when it matters, but she is still viewed as a sincere individual and someone who has different views from her father. Ivanka Trump may or may not have any political ambitions, but some of her agendas do seem to work and strike some chord with women—even if in a small way. Apart from her brand of aspirational clothes, bags, shoes and accessories, some of her moves like writing an op-ed in the New York Times about the need for more technology education in schools and talking about family leave and why the leave is important in the outcome of children seem to have some effect, especially on working women.


Ivanka pushing for paid family leave may have fizzled out to an extent as it yet remains to be seen whether or not the Republicans will include 12 weeks of paid parental or medical leave in a final bill. Trump is also trying to include child tax credit in the final Republican tax reform bill and this to some extent has impressed Senator Marco Rubio and the family-oriented think tanks. But it has failed to impress many others as her father, President Trump, and Vice President Mike Pence have openly criticised mothers who work outside the home. It has to be noted that while being the daughter of someone who has been labelled a 'xenophobic fascist' cannot be easy, Ivanka has managed to hold her own. And seems to be taking baby steps in the right direction.

Kim Jong un: Oriental despot with a method to his madness

North Korea testing an intercontinental ballistic missile remains the highlight of the year as far as world politics goes. What makes the test foreboding is that it comes from a young, totalitarian leader whose rise to power is dotted with two murders—his uncle and nominal regent, Jang Song Thaek, and half-brother Kim Jong Nam. President Trump, who initially said he will totally destroy North Korea for testing missiles, is now appealing to China, Russia, Japan and South Korea for cooperation in dealing with Kim.


Kim is clearly power hungry and this reflects in how he began 2016. “Let’s begin the year with the splendid sound of the explosion of our country’s first hydrogen bomb. The entire world will look up to us,” Kim wrote in a memo about his country's fourth nuclear test in January 2016. Political analysts may have deemed him unfit to rule, but, he strikes a chord with the people due to his resemblance to his grandfather Kim Il Sung. He also talks about leading a unified Korea, just like Sung did.


Kim, however, may not be a madman as perceived by many. He does have a rational side, where he prefers spending time with ordinary people and hugging soldiers. He may be on a carefully crafted path to ensure his survival. However, if not a bit more cautious, with the US gearing up for war, could it mean a fate similar to Saddam Hussein or Muammar Gaddafi for Kim? Kim’s biggest contribution to world politics could be the fact that he has forced Japan to start shedding its post-World War II inhibitions about rearming, a development that will reverberate across the Asia-Pacific.

Emmanuel Macron: He saved France from its female Trump

Emmanuel Macron came as a ray of hope to a relatively depressed France. Macron, the 39-year-old leader who without a conventional party backing, won against extreme-right candidate Marine Le Pen who campaigned on a xenophobic plank of shutting down mosques, protectionism and abandoning the EU and the Euro. Macron, the economy minister in President Hollande's cabinet, is criticised for having married his former drama teacher, Brigitte Trogneux, 24 years his senior. In his En Marche programme, Macron argued to end the 35-hour work week for younger workers, while he wants to give workers above 50 the option of a shorter work week.

On the forefront of Macron's agenda is reforming France's economy, where jobs for the youth are less. Macron is also focused on reducing public spending. Macron may also be criticised for coming from a privileged background, but he is all about working for the masses with his agenda of investing for job training, infrastructure, renewable energy and modernisation. Macron's challenge remains leading a divided country—a country for and against globalisation and divided between a rural and urban France where half the population is unemployed and pessimistic and the other half, smart and successful.

Macron, a strong supporter of a unified Europe, also wants to set certain regulations when it comes to migrating to France like a strong force of border guards and making fluency in French a main qualification to obtain French citizenship while making refugees feel welcome. With so much on his agenda, the young reformist sure has a long way to go!

At 27, Evan Spiegel definitely makes for one of the most young influencers. The co-founder of Snapchat is known for more than just marrying one of the hottest models of our time, Miranda Kerr. Snapchat, a popular application among the teens and millennials lets you send disappearing video messages to friends and followers. Worth approximately $3.4 billion, Spiegel is a Stanford University dropout. This young CEO grew up in Los Angeles and turned down Facebook's offer to buy Snapchat for $3 billion. In the coming years, Spiegel will have to make sure that his product remains on top of things as Facebook and Instagram have added features to their apps that allow people to post live stories or short videos.


Bobby Murphy, at 30 is the co-founder of Snapchat and is worth $5.4 billion. He and Spiegel each have 18 per cent share in Snapchat and have majority of the voting shares that give them full control of the company's future. A native of California, Murphy had humble beginnings as both his parents had government jobs. Murphy till date remains the core coder of the app. Murphy who has kept a low profile since launch of the company said they created an app to be 'cool' and did not consider themselves to be 'cool'. Both Murphy and Spiegel are involved in 'Snap labs', a team within the company that works on secret unannounced products.