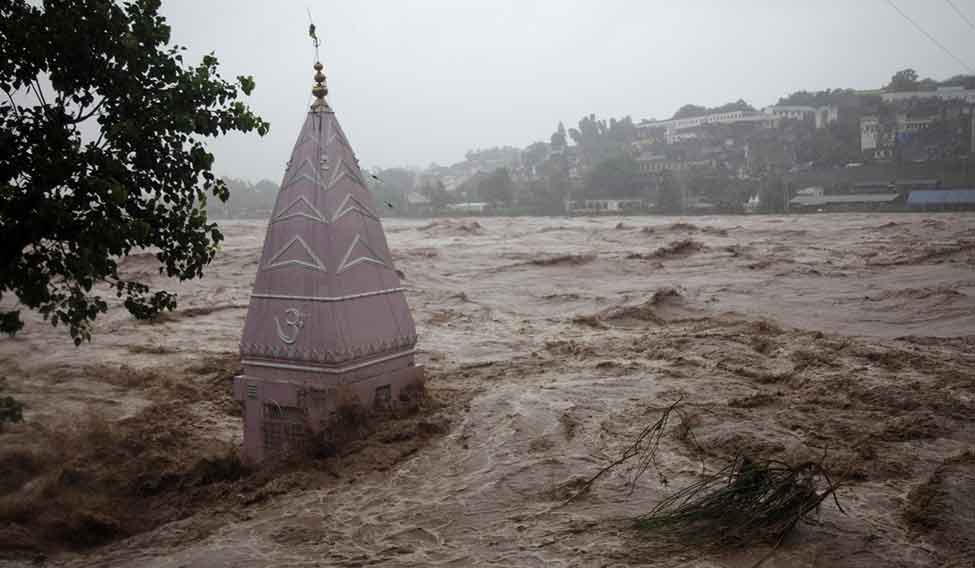 THE DELUGE that overwhelmed Srinagar in September 2014 was unprecedented. Scientists say its impact would have been much less if the flood channels branching out of the Jhelum had not been encroached upon. During the peak of militancy, flood channels, wetlands and tributaries of rivers were encroached upon by builders.

A study by Dr Shakil A. Romshoo of Kashmir University's department of geology and geophysics proved the massive deterioration of wetlands and flood channels. The study, based on geo-informatics, satellite imagery and extensive field observations, proved that the Hokersar wetlands, one of the biggest in India, had shrunk to less than 45 hectares in 2014 from 210 hectares in 1969.

Romshoo said that traditional flood channels prevented floods in Kashmir by carrying excess water from the Jhelum to large wetlands like Hokersar, Shalbugh and Haigam. When the water level dropped in rivers during winters, the water from the wetlands would flow back. A few decades ago, rivers in Kashmir provided most of the drinking water. The river-flood channel-wetland ecosystem reduced flood damage and ensured drinking water. “This was the most easy and natural way to control the flow in rivers,” said Romshoo. “Since most of the flood channels have now been closed, flood water makes its way into residential areas flanking the Jhelum.”

The Doodhganga, a major tributary which diverted flood waters from the Jhelum to swamps in the city, was extensively encroached upon during the militancy years. Most of the neighbourhoods on it banks, like Karan Nagar, Bal Garden and Gol Market were submerged in over 10 feet of water during last year's floods.

To prevent a repeat, the state government is planning to dredge the Jhelum by 10 metres and raise the embankments. Wherever possible, flood channels would be reopened. Much of the funding would come from the Centre; estimated cost of the first phase is Rs.400 crore.

“This is a short-term solution,” said a government irrigation expert. “The permanent solution would be to create a separate channel from south Kashmir to the north, from where the waters would flow into Pakistan-occupied Kashmir.” The official said that Pakistan would object to the this channel being built. As it is, India and Pakistan do not see eye to eye on the Indus Waters Treaty, which was brokered by the World Bank in 1960. The treaty, which was signed by prime ministers Jawaharlal Nehru and Ayub Khan, says that India has control over the Beas, Ravi and Sutlej rivers, while Pakistan will control the Indus, Chenab and Jhelum.

The 2014 floods shook the Srinagar Municipality, Srinagar Development Authority and Urban Environmental Engineering Department from their slumber. The bodies are working on improving the drainage and sewage network in the city.