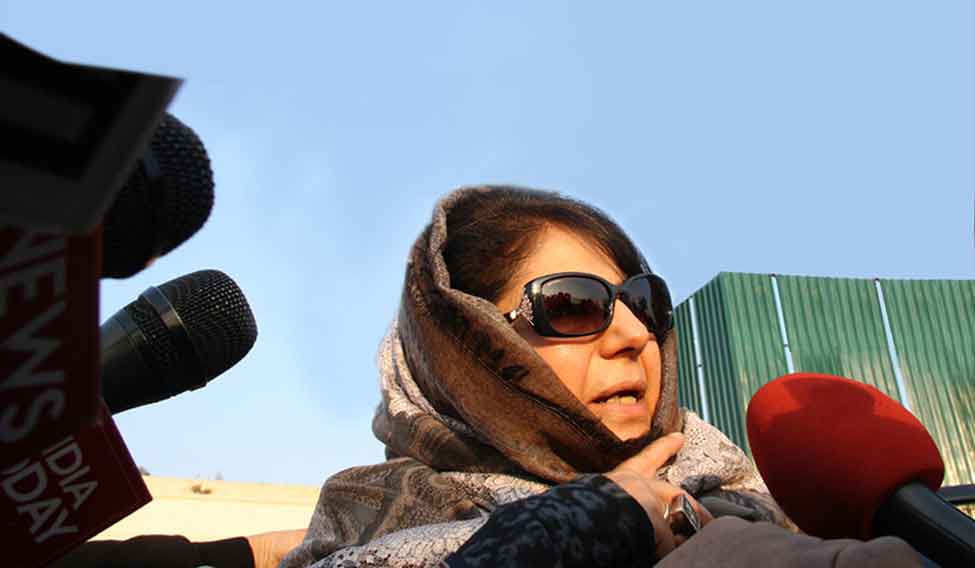 Despite its many complaints, the PDP might continue its alliance with the BJP to stay in power

On February 2, after meeting governor N.N. Vohra, Peoples Democratic Party president Mehbooba Mufti broke her silence on Jammu and Kashmir's political future. Before government could be formed, she said, the Union government had to take some confidence building measures. “Mufti sahab used to say 'I didn’t join hands with [Prime Minister Narendra] Modiji, I joined hands with the crores of Indians who elected him',” she said.

Vohra had called PDP and BJP leaders to discuss government formation in the state, which had come under governor's rule after chief minister Mufti Mohammad Sayeed, Mehbooba's father, died of multiple organ failure on January 7.

Sources, however, said Mehbooba could be playing to the gallery as she knows a snap poll could be disastrous for the PDP, which seems to have lost its popular support because of its alliance with the BJP. It had taken the Mufti five decades to dethrone the Abdullahs, and Mehbooba would not want to undo the effort.

The BJP, on the other hand, would not want to lose PDP support just before elections in states such as Kerala, Assam, West Bengal and Tamil Nadu, which have a sizeable Muslim population.

But, though it might stick with the BJP, the PDP has raised several complaints about its partner. On January 31, after a meeting of PDP legislators, presided over by Mehbooba, the party released a statement that said: “Instead of implementing his [Sayeed's] vision of bringing peace, stability and prosperity to the state, certain quarters, both within Jammu and Kashmir and in New Delhi, started overtly and covertly triggering frequent controversies over avoidable contentious issues resulting in wastage of government’s energies in firefighting and propitiation.”

The PDP's biggest worry is the lack of financial support by the Union government to flood victims and for developmental schemes. The PDP badly miscalculated that an alliance with the BJP would ensure generous funding from the Centre. The perception is that the Modi government has been generous only in funding projects concerning the welfare of Kashmiri Pandits and West Pakistan refugees.

Moreover, the Rs.80,000-crore economic package, which Modi announced during his visit to Srinagar last year, would be spent over five years on schemes that will not benefit the common Kashmiri. Much of it will be invested in the power sector and for connectivity in the border areas, leaving little for job generation and infrastructure development. The Modi government has, however, given Rs.2,000 crore to welfare schemes for Kashmiri Pandits and West Pakistan refugees.

Avinash Rai Khanna, the BJP MP in-charge of Jammu and Kashmir, said the problems regarding the agenda of alliance must not delay government formation in the state. “We have a mechanism in place to review the commitments in the agenda of alliance,” he said. And, as Mehbooba seems to be realising, to stay in power, her grievances would have to take a back seat.