Our job is to lose our job 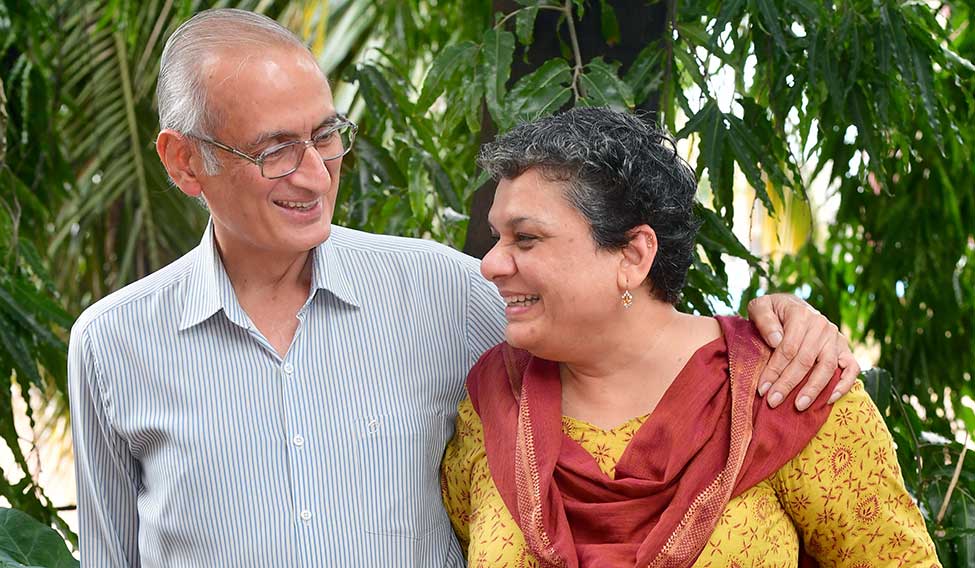 We are here to bring about social transformation, not just to do charity. We believe that local people have the power to bring about change in their lives, but they require support and friendship and empowerment, and that is what we are here to do. [We want to] socially transform society into one where people are equal. We work with three generations—children, youth and adults—so that the social transformation becomes an ongoing process.

The villagers now say that MASUM may or may not be here tomorrow, and that is the ultimate empowerment. When they say that they don’t need MASUM, I think that is the core of our success. So, our job is to lose our job. That is why all our staff are from the community. Our role in the community is over; it is only about arranging money, looking after the finances, and a bit of support and direction.

Where does the money come from?

Ramesh and I worked voluntarily for 13 years; our salaries were not coming from MASUM. We were forced to take Rs 5,000 each for two projects because two major funding agencies, the Ford Foundation and the MacArthur Foundation, were reluctant to sanction projects unless we were financially committed to it. For our microfinance programme and economic rights programme, Sunil Dalal of the company Modern Paper Converters offered money. We started with Rs 50,000 as seed money for each of the 20 villages. Later, Manisha resigned from FRCH and joined Centre for Enquiry into Health and Allied Themes, and I, too, left FRCH and started working full-time for MASUM. For one year, 1997 to 1998, we went to Johns Hopkins University’s Department of International Health as visiting fellows. That was the time to reconsider what MASUM was going to be. Was it going to be a tiny sapling, or was it going to get a proper form? Everybody told us not to stifle it. So, when we came back, we wrote two project proposals and that funding (Ford Foundation and MacArthur Foundation) came in 2000.

We have been very careful about money. We follow Gandhian principles—you spend money when you need to, but there should be no wastage. At this point, Ramesh and I are drawing 030,000 each and our annual budget is more than Rs 1.5 crore.

We have also built property and bought apartments, fortunately before the property boom, and we have seen to it that all are owned by MASUM. People will not suffer once we retire. The Ford Foundation gave us an endowment fund of $5,00,000 when they completed 50 years of grant-making 15 years ago. Now, it has grown to Rs 6 crore. The interest from that helps.

We have also had longterm supporters. We have regular funding from Swissaid since the 1990s, the Narotam Sekhsaria Foundation and from TATA Trusts for about eight to 10 years. The Canadian International Development Agency funded us for some time for training our paralegal workers. American Jewish World Service has been funding us for the past three years and has been a precious partner. Asha for Education [a US-based nonprofit organisation] has also funded us. The money comes and in loving and friendly ways, and we are grateful to everybody who has trusted us.

How much money has MASUM disbursed so far?

No money is distributed except in the savings and credit programme. It is about Rs 1 crore annually in the Purander block, and about Rs 60 lakh to Rs 80 lakh in the Parner block. But, MASUM does not put the money. MASUM has given the seed grant. The women are saving. They take the money, they put it back. We are careful that the interest rates are not inflated. If certain loans can’t be repaid, we write [them] off. No rich person, police or courts are allowed to intervene to get our loans back, because then you are using the power of gender, class and caste over the poorest women you are working with.

How is the women’s status now?

They are able to negotiate much better and they don’t seek permission to go to the gram sabha. A woman in our savings group said that her husband had requested her to get a loan to install irrigation pipes, but when she took the money home, he said he wanted to use the money to buy a motorbike. So, she came back and returned the money. The power equation has changed. Secondly, they are out of the clutches of the money lenders. They are leading dignified lives, participating much more and raising their demands.

Like somebody said, these women cannot be stopped because MASUM has entered every house through children, through women, and through the savings programme. How will you stop MASUM?

How do you keep a marriage going strong? And, what does it mean to not tire of each other?

Though our personalities are different, our mission is identical. We are working for the people, with the people. There has never been jealousy or insecurity. Manisha is more vocal, more articulate, more outgoing. I am a little reserved; I talk when I need to. We both care for each other, and we have provided space to each other. We have not clashed, at home or at work. Like Kahlil Gibran says, “The pillars of the temple stand strong and apart”. If she isn’t here, it is not that the children will not be taken care of or that I won’t have anything to eat. I also cook a whole meal, she also likes to cook, and housekeeping is also shared.

Don’t merge your personalities with each other. The other person should enrich you, not define you. Ours is not a perfect relationship and thank goodness for that. What would you do with a perfect person? I would feel so inadequate.

What are your children doing?

Prateek, our son, studied law from ILS, Pune, did his master’s in public administration from Columbia University, New York, and is now director of law and policy in a national group called Engineers without Borders in Ottawa, Canada. Priya, our daughter, also did law, went to the US and worked with Manavi, an organisation for South Asian women. She was a lawyer for five years and has now moved to San Francisco to an organisation called LYRIC (Lavender Youth Recreation and Information Center), which works largely with the LGBT community, homeless people and immigrants.

Your form could not be submitted.
This browser settings will not support to add bookmarks programmatically. Please press Ctrl+D or change settings to bookmark this page.
Topics : #Man of the Year | #Society | #Couple of the year 2017