World Cup dream over, time for Team India to rebuild 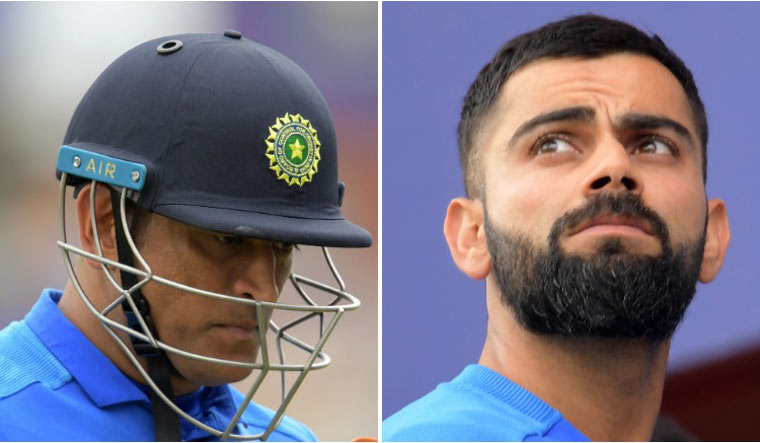 On Wednesday afternoon, day two of the semifinal between India and New Zealand, the sun shone brightly over Old Trafford as the Indian team walked slowly towards the team bus after the 18-run loss, mulling over what could have been. On the other side, in front of the New Zealand dressing room, the victorious Black Caps team members and their happy family members posed for a group photo for the official Black Caps social media team.

The pre-tournament favourites ended up playing catch-up for most part of their semifinal game against the Kiwis and despite a brave fightback from its middle order, saw its worst fears coming true in the knockout match. The overcast and heavy conditions played their part no doubt but the Indian top order, with its two best batsmen—Rohit Sharma and Virat Kohli—was rattled by some brilliantly executed, unforgiving pace bowling by Trent Boult and Matt Henry. The score read 5/3 at one stage. Despite the rearguard action from Ravindra Jadeja, with support from M.S. Dhoni, India just couldn't get over the line, partly because of the rub of the green not going their way and partly because of the former skipper's waning finishing and big-hitting prowess.

ALSO READ: Was Dhoni run out off a 'free-hit' delivery in India-NZ semifinal?

Team India has to start the rebuilding process soon. They will be touring the West Indies next month and playing all three formats there. That should be the starting point. Fresh blood has to be injected both at the top and middle of the batting order to support Rohit Sharma and in the absence of the injured Shikhar Dhawan. There are talented youngsters waiting in the wings, prepared by none other than India A coach and now National Cricket Academy head Rahul Dravid.

An India A team is already in the West Indies ahead of the main series. Remember Yuvraj Singh had three years under his belt as ODI middle-order mainstay before the 2003 World Cup came along and even then it took two more World Cups for him to realise his dream of becoming a champion.

Compare this with Rishabh Pant who had only five ODIs under his belt before he was transported to the World Cup as replacement to injured Shikhar Dhawan. Skipper Virat Kohli was right when he decided to go easy on Pant for the manner in which he got out after steadying the Indian ship somewhat in the semifinal. He will learn from his mistakes—every player, including Kohli, the best ODI batsman in the world, has made some as a youngster.

The core of the Gen Next is comprised of Pant, Pandya, Jasprit Bumrah, Kuldeep Yadav, along with the core pillars like Sharma and Kohli. Talents like Prithvi Shaw, Shubhman Gill, Mayank Agarwal, Hanuma Vihari, Krunal Pandya, Rahul Chahar and few others should given long enough exposure in white-ball cricket in both its formats once they graduate to the senior team. While India prepare for the T20 World Cup next year, their team for the 50-over format has to be built simultaneously.

The team management needs to figure out where Pant is best suited to play—the number four slot was a temporary position only for the World Cup. Till now, they have only dithered and given the options in terms of talent coming through, which is unacceptable.

India never had a firm number 4, 5 and 6 during their World Cup campaign because the selectors and team management had not tried to firm it up decidedly. While this “flexibility” worked in the league phase in England, in the knockout match where the margin for error is wafer-thin, its frailties were exposed.

Questions need to be asked—how far one can or one should invest in the likes of wicketkeeper batsmen Dinesh Karthik, all-rounder Kedar Jadhav and Dhoni. While the trio have only done what the team management asked them to, the end of World Cup was always going to be an end of their utility to the team. Cruel, but the rebuilding process was always going to start post the World Cup.

Dhoni has been running on a near empty gas tank for some time. Team India's most seasoned campaigner was assigned the role of the senior player who 'helped' finish games but not finish them himself. Questions will remain on the decision to send him after Hardik Pandya. Though Ravindra Jadeja came up with one of his best ODI performances with the bat, there was too much left to do in the end for both him and the ageing Dhoni.

There are bound to be changes in the coaching staff post the West Indies tour, when elections to the BCCI are held as expected in October. A new regime will most definitely bring in changes, of course in consultation with skipper Virat Kohli and other senior players. Does coach Ravi Shastri want to continue? His tenure, along with that of the coaching staff, has been extended till up to the end of the West indies tour. Any new coach will have to share good dynamics with skipper Kohli.

Team India’s strength and conditioning coach Shankar Basu and Physio Patrick Farhat, both of whom have played a massive role in keeping the players match fit despite incessant cricket leading up to the World Cup, have already bid goodbye. Changes are due in the support staff, too.

Last but not the least, Indian cricket also needs a fresh selection committee. It is a fact that selection is a thankless job, but this committee too has run its course. A fresh, vision is needed along with the ability to be decisive. A new committee will be in place only post BCCI elections. While there is bound to be continuity in terms of creating bench strength and adding to it, a fresh start to Indian cricket is eagerly awaited. The World Cup 2019 is over. For Indian cricket, that is.