Jadeja ripped me apart 'by bits and pieces': Manjrekar after India-NZ semi

For Jadeja, the semi was his best chance to prove his mettle before his critics 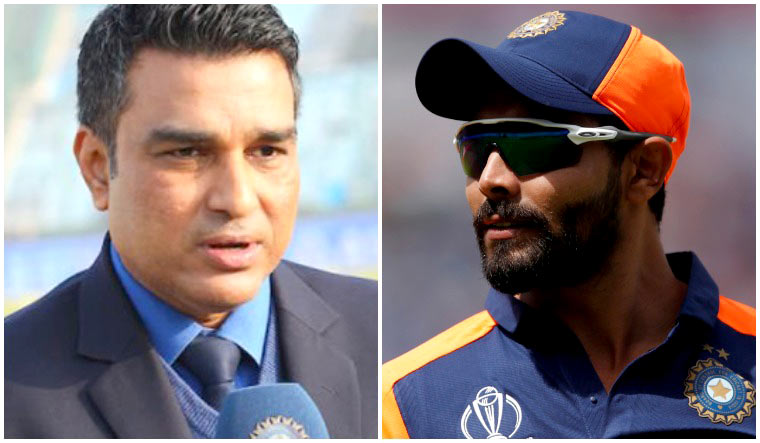 Overcast conditions prevailed at Old Trafford, and on the faces of thousands of Indian fans who were watching India fall like a house of cards against New Zealand in the World Cup semifinal on Wednesday. However, it was still too early to call it New Zealand's game with M.S. Dhoni and Ravindra Jadeja on crease.

Coming into bat in at no. 8 after Dhoni, 'Sir Jadeja'—as he is fondly called by fans—gave India a glimmer of hope. While the likes of Rohit Sharma and Virat Kohli failed, Jadeja seemed to be in his elements.

With four boundaries and an equal number of sixes, Jadeja was building the Indian innings, brick by brick, with the help of his Chennai Super Kings team captain Dhoni who was rotating strike.

Before the duo took charge, the World Cup dream of crores of Indians were almost crushed after India's top order—one of the most formidable in the world currently—got out cheaply scoring a run each. With Rishabh Pant, Dinesh Karthik and Hardik Pandya too failing to make much of an impression, it seemed to be the end of the road for India. But Jadeja and Dhoni had other ideas.

But soon, Trent Boult did the unthinkable, delivering the much-needed breakthrough. Jadeja was caught by Black Caps skipper Kane Williamson for 77 off 59 balls off a Boult delivery. At 130.50, he was the lone Indian batsman to have a strike rate above 100. Soon, India's world cup aspirations came to a grinding halt.

Earlier in the day, Jadeja had made two crucial contributions that restricted New Zealand to 239. His brilliant direct throw from the outfield got rid of Ross Taylor (74), the highest scorer for New Zealand. Off the next ball, Latham got out after being caught by Jadeja off a Bhuvneshwar Kumar delivery.

On Tuesday—the first day of the match which had to be extended to the reserve day following rain interruptions—Jadeja had recorded one of the best bowling figures in the current World Cup. Giving away just 34 runs in 10 overs and scalping the crucial wicket of New Zealand opener Henry Nicholls, Jadeja proved that he is an all-rounder that India could bank upon.

However, for Jadeja it was his chance to prove his mettle. With his '3D' performance, the Saurashtra player managed to give a befitting reply to commentator Sanjay Manjrekar's "bits and pieces" remark about him. "I am not a big fan of bits and pieces players which Jadeja is at this point of his career in 50-over cricket. In Test matches, he is a pure bowler. But in 50-over cricket, I would rather have a batsman and a spinner," Manjrekar had earlier said, inviting wrath from various quarters, including former English captain Michael Vaughan.

Jadeja had hit back at Manjrekar, terming his comments "verbal diarrhoea". "Still i have played twice the number of matches you have played and i m still playing. Learn to respect ppl who have achieved. i have heard enough of your verbal diarrhoea (sic)," Jadeja tweeted tagging the commentator.

Unsurprisingly, Manjrekar had a change of mind after Jadeja's on-field performance on Wednesday. In a post-match session, Manjrekar said on camera, "By bits and pieces of sheer brilliance, he's ripped me apart on all fronts." He also took to Twitter to appreciate Jadeja for his game. "Well played Jadeja!" tweeted Manjrekar with a wink sign.

Well, India might have lost the match, but 'Sir Jadeja' has managed to win a critic's heart.