Kohli goes easy on Pant, says he will learn from mistakes 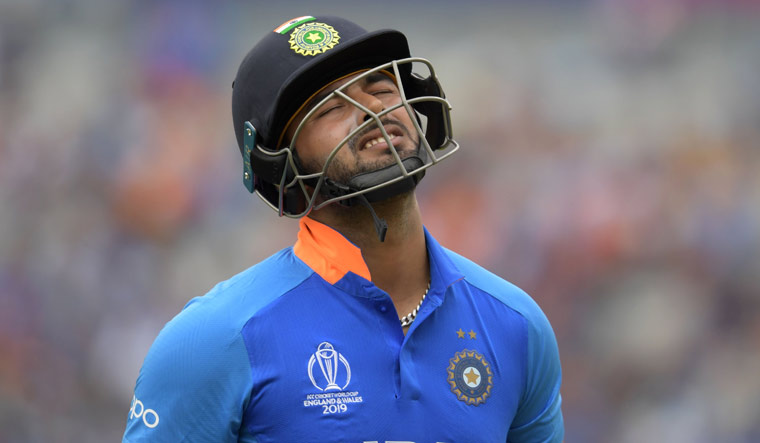 Rishabh Pant might have given the world a solid reason to question his shot selection during India's World Cup semifinal against New Zealand, but skipper Virat Kohli refused to be too harsh on his young batsman.

Heartbroken but composed, Kohli looked back at the mistakes he had made as a youngster to analyse the moment of indiscretion, which led to Pant's dismissal after he dug in their briefly in an attempt to rebuild from a precarious five for three, and then, 4 for 24.

“He's still young. I made many errors when I was young in my career and he will learn. He will look back and think yes, he could have chosen a different option in that situation and he realises that already,” Kohli said Wednesday night, strongly backing the youngster.

In fact, the skipper sought to praise the brief partnership between Pant and Hardik Pandya. While Pant got out while trying to slog-sweep Mitchell Santner, Pandya holed out to Kane Williamson in the deep.

“He (Pant) is an instinctive player and did well to overcome that situation and stringing a partnership with Hardik (Pandya). I think the way they played after the loss of three wickets, four wickets rather, was quite commendable. I am sure he will reflect on it and he will come out stronger,” he said.

Soon after Pant's dismissal, cameras caught Kohli walking out of the dressing room to have an animated chat with coach Ravi Shastri.

However, Kohli said it's the player who suffers the most after committing an error.

For the captain, Pant is one for the future with the kind of talent he possesses.

“The talent is there for everyone to see and the character is there, but, as I said, yes, a few shots (refers to Hardik Pandya), not just Rishabh's. But that happens in sport. You make errors, you make decisions which are not right at that time and you have to accept it."

Kohli was particularly happy for Ravindra Jadeja, who put up a lion-hearted show with the bat after his impressive bowling and brilliant fielding.

“I don't think we had to say anything to Jadeja after what happened over the last one week. He was quite ready to just get on to the park, to be honest,” Kohli said, referring to Sanjay Manjrejar's 'bits and pieces' cricketer remark.

“I'm really happy for him because he's been a very understated but a top quality cricketer for India on the field, with the ball, with the bat, priceless, so he's had a great game today.”

He is certainly sad that one bad day in the knockouts ended a good campaign and wouldn't mind if the ICC revisits the format.

“I think we are sad but we are not devastated because of the kind of cricket that we played in this tournament. We know where we stood as a team and today we were not good enough and that is the nature of this tournament. A bad day in the knockout stage and you are out of the tournament,” he lamented.

“May be, we could have a re-look at the format where a team that has been consistent doesn't get knocked out for having one bad day,” the skipper said.

The skipper said that there would be some introspection of the performance but not immediately.

“I don't think that I would like to break things down immediately. But in time we'll have to sit down and analyse where we went wrong and the things we could have done right in this game particularly.”