Overthrow in ICC World Cup final to be reviewed in September 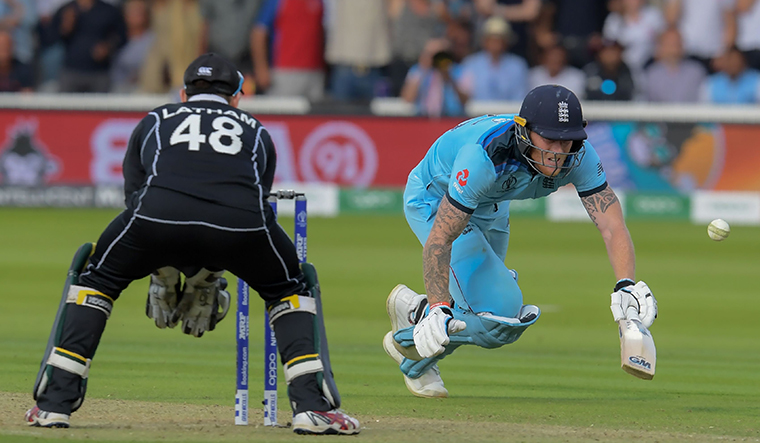 The throw from the deep that ricocheted off Ben Stokes's bat to the boundary during the ICC World Cup final, will be reviewed in September, the custodians of the game's laws, Marylebone Cricket Club said on Monday.

The overthrow rules drew MCC's attention after New Zealand were left to rue a fortuitous, last-over overthrow that went for four after getting a deflection off Stokes's bat, helping England take the match into Super Over and eventually lift the trophy via boundary count.

"The WCC (World Cricket Committee) discussed Law 19.8 in relation to overthrows, in the context of the ICC Men's Cricket World Cup Final. WCC felt that the Law was clear but the matter will be reviewed by the Laws sub-committee in September 2019," the MCC said in a statement.

Chasing New Zealand's 241, England needed nine runs from the final three balls when a throw by Martin Guptill deflected off diving Stokes's bat for a boundary.

On-field umpires Kumar Dharmasena and Marais Erasmus awarded England six runs in total, two by the batsmen and four for the overthrow.

But former ICC Elite Panel umpire Simon Taufel said as per the rules, the umpires should have awarded England five runs instead of six as the batsmen didn't cross when Guptill released the ball from deep.

Chaired by ex-England batsman Mike Gatting, the MCC World Cricket Committee met at the Lord's on Sunday and Monday, but former India captain Sourav Ganguly, who is also part of the panel, skipped the meeting due to personal reasons.