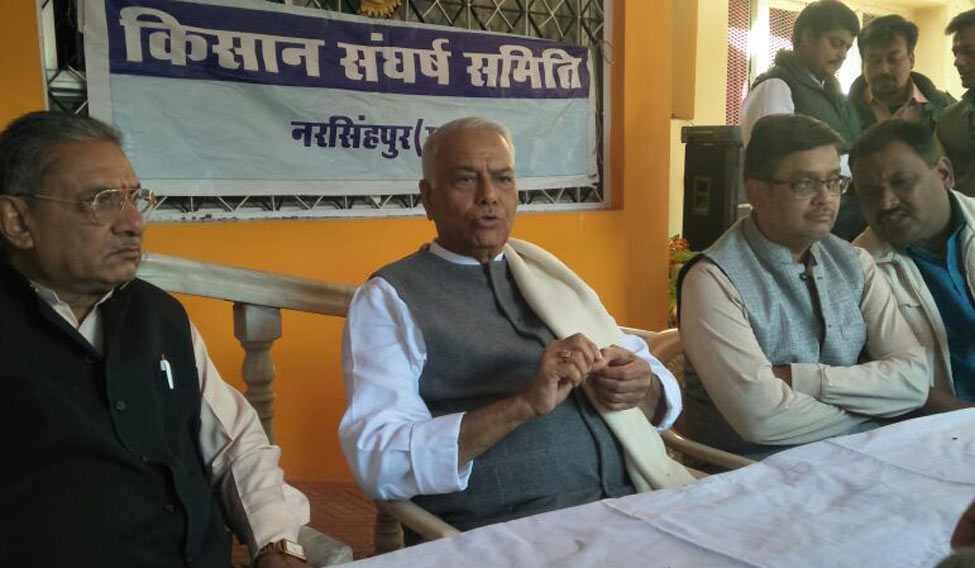 They were accompanied by Shivkumar Sharma of Rashtriya Kisan Mazdoor Sangh and several farmer leaders of the region. The two leaders accused the state government and Union government of going back on the promises made to farmers during the polls.

Sinha said, “I am away from electoral politics, but will continue to oppose Modi government for his anti-farmers policy. The way FDI is being implemented won't be good for poor people.’’

The duo presented a memorandum to district collector, demanding full price to sugarcane farmers and compensation to peasants who lost their land to NTPC thermal power plant.

Parihar said, “The farmers of state are undergoing the worst period in last one decade due to poor policies of government. The prices of produce is hitting rock bottom, making farmers to beg’’.

Your form could not be submitted.
This browser settings will not support to add bookmarks programmatically. Please press Ctrl+D or change settings to bookmark this page.
Topics : #Yashwant Sinha | #Madhya Pradesh