India, UK to research on crops with nature friendly genes 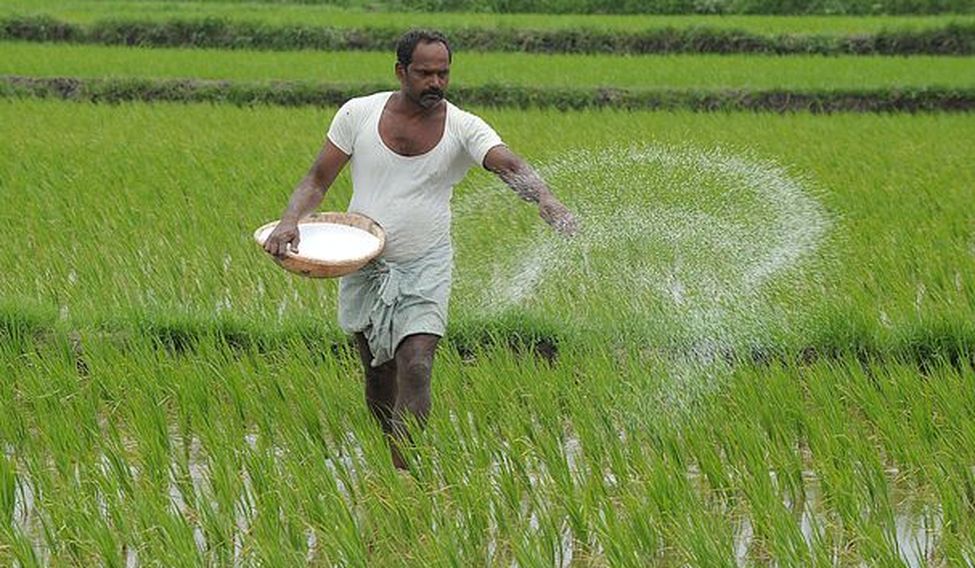 For long farmers in India were devastated with problems of low productivity, nitrous scaling on fields and leeching of poisonous nitrite and ammonia salts into their ground water and waterbodies, which had all caused declining yields of crops and poorer health for farmers and their family.

Use of excessive urea and other chemical fertilisers had furthered the problem to even suicidal extent for many Indian farmers during recent years. But finally, a solution to this long aching problem for the agriculture sector seems to be on India's horizon in the form of a more nitrogen-efficient plant.

To achieve success in genetic research of this attribute in cereal crops, a team of researchers from India and UK have joined hands. Through a partnership entered by researchers of Hyderabad based International Crop Research Institute for the Semi-arid Tropics (ICRISAT) and Cambridge based National Institute for Agricultural Botany (NIAB), the holy grail of crop biotech nitrogen efficient crops will be researched on.

"The nature friendly plants are likely to make farming more efficient, eco-friendly and viable for the farmer," said Rajiv Gupta, principal scientist from ICRISAT, who will be leading the team. "We will be exploring the trait of efficient metabolism for nitrogen in the germoplasm of plants like wheat, sorghum, foxtail millet and pearl millet," added Gupta.

A funding of £ 10 million (GBP) will be done through the Newton Bhabha Fund, Biotechnology and Biological Research Council (BBSRC), both in the UK. Funding from from the India side will be done by Department of Biotechnology (DBT) of the Government of India, along with ICRISAT.

For the research on agricultural nitrogen, four new virtual joint centres will be created in partnership by BBSRC, the Natural Environment Research Council of the UK. These Centers would be multiple research organizations in India and the UK, with each receiving a co-investment of approximately £ 2.5 million from both the partner countries.

From India, initially joining ICRISAT researchers would be scientists from Punjab Agriculture University, National Institute of Plant Genome Research and a specialist in Agri IT, KisanHub, a UK-India joint venture firm who would be part of the research.

In the recently held launch meeting of Cambridge India Network for Translational Research in Nitrogen (CINTRIN) in Cambridge, a memorandum of agreement was signed by both ICRISAT and the Department of Bio-technology, on behalf of government of India, for this research.

“The overarching aim of CINTRIN is to improve not only the income and livelihood of farmers by reducing the inputs cost, but also to save the environment by minimizing the negative impacts of excessive use of fertilizers,” emphasized Dr Rajeev Gupta, Principal Scientist, ICRISAT, who is leading the Indian team of CINTRIN.

Alison Bentley, director of genetics and breeding at NIAB, Cambridge said: "The CINTRIN partners will translate developmental biology research into innovation in nitrogen use by Indian farmers.” Developmental research, crop breeding, agri-technology and extension work will be connected with easily accessible data-driven methods of technology transfer, developed by KisanHub, he said.

Initially, during the research, the nitrogen-efficient trait would be developed on lesser plants like algae and moss and then transferred into cereal crops like wheat, maize, sorghum.

"This collaboration was absolutely necessary for us to enhance next generation plant technologies. It is an essential step for research to contribute in solving pressing problems faced by agriculture here," said K. Vijay Raghavan, secretary department of biotechnology, confirming the development.

Your form could not be submitted.
This browser settings will not support to add bookmarks programmatically. Please press Ctrl+D or change settings to bookmark this page.
Topics : #Agriculture