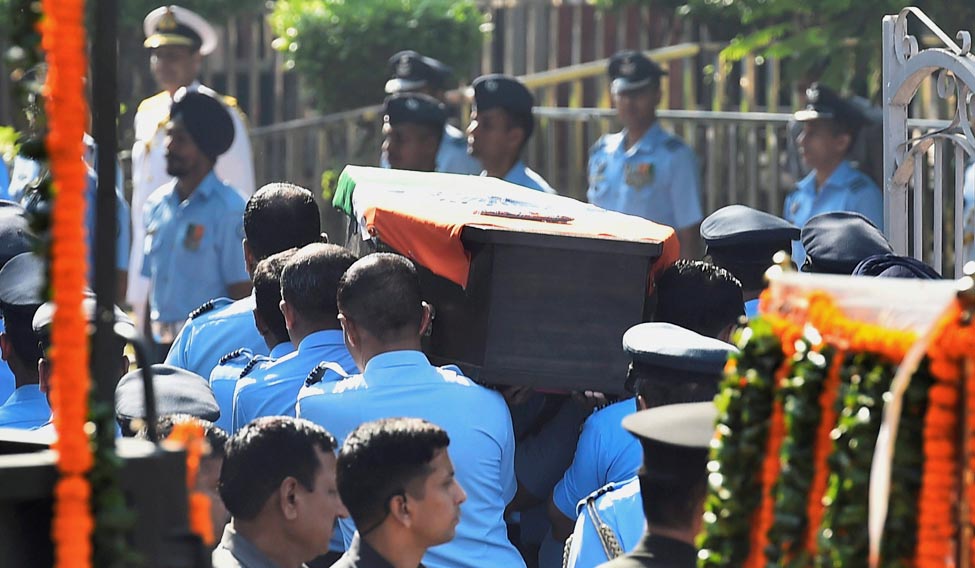 Arjan Singh, India's oldest serving military officer was cremated in accordance to a state funeral complete with a 17-gun salute. Marshal of the Indian Air Force who died of cardiac arrest at age 98, Singh also received the honour of flags flying at half mast at all government buildings in Delhi. These are protocols followed during a state funeral. But, what is the protocol that decides who gets a state funeral and how?

Usually state funerals are reserved for current and former presidents, prime ministers, union ministers and state chief ministers. Some of the main features of a state funeral, apart from a gun salute and flags flying at half mast, include declaration of a state or national day of mourning, a public holiday and the deceased's coffin being draped with the national flag. In recent time, rules have changed so that state governments can decide who can be given a state funeral according to the stature of the person.

The government, including the chief minister of the state, take into consideration achievements by the deceased in fields like politics, literature, law, science and cinema. Consultation of senior state cabinet ministers are sought on the matter. The decision on the flag code, that is for how long the flags should fly at half mast is exclusively the president's decision.

Our government has made exceptions in the past with regards to honouring people with a state funeral. And in each case, the decision was justified with prominence of the position they held and the contribution they made to their respective field. Shiva Sena chief Bal Thackeray, who had never held a legislative position was given a state funeral. Others who received the honour include Mahatma Gandhi, who played an instrumental role in India's freedom movement; Mother Teresa, a Catholic nun who later went on to be saint; Sarabjit Singh an Indian farmer who crossed the border and was convicted of being involved in the 1990 terror bombings in Lahore and Faisalabad; Gangubai Hangal, a singer of Hindustani music and Pandit Bhimsen Joshi, a legendary Hindustani classical singer.