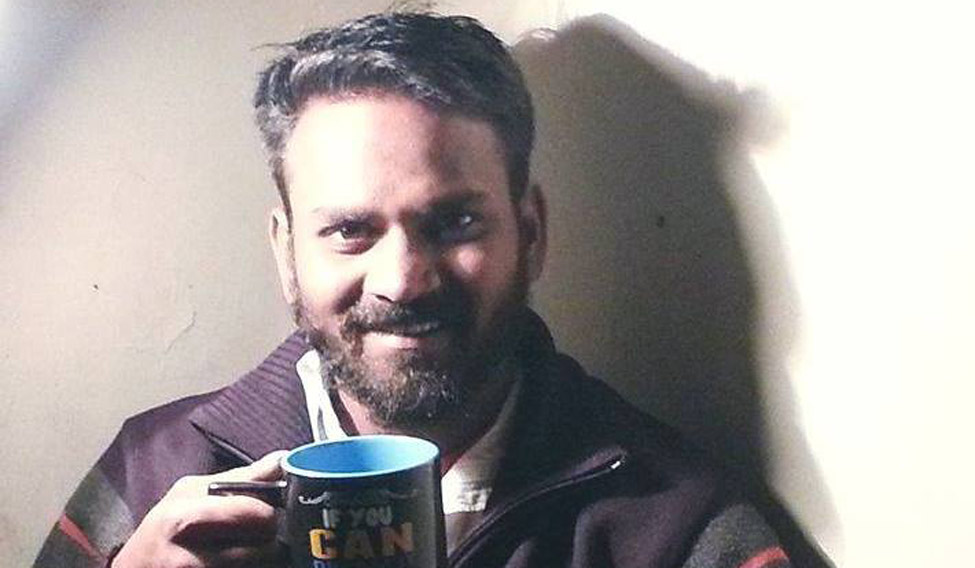 “... There is no Equality in M.phil/phd Admission, there is no equalitiy in Viva – voce, there is only denial of equality, denying prof. Sukhadeo thorat recommendation, denying Students protest places in Ad – block, denying the education of the Marginal’s. When Equality is denied everything is denied.” (sic)

With these words Muthukrishnan Jeevanantham ended his Facebook post on March 10. Three days later, the police found the body of the JNU student hanging from a ceiling fan at a friend's house in Munirka Vihar, south Delhi. The 27-year-old dalit PhD student had, reportedly, participated in Holi celebrations on the campus and had retired to the friend's place to have food and take rest as he was tired. Though the police is yet to confirm the reason behind the alleged suicide, they have hinted at Muthukrishnan being “disturbed” over personal issues.

His post, however, has cast a shadow over the claims of the police, and his friends and family have voiced their suspicions on his alleged suicide. His death might remind one of Rohith Vemula, a PhD student from the University of Hyderabad (UoH), who committed suicide on January 17, 2016. The Ambedkar Students Association, of which Vemula was a member, and the Akhil Bharatiya Vidyarthi Parishad had a confrontation, which eventually led to the eviction of the dalit (though the HRD ministry disagrees) PhD scholar and four of his friends from the university hostel. Vemula's suicide sparked nationwide outrage over caste discrimination in university campuses.

Ironically, Muthukrishnan knew Vemula well—he met Vemula “six times”—having enrolled for MPhil at the UoH before joining the JNU for his PhD in modern Indian history. In fact, after the latter's death, Muthukrishnan wrote an emotionally-charged blog post, which he ended thus: “All intellectuals from marginalised communities will get arrested just for mocking fictional characters. At the same time, all the leading national institutes will be headed by people who cannot even clear the 10th standard exam. These people claim dissenters as anti-nationals and seditious. They are going to kill many Rohiths, like us, just for eating beef, for being rational, for being intellectually productive for the country. But we are the real sons of this land and after we are all killed, there will be no nation.

What are you waiting for to support an innocent mother?

Let us all, students from all over the world, become Radhika amma’s Rohith by supporting this anti-caste movement. Let us fight together to help the helpless mother.”

He was an active participant in the protest meetings in the memory of Vemula, and also supported the 'Block the Ad Block' movement by Committee of Suspended Students for Social Justice in the JNU. Muthukrishnan, or Rajini Krish on Facebook (he was an ardent fan of superstar Rajinikanth), hailed from Salem in Tamil Nadu. His father works as a watchman and his mother is a daily wage labourer. He has three sisters. He used to do “menial jobs” and managed to get admission to the JNU after several attempts, and he was ecstatic about the achievement.

Umar Khalid, the JNU student who was charged with sedition last year, took to Facebook to lament how Indian “universities are being turned into grave yards for the oppressed”. Former JNUSU vice-president Shehla Rashid slammed the Delhi Police on Twitter for saying Muthukrishnan committed suicide because he was “disturbed” and called for a thorough probe into the matter.

Now @delhipolice's answer to death & disappearance of students is a template one: disturbed!

JNU vice-chancellor M. Jagadesh Kumar, too, took to Twitter to express condolences on behalf of the university.

JNU community is grief stricken at untimely & sad demise of Shri Muthukrishnan J. We pray that God be with his family at this critical time.