Pottermore: Beyond books and films 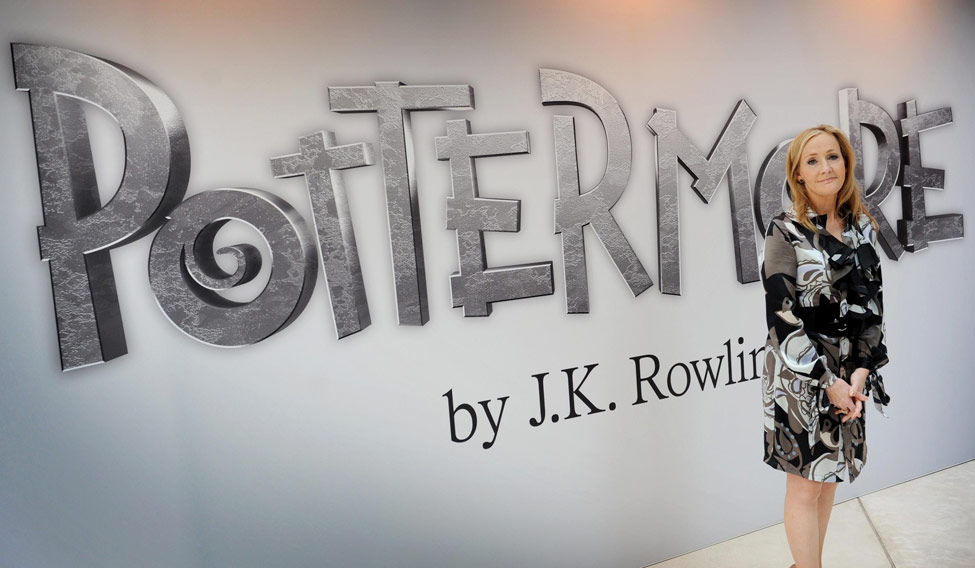 “The scar had not pained Harry for nineteen years. All was well.” I stared blankly at my computer screen—the sense of loss was overwhelming. Death must be like this, I remember thinking then—you know it's coming but you hurtle towards it nevertheless. I never wanted the Harry Potter series to end, but I was devouring the pages of Harry Potter and the Deathly Hallows like there was no tomorrow.  The year was 2007 and I had just 'scrolled' to the last page of the last book of the Harry Potter series. Yes, scrolled, because, the wait for the printed edition would have killed me, and so, I had settled for an ebook. Better than a slow, painful death, I had decided.

It took me forever to come to terms with 'The End' of the series on the boy wizard. The films helped, of course, to ease the pain. But it was only a brief lull, as, four years later, the last of the films was about to hit the screens. Just as the Potterheads around the world, including me, were bracing themselves for the Harry Potter-shaped void in their lives, J.K. Rowling cast a 'Patronus'—Pottermore! The website was the author's way of giving “something back to the fans that have followed Harry so devotedly over the years, and to bring the stories to a new generation”.

Rowling started Pottermore in 2011 in partnership with Sony. She and the management team worked on it for two years with a UK digital agency, TH_NK.

Only a select million fans were allowed access in the beginning. The site started off by selling ebooks (and boy, they did a good job—£1.5m-worth ebooks were sold in just three days!) and audio books, and satiating the basic desires of Potterheads, like joining the Hogwarts School of Witchcraft and Wizardry, getting sorted into the four houses and choosing your wand (rather, let the wand choose you) and brew potions. And there were exclusive tit-bits from Rowling. But most of it was centred on the first book—Harry Potter and the Philosopher's Stone—and soon the Potterheads, with their insatiable appetite like Crabbe and Goyle, started asking for more.

Just as in Hogwarts, you could earn and lose points for your house on Pottermore. The House Cup was up for grabs. You could duel, brew potions and explore the subsequent books to win or lose points. The website realised the dreams of millions of Potterheads, who got a hands-on experience of the wizarding world, albeit virtual. Interactivity was the key. A click of the mouse here, a click there, ushered us into a magical realm. And there were illustrations, which, many of the Potterheads missed terribly in the seven books. Every year more chapters from the books were thrown open for the readers to explore.

Pottermore underwent a major revamp and was relaunched on September 22, 2015. The website offered, in its own words, “news, features, and articles as well as new and previously unreleased writing by J.K. Rowling.” A redesigned Sorting Ceremony was launched in January last year. And in September, Pottermore let us have what each Potterhead had always wanted—his or her own Patronus. (I remember getting a Basset Hound as my Patronus and feeling a bit let down!).

The most defining contribution of Pottermore, however, has been the back stories and spin-off articles from the wizarding world, by Rowling. How else would we have known that Linfred of Stinchcombe was the first Potter, or that the first meeting between the Potters and the Dursleys was a disaster, or that the despicable Dolores Umbridge was a half-blood! Recently, we had Rowling exploring the wizarding schools around the world and the history of magic in North America, and the Wizarding World Book Club, where the Potterheads can “read, discuss and delve deeper into the Harry Potter stories, with anyone, anywhere”.

Over the years, Pottermore has, indeed, become “the digital heart of the Wizarding World”—characters, creatures, spells, magical objects... you name it. The 'Patronus', which Rowling cast six years ago, continues to remind every Potterhead that the world of magic is just a click away.