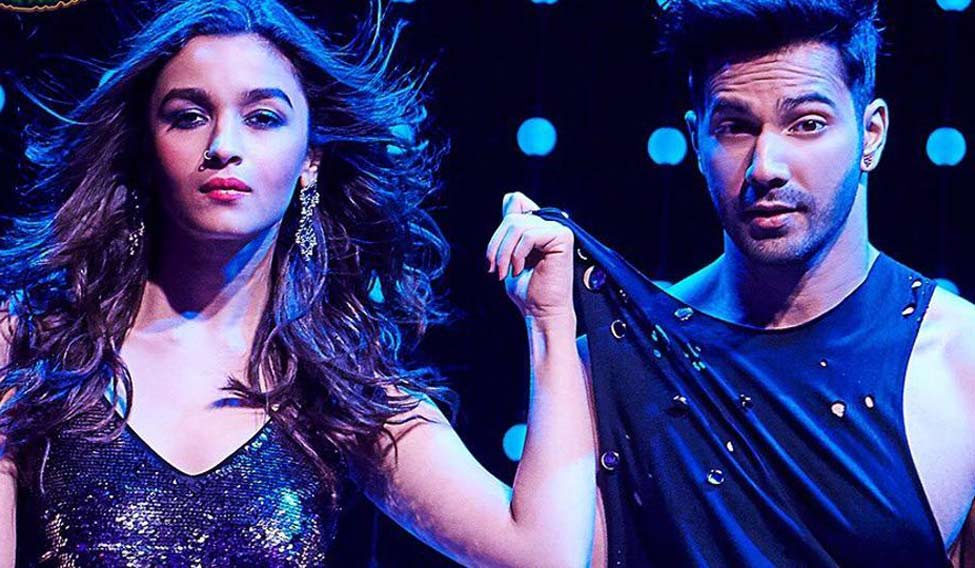 Alia Bhatt and Varun Dhawan in a still from the song, Tamma Tamma Again

Who would not remember the gorgeous Madhuri Dixit rocking the dance floor in a hot black latex outfit, in Tamma Tamma song from Thaanedar with Sanjay 'deadpan expression' Dutt for company. Almost three decades later, the hit song of the nineties has been recreated for Alia Bhatt-Varun Dhawan-starrer Badrinath Ki Dulhaniya. Though the choreographer of the original song, Saroj Khan, has expressed reservations about the “standard” of the remix, the song has already soared to the top of music charts, with Alia being equated with Madhuri.

Remixes were the trend in the 2000s, with every other old chartbuster being presented in a peppy and racy avatar. The trend was on the back-burner for quite some time, before resurfacing in style in 2016. If the success of Tamma Tamma Again is anything to go by, 2017 seems to be no different from 2016, as far as remixes are concerned.

Here's a look at a few other remixes that have ruled the music charts in the recent past:

This has to be one of the biggest remixes in recent times, because of two reasons—one, it was from Raees, a Shah Rukh Khan film, and second, it had the sensuous Sunny Leone swaying to the beats. The song—the new version of which was sung by Pawni Pandey and music composed by Ram Sampath—was originally from the 1980 blockbuster, Qurbani. It was sung by Kanchan and Amit Kumar, and the music was composed by Kalyanji Anandji. If it was Leone who sizzled in the remixed version, in the original number, it was the sultry Zeenat Aman who sent the mercury soaring.

In Hrithik Roshan-starrer Kaabil, music director Rajesh Roshan took the trend a step ahead by including two remixes—Dil Kya Kare and Saara Zamana. While the first one has Hrithik and Yami Gautam playing the blind couple, who are... er... blindly in love with each other, the second song had a ravishing Urvashi Rautela setting the stage on fire. The original Dil Kya Kare song was from the 1975 hit Julie and it was sung by none other than Kishore Kumar himself. The second song is a revamped version of the original number from Amitabh Bachchan's 1981 film Yaarana (remember Big B's black costume lined with twinkling light bulbs?). Interestingly, both the songs have originally been composed by Rajesh Roshan.

Every music lover would agree that Mani Ratnam's 1995 flick Bombay was a milestone in Oscar-winning music composer A.R. Rahman's career. If Uyire Uyire and Kannalane were melodious gems, Hamma Hamma was the ultimate dance number of that era. The Hindi version of the original track—it was in Tamil—was remixed by the Mozart of Madras himself for Ratnam's OK Jaanu. The film is a remake of the ace director's Tamil flick OK Kanmani. The original track had Sonali Bendre and Nagendra Prasad shaking a leg, while the new remixed version has Aditya Roy Kapur and Shraddha Kapoor swinging and swaying to Rahman's tunes.

There's something about Katrina Kaif and chartbusters—Sheela Ki Jawani, Chikni Chameli, Kamli... the list goes on. Kala Chashma from an otherwise forgettable film Baar Baar Dekho was another feather in her cap. She had the charming Siddharth Malhotra matching steps with her in the song, which is a remix of Punjabi singer Amar Arshi's song from the 90s. The new version by rapper Badshah was the most watched YouTube music video of 2016.

Gauri Shinde's Dear Zindagi, which brought SRK and Alia together for the first time on screen, recreated Illayaraja's classic sung by Suresh Wadekar from the 1983 hit Sadma. Music composer Amit Trivedi came up with two remixed vesions of the original song—the first was sung by Arijit Singh while the second—Take 2—by Alia. Sadma had Kamal Haasan and Sridevi playing the lead roles.