Bonjour. It is with a tinge of nostalgia I read about C.K. Birla-controlled Hindustan Motors Ltd selling the iconic ‘Ambassador’ brand to you. It was nice to know that the Rs 80 crore that changed hands would be used to clear the dues of employees and lenders. I am sure, with the Hindustan Motors factory in Uttarpara, West Bengal, shutting shop in 2014, it would have been a telling blow to many families whose everyday bread depended on it. The money, if it indeed, reaches the deserving hands, would be a huge relief.

That the Uttarpara factory dates back to 1942 shows how the 'Amby' has been part of India even before its independence. If it was the babu's vehicle in the power corridors of Delhi, in Kolkata, it donned the role of the humble taxi. In fact, the Amby was voted as the best taxi in the world by BBC's Top Gear programme.

I couldn't agree more. Though it was modelled on the Britain's Morris Oxford series of cars, the Amby couldn't have been more Indian. Having been brought up in Calcutta—now Kolkata—for me, the black and yellow taxis formed the lifeline of the City of Joy, much like the rickety buses, ancient trams and the underground metro. It might seem amusing, but the best part of all my vacations, was the journey to and from the Howrah Railway Station. The Amby had space for all—be it a family of four, like mine, or two families, depending on how much you can 'adjust', the Indian way! And not to forget, the luggage, too. It could give any contemporary SUV a run for its money as far as the leg space and boot space were concerned.

The dashboard, too, deserves a mention. It's nothing like what we have now. You had all the space in the world to arrange your framed deities—it usually was Goddess Kali or Guru Nanak—and stick in an incense stick or two along with a few flowers. And the driver would still have the space to squeeze in an old rag.

During the monsoons, when Calcutta would almost come to a standstill on the flooded roads, the Amby would, largely, wade through effortlessly, thanks to the great ground clearance it had. You could load your living room on to its roof and it wouldn't move a muscle—its monocoque chassis made it one of the sturdiest vehicles on the road. There was nothing like exploring the city in the Amby.

It's free run, however, came to an end in the 1980s when Maruti Suzuki entered the race. It was a downhill journey ever since, and, gradually, it lost out to its sleeker and fuel-efficient competitors. Though one can still find it on the busy roads of Kolkata, reminding us of a glorious past, there's no return for Amby from the pages of history.

So I thought, until I read about Peugeot's takeover of the 'Ambassador' brand. At the Auto Expo 2008, ace car designer made our hearts skip a beat with his 'Ambierod', which was inspired by our very own Amby. If the buzz the Rs 4-crore super luxury concept car generated is anything to go by, the Ambassador still holds a special place in every Indian's heart. 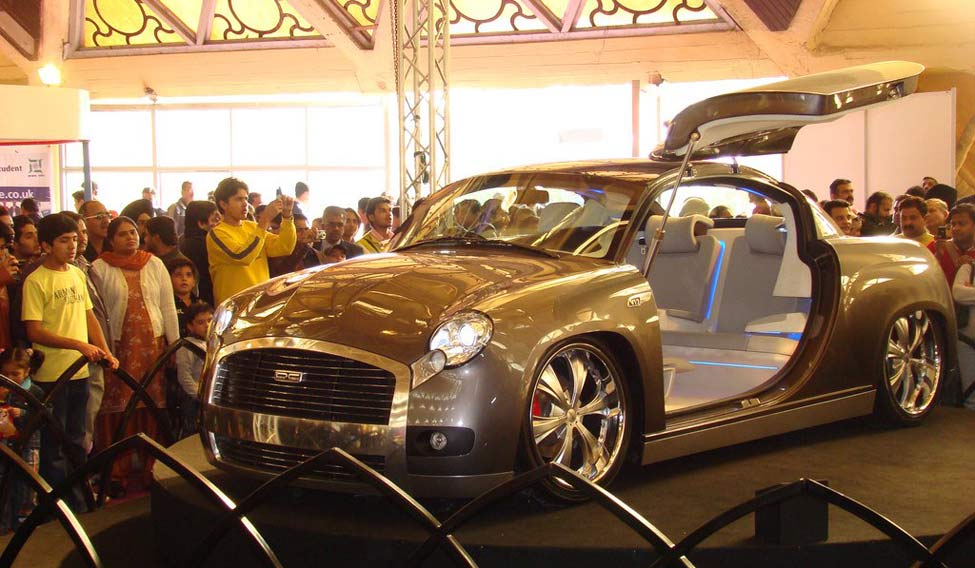 The PSA group's re-entry into the Indian automobile market—having tested the waters in the 1990s—might herald an exciting and nostalgic change. There has been no word yet on whether you plan to use the Ambassador brand for your cars in India, which will be manufactured at Hindustan Motor's Chennai factory. A car in the mould of our dear Amby fitted with your advanced technology would be the best gift you could give to us Indians. I will keep my fingers crossed, and eyes on the road.