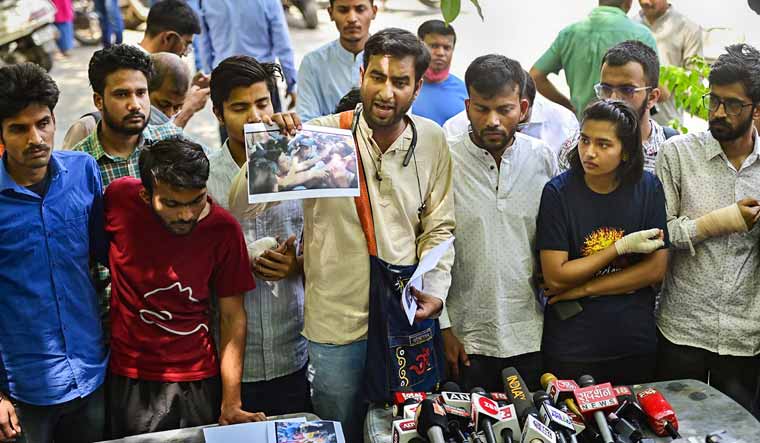 The JNU administration has responded to the overnight violence at the campus, which was triggered by a dispute over serving of non-vegetarian food. The Left-controlled JNU Students' Union (JNUSU) and RSS-affiliated Akhil Bharatiya Vidyarthi Parishad accused each other of pelting stones and injuring their members. The Leftist outfits claimed about 50 of their members were injured, while the ABVP said 10-12 of its activists were hurt. The violence began over a quarrel over serving of non-vegetarian food in the mess on Ram Navami.

The registrar of JNU issued a letter on the incident. It stated the vice-chancellor of JNU had conveyed that “no violence will be tolerated on campus” and appealed to students to maintain peace and harmony. The JNU administration reiterated its resolve for “zero tolerance towards any form of violence on campus”. It warned students to refrain from activities that could disturb peace and harmony on campus. It warned of disciplinary action against violators.

The JNU Students Union accused the Delhi Police of not acting on its complaints. ANI reported the JNUSU claimed “They (ABVP) attacked us with rods, flower pots... injuring students, 2 guards. Despite intimating police of possible violence in the evening itself, there was no action. Even when violence broke out, we were threatened in front of police, but no action [was taken] by them. We met with Vasant Kunj ACP who assured us of action against them (ABVP), but no arrest has been made... They are only giving us assurances, no action is being taken..."