How Potter changed the reading habits of a generation 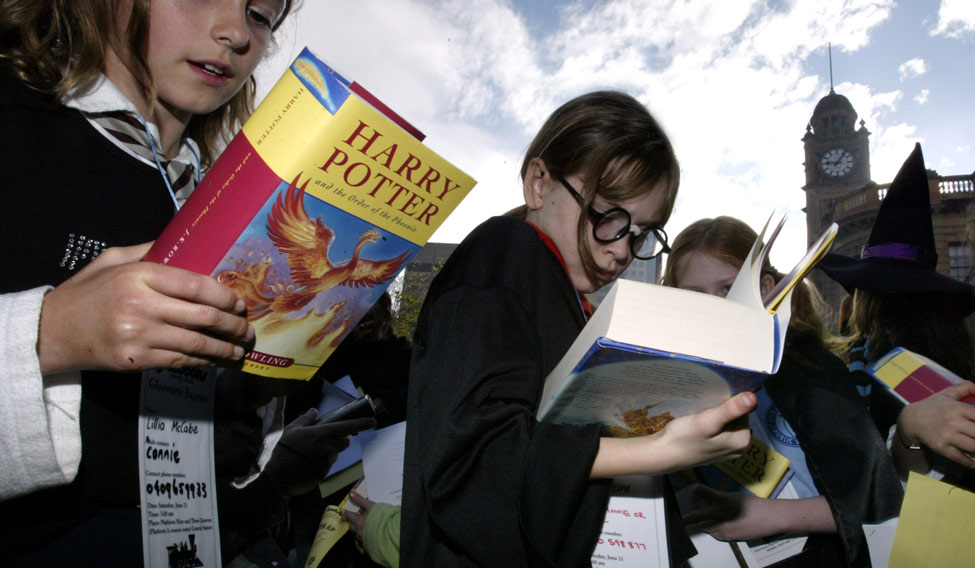 It has been 20 years since the world first met The Boy Who Lived. Harry Potter and the Philosopher’s Stone was first released by Bloomsbury on June 26, 1997. Slowly, but consistently, it caught on among young readers and climbed to the top of the bestsellers list.

The Harry Potter series transported its young readers to a world of fantasy. The magic of the books was not just in the spells and charms cast by the wizards and witches of Hogwarts, but also in the friendships and loyalty, bravery and kindness they showed. It was a world of not just wand-waving wizardry, but also the world of potion making, Quidditch and where owls could be your pets.

The series had changed the reading habits of a generation which was, until then, stuck to the couch in front of the idiot box. In the earlier days of Pottermania, more and more parents were finding their kids with their noses buried in the book. "I could not put it down. It was not just the fascination towards Harry Potter, but to the whole world, so perfectly penned," says Neethu Maria Joseph, 28. "Is this for real? I used to wonder with each book."

For those who were kids when the books were first released, Hogwarts was more than a world they could escape to between classes and exams. It was a reality they wanted to live in. "After a few months of reading Philosopher's Stone, I turned 11. I cried, because I did not get my letter from Hogwarts," said Siddarth Rao, 25, who cannot remember the number of times he has re-read the book. "The books are a huge part of my life. I have a tattoo which is a line from 'In Noctem', a poem in Half-Blood Prince," he adds. Meanwhile, Rijuta Das, 29, who is a lecturer at Ravenshaw University in Cuttack, wishes Quidditch becomes a reality so that she can play it.

Though India was late in picking up the trend, those who were able to get their hands on the books never let it go. "I must have read the books more than 20 times, and I think I will continue to read it again and again," said Rijuta, adding, "Each time I read it, it's like meeting an old friend."

By the time most of India started reading Harry Potter, the first three books were already released. "The first three were easy to get. They were available at most book shops. The fourth was bigger and more expensive. I borrowed the fourth one from my friend," Neethu said.

Harry Potter also set the trend for children's books that were longer. According to a sample of books reviewed by the American Library Association's Booklist magazine, books for middle-grade readers have grown by 184 pages since 1976, to 290 pages on average. But, it did not matter that the books were getting bigger and longer. "That it was a long book did not worry me. I was just too caught up with the story that I did not notice that the pages were turning," Neethu said.

"What was more difficult was the excruciating wait between the later books. Each of the last three books released after a two-year waiting period. It was most difficult not knowing what was going to happen to my favourite characters," Siddarth says.

Though they grew up with Harry and have become adults now, the generation that read Harry Potter for the first time continues to love the books. "It is probably one of the defining books of my life. It opened a whole new door of literature for me," says Rijuta.

What is remarkable is that adults were not to be left behind in the real world as their children travelled in the fantastic one. Children's literature was no longer just read by children; even adults were part of the mania. New editions with brand new cover designs, which were more appealing to the adults, were released.

Surveys suggest that after the "Harry Potter Effect", the number of children's books released every year has increased ten times. Even the fantasy literature genre has picked up significantly after the phenomenon.

Currently, the series has sold 500 million books and has been translated into 73 languages, including Latin and Ancient Greek. Eight movies were made based on the books and there are spin-offs lined up. It can be said without a doubt that the boy with the scar and his friends will continue to enthral their readers in the coming years.