Trump and his love for nicknames 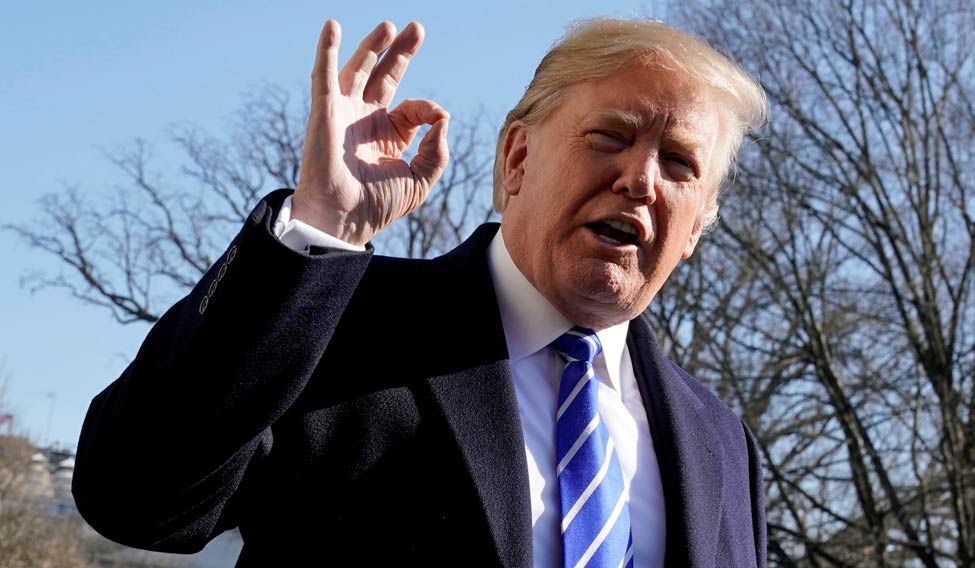 Whether the person is a friend or a foe, Trump will take a swipe

From 'Little Rocket Man' to 'Pocahontas', the many nicknames of Trump's foes

American President Donald Trump never misses a chance to retort when he is criticised. His favourite way of getting back seems to be to attribute a nickname to that person. The power and position of the person is not something that worries Trump. Whether the person is a friend or a foe, Trump will take a swipe.

It does not matter that you are a dictator and has been threatening the US with nuclear attacks; Trump will attack you. While at a rally in Huntsville, Alabama, in September last year, President Trump lambasted North Korea's dictator Kim Jong Un for a ballistic missile test. He went on to call the 34-year-old ruler "Little Rocket Man" and described him as a madman. Later in the year, Trump called Kim "short and fat" in response to a jibe from the Korean government which called him “an old lunatic, mean trickster and human reject.” More recently, the two leaders engaged in a twitter war over nuclear power and a button on their desks. Though the general public might agree with the nicknames they set each other, such display of childish squabble in public does not bode well for leaders of international stature.

Mediapersons are another set of people that Trump likes to pick on. When evasion and excuses do not work against hardcore journalists who question his every move, Trump ambushes them by calling them names on his Twitter account. When Mika Brzezinski and co-host Joe Scarborough of MSNBC's Morning Joe criticised the president in March last year, they earned the monickers "Crazy Joe" and "Dumb as a rock Mika". He continued to attack Mika in another tweet saying "bleeding badly from a face-lift” and again called her “low I.Q. Crazy Mika”. Joe, meanwhile, was "Psycho Joe". Another media darling that Trump loves to hate is Megyn Kelly. Trump has had issues with Megyn Kelly for a long time. When she was working with Fox News, Trump stated that she was treating him unfairly over a debate. After a particularly tough debate hosted by Kelly, Trump said that the host had "blood coming out of her eyes, blood coming out of her wherever." This particular comment received much heat online and was in debate for its inappropriateness for quite a while. After another debate, Trump called Kelly "Crazy Megyn" in response to a fan's tweet. He then went on to unload his dislike for the anchor in five other tweets continuing to call her "Crazy Megyn". Though he has received backlash for the way he talks about women, it has never prompted him to apologise.

The New York Times has been "failing" on several accounts according to Trump. From the election coverage to the recent book controversy, the media house has been at the receiving end of Trump's poor jokes many a times. An article about the election campaign in 2016 was termed as a "nothing burger" by him.

Steve Bannon, who was till recently Trump's right hand man and had started off as the chief of Trump's campaign in 2016 and later became the Trump Administration White House chief strategist, had a very public falling out with the president. He was fired from the White House for his juicy quotes in Fire and Fury: Inside the White House written by Michael Wolff. Ahead of the release of the controversial book, Trump slammed both the author and Bannon on social media—giving Bannon his nickname. “Look at this guy’s past and watch what happens to him and Sloppy Steve,” Trump warned.

His political opponents, obviously, are his easiest picks. Trump's hatred for Hillary Clinton, his formidable opponent during the presidential campaign, was very clear from the beginning. He kept on attacking Hillary on social media and used the private email server issue whenever he could. His first tweet about "Crooked Hillary" was in April 2016. “Crooked Hillary Clinton is spending a fortune on ads against me. I am the one person she doesn't want to run against. Will be such fun!” he tweeted. Sometimes Trump switched it up and would call the former first lady “Lyin’ Hillary”.

Trump called Massachusetts Senator Elizabeth Warren 'Pocahontas' in reference to her claims of having Native American heritage. Though Pocahontas is a revered name in native American lore, Trump twisted the name and used it an insult against an opponent he did not like. Though they are both Republicans, Texas Senator Ted Cruz was dubbed "Lyin' Ted" when the former criticised the president for his immigration policies during the presidential campaign. Bernie Sanders, a democratic presidential candidate who became known for his progressive policies, earned himself the nickname "Crazy Bernie".

As Trump matures as a president in the coming years, the world is sure to witness more interesting insults and disagreements. Cheers to his one year in office!

Your form could not be submitted.
This browser settings will not support to add bookmarks programmatically. Please press Ctrl+D or change settings to bookmark this page.
Topics : #Donald Trump | #Hillary Clinton | #Kim Jong Un | #United States