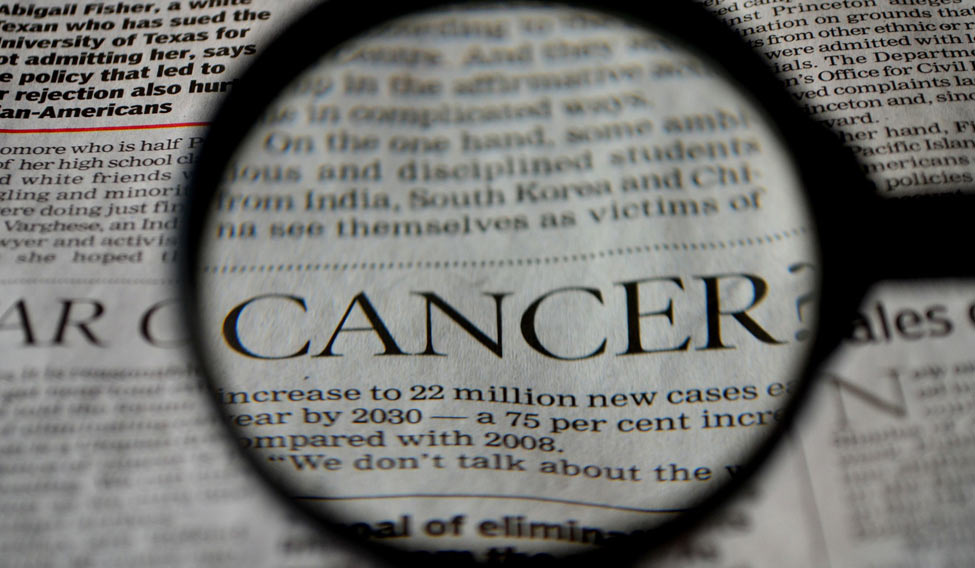 It happens quite often that we dismiss aches, painless lumps or irregular bowel movements as minor issues that do not require attention. Studies, however, have shown that some of these seemingly harmless signs could actually be the early warning signs of cancer. “If people start noticing and taking some of these signs seriously, cancer could be diagnosed in the earlier stages,” says Dr Anil Heroor, head of surgical oncology, Fortis Hospital, Mulund.

For instance, a study published in PLOS ONE in 2015 looks at a survey of 1,729 adults over the age of 50 in the UK and how they perceived 17 ailments—10 of them actually markers of cancer. While some symptoms did raise the cancer alarm, many went unnoticed. Just over half would have contacted their doctor about the symptom.

Watching out for these early signs is crucial, and oncologists use an acronym—CAUTION—to help people spot the warning signs easily. The acronym recognises seven symptoms that shouldn't be ignored.

Everyone has regular pattern of bowel habits. If this changes suddenly, that is, if people have diarrhoea or of they are constipated for days together, then it is time to seek a doctor. “People have this habit of self medicating, or using home remedies. If that doesn't clear it in a day or two, it is better to consult a doctor,” says Heroor. This could be a sign of cancer in the abdomen, or colorectal cancer. Due to changing lifestyle, numbers of this form of cancer is rising in India. "One tragic thing we see in India is that everything related to improper bowel movements is termed as piles and is ignored."

As for bladder habits, sometimes the urine might be discoloured, deep yellow, or have blood in it. These might signify cancer in the kidney or bladder, though extremely rare. Deep yellow urine might indicate jaundice, and jaundice could be an indicator of cancer in the liver or pancreas, he says. In men, difficulty in passing urine, or frequently feeling the urge to urinate could be a sign of an enlarged prostate, a marker of prostate cancer.

A: A sore that does not heal

If there is a wound that does not heal, and continues to pester, it might indicate cancer. In India, where sari wearing is common, there is a unique type which doctors identify as 'sari cancer'. It is a rare type of skin cancer caused by constant irritation and pigmentation that occurs along the waistline of women who drape saris regularly. Repeated trauma can worsen these wounds. If such a sore is present in the mouth, it could indicate oral cancer.

U: Unusual bleeding or discharge

T: Thickening or lump in the breast or elsewhere

Most common is lump in the breasts. Painful lumps are usually non-cancerous, says Heroor. But if it is a painless lump, people tend to ignore and take it lightly. However, that's when we need to be more careful, he says. What's ironic is that as a thumb rule, most cancers have pain as the very last symptom. A painless lump in the breast is more dangerous than a painful one. The same applies to men, too. One per cent of all breast cancers are in men. Sadly in most cases, due to ignorance and stigma attached, breast cancer in men gets diagnosed late.

Even if it is a lump in any other part, be it in the limps, head or underarms, and it is suddenly increasing in size, caution must be taken.

I: Indigestion or difficulty in swallowing

This could be passed off as a throat infection or something similar. However, if it is not cured in spite of medications, seek help. It could be a sign of oesophageal or stomach cancer.

If we observe moles or warts growing, or bleeding, it could be an indication of melanoma.

This should raise an alarm especially in smokers. Persistent cough could indicate lung cancer or throat cancer.

All these symptoms need not necessarily signify cancer, but one should watch out for bodily changes and seek medical help at the earliest.