Anjum Sharma grew up on a steady feed of superhero content. He-Man was his favourite character, and like most children he dreamt of possessing superhuman powers one day. Most summer afternoons were spent playing 'the master of the universe' with friends and cousins, turning the pet dog into Battle Cat (He-Man’s ride, a tiger) and wielding an umbrella as the power sword. Two decades later, he is playing a devil hunter in television channel EPIC's superhuman series Daanav Hunters. “It is a dream come true,” says Sharma, who plays Major Arkin Roy in the show.

While Sharma's story leaves us swarmed with childhood memories, what most of us overlook is the power such superheroes are wielding on Indian television these days. If Shaktimaan was the only desi superhero enthralling viewers two decades ago, a number of superhumans have invaded the small screen of late. Even as wonder boy Baal Veer shuttles between fairyland and earth fighting evil forces, superhuman Rudra guards the amrit (nectar) from them, Maharakshak Aryan saves innocent people, and Daanav Hunters track and kill demons.

So what took TV channels so long to warm up to the superhero genre? “Doing such VFX-heavy shows for Indian television is not an easy task, especially when budgets are not very high and you have to deliver four to five episodes per week. So, many people opted for mythological or historical shows rather than creating new superheroes,” says Arvind Babbal, producer of superhuman series Mahakumbh: Ek Rahasaya, Ek Kahani on Life OK channel. 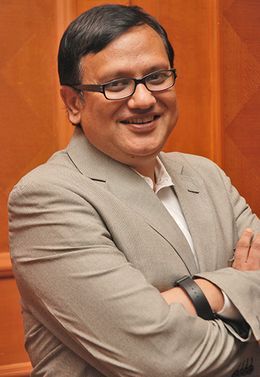 With its rich mythology and heritage, India has many superheroes in the stories of gods, goddesses and even demons, who possess extraordinary powers, says Babbal. Creating a brand-new superhero here requires great ingenuity as the character has to be as appealing as the gods. But when western superheroes enthralled new Indian generations through movies, television, the internet and comic books, Indian serial makers, too, gained the confidence to create new superheroes. “Spider-Man today is as popular as Lord Shiva or Hanuman,” says Babbal.

One finds some influence of mythology in Indian superhero serials, even though they are set in contemporary urban milieu. “For a superhero to be successful here, it should have some connect with mythology,” says Mahesh Samat, managing director and founder of EPIC channel.

One reason for the increase in the number of superhero shows is the ease of creating superhuman content due to technological advancements. Another is the desire of TV channels to offer new concepts to the viewers. Tapping the potential of this unexplored segment, almost every general entertainment channel is depending on the extraordinary powers of superheroes to boost the TRPs.

The rise of superhero genre on television symbolises the evolution of television industry and viewers, says Anooj Kapoor, senior executive vice president and business head of SAB TV, which airs Baal Veer. “Saas-bahu sagas have become clichéd. The growing younger and more aware audience wants to see something dynamic and different,” he says. “More importantly, computer graphics used in our industry are not just of international standards but the turnaround time is also extremely short.” 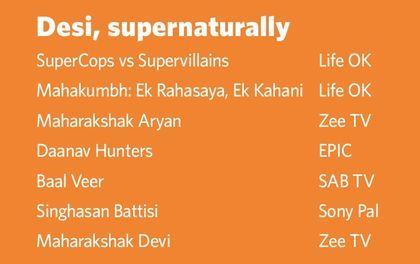 Access to latest technology has improved the production quality of such shows, says Samat. Their production, however, is capital-intensive as they have to be shot on a chroma-screen background, with grand sets, ostentatious costumes and innovative scripts. Their fantastic weapons and other nonexistent artefacts are created by a horde of technicians using computer graphics.

For the show SuperCops vs Supervillains, for instance, producer B.P. Singh has a team of ten “young” writers, and every episode requires an investment of at least Rs3 lakh. Similarly, the Mahakumbh team created a huge chroma flooring in Film City, Mumbai, to recreate the Kumbh Mela of 2013. Foreground props are physically made to match the actual locations. Film cameras are used for the shooting as computer graphics work needs pixel-heavy digital footage, and the episodes are edited twice—first the raw footage and then the computer graphics-added footage.

“In daily soaps, characters hardly change, sets largely remain unchanged and storyline doesn’t require frequent drastic changes. But one has to regularly spend on these things in superhuman shows, where almost every episode offers a new story and characters,” says Singh. 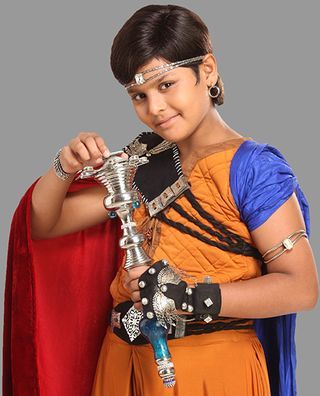 While many people think that the most challenging part about superhuman content is creating believable special effects, Singh says spinning stories for them is no child’s play. “As these shows cater to a younger audience, which is more well-informed, tech-savvy and practical, you cannot go wrong with logic. It is a double-edged sword. Even though you are talking about creatures and powers that don’t exist, everything has to make sense. I call it being logically illogical,” says Singh.

Acting in a superhero show is challenging for the cast as well. “While soap operas mostly require you to stand at one place and emote, playing a superhuman encompasses doing loads of action sequences at unusual locations. So, you have to not only possess a great body but also a high level of stamina and fitness,” says TV actor Gautam Rode. He shot to fame with mega series Saraswatichandra and is currently playing superhuman Rudra in Mahakumbh. Rode has converted his makeup room into a gym to work out in between shots.

Anjum Sharma, however, says the bigger challenge an actor faces is finding a practical reference for one’s character. “Because there isn’t any, as none of these characters exist and the situations are all imaginary,” he says. To give a shape to his character in Daanav Hunters, Sharma sat through all the discussions between his director and the channel. “In addition, as every episode tells a new story, an actor has to keep innovating himself while holding on to the basic features of the character to appeal to the audience. If they lose interest in you once, they will never return to the show again,” he says.

But all the hard work is worth it, the superhero genre has the potential to change the future of Indian television. “This segment gives one the freedom to constantly dole out new stories,” says Kapoor. “The visuals, however, should be convincing, only then will the audience connect with the show.”