An affair to remember 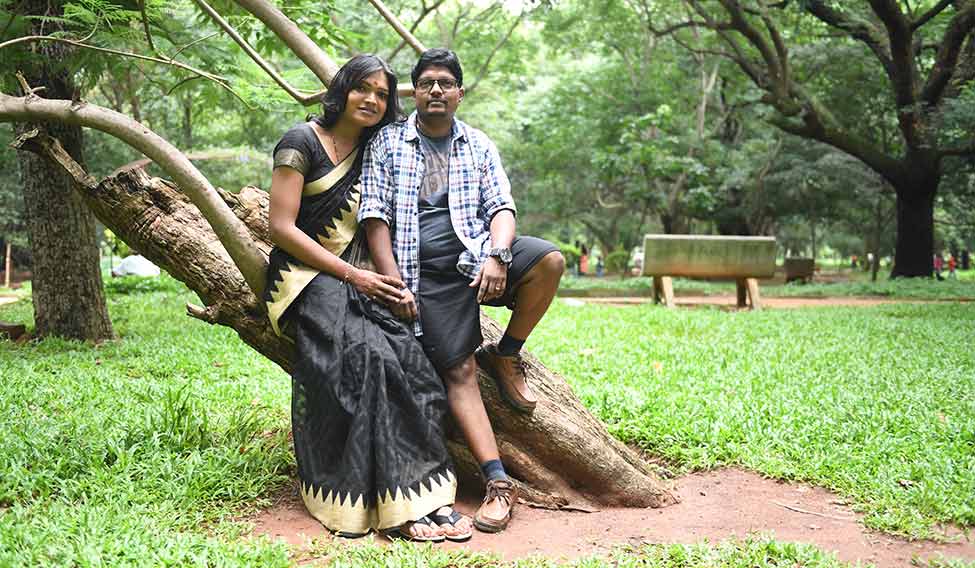 In perhaps the first case in India, a transsexual couple find love and plan to get married

Aarav Appukuttan, 46, and Sukanyeah Krishna, 22, could have been any man and woman who fell in love in the waiting area outside a doctor’s office on a dusty afternoon. Except that they aren’t. They’re both transsexual (transgenders who have undergone the sex reassignment surgery). Aarav was raised as a girl and Sukanyeah as a boy. Three years ago, they had gone to the same hospital to find out about the surgery that could align their bodies with their minds. While waiting, Sukanyeah got a call from an aunt. Afterwards, Aarav turned to her and asked her if she was a Malayali.

Thus began what would turn out to be a cherished friendship and later, a storybook romance. They sat speaking for three hours until the doctor called Sukanyeah. While inside, she regretted not having taken Aarav’s number. I’ll probably never see him again, she thought. When she got out, he was waiting for her. “I forgot to take your number,” he said.

I met them at their home in Bengaluru, which was small and cluttered but welcoming. Sukanyeah was born as an intersex individual in Kochi. As it was difficult to ascertain her sex, her family started giving her the male hormone testosterone; her voice deepened and face became more rounded. But it did not affect the way she felt. When her mother remarried after her father’s death and they had a child together, she felt like an outcast. She dropped out of school while in class ten and later, left for Bengaluru, where she found work as a web developer.

Aarav, who was born in Kanjirappally, Kerala, had male features from a young age and felt like a boy. At school, it became difficult for him to sit among the girls. His mother took him to a doctor who told him that it might be a phase which he might grow out of. He did not, however, and, disheartened, he visited pharmacists to find out whether tablets or injections of testosterone were available to make him look more like a boy.

He dropped out of college after his mother died and his father remarried. He did a course in travel and tourism and spent many years in Mumbai before getting an opportunity to work in real estate in Dubai. When he returned to do his sex reassignment surgery, it got delayed and his visa expired so he had to stay back in India.

After that meeting outside the doctor’s office, Aarav and Sukanyeah would call each other several times a day. “Whatever trouble I had, Aarav would be the first person I called and the same held true for him as well,” says Sukanyeah. However, they met again only last May when Aarav came to India. While on the way to Kochi for a friend’s book launch, she told him she had stopped taking hormones as she could no longer afford them. He offered to pay for her medicines. That’s how he took her to the hospital in Mumbai where they both did their sex reassignment surgeries. After getting certificates confirming the gender change, Aarav led her to a spot on Marine Drive, Kochi, and asked: “If our age difference isn’t a problem, can I marry you?” Sukanyeah was thrilled. “Aarav is the most genuine person I know,” she says.

Both Aarav and Sukanyeah are very passionate about helping others. Their dream is to start a skill development organisation for transgender people to help them live in a self-sufficient manner. But they don’t have the money for it. They need 08 lakh more for Sukanyeah’s remaining surgery and some modification surgeries for Aarav. They’ve managed to save Rs 1 lakh and a loan of Rs 1 lakh from Tata Capital has almost come through. They put up their requirement of Rs 6 lakh on a crowd-funding platform but could collect only 04,600. “People thought we were trying to swindle them and selling our story for publicity,” says Sukanyeah. “So we stopped it. We decided we didn’t want to make money like that.”

Aarav doesn’t have a job and Sukanyeah was temporarily dismissed from work after their story went viral. “If only one of us had a job, we could make ends meet,” says Aarav.

They are very passionate about the transgender cause. “There are some self-appointed guardians of the community who steal the money allotted to us through many government schemes,” says Sukanyeah. “They can do this because there has been no census or survey ever taken of the community in Kerala.” She says that an enormous amount is being spent on events like transgender sports meets and transgender fashion shows. Why can’t this money be utilised for educating transgender people or building them shelter homes?

Most members of the community don’t have money to pay for their hormone treatment, says Sukanyeah. “Many of us can’t afford these medicines because they are patented,” she says. “Generic medicines of the same hormones can be made available at any of the Niti general stores at subsidised rates. Members of the community could get them by producing an endocrinologist’s certificate.”

These are the problems that need to be discussed because they aren’t out in the open, feels Sukanyeah.

Your form could not be submitted.
This browser settings will not support to add bookmarks programmatically. Please press Ctrl+D or change settings to bookmark this page.
Topics : #Society | #lifestyle | #Transgenders identity crisis | #transgenders