From The Lunchbox to the grand spread 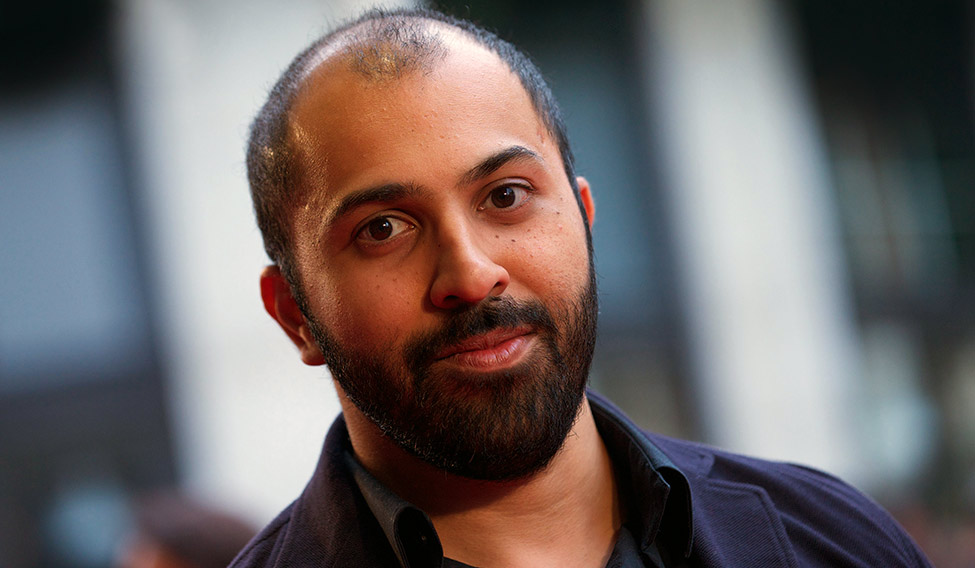 THE WEEK catches up with director Ritesh Batra, who is creating a buzz in Hollywood

An economics graduate from Drake University, Iowa, Ritesh Batra turned to filmmaking after working for a few years in the consulting firm Deloitte. His Arab short film Café Regular, Cairo (2012) was screened at 40 international film festivals and won a dozen awards, including the Critics' Prize in Oberhausen, Germany.

Batra had attained mainstream fame with The Lunchbox in 2013, a romance linked to Mumbai's unique dabbawala lunch delivery system. The film premiered at the Cannes Critics Week 2013 and won the Rail d’Or (Grand Golden Rail).

After The Lunchbox's success, his second film cast veteran British stars Jim Broadbent (Gangs of New York, Harry Potter and the Half-Blood Prince, Moulin Rouge) and Charlotte Rampling (The Verdict, Aberdeen, Vanishing Point) in The Sense of an Ending, based on a Booker-winning novel by Julian Barnes.

Batra is currently in Los Angeles to direct a much-anticipated film for Netflix, Our Souls at Night, featuring Hollywood legends Robert Redford and Jane Fonda. Based on a popular novel by Kent Haruf and scripted by Scott Neustadter and Michael H. Weber (the writers of Fault in our Stars and 500 Days of Summer), the classic romance has Hollywood insiders excited.

How did an economics graduate turn to filmmaking?

I was never really good at anything else. I tried a lot of different things and just fell into consulting, which was great because I got to travel a lot and meet a lot of people. But I was always looking for a way to get into the movie business. I think I taught myself screenwriting in the process and then really became obsessed with the idea of directing because I didn't want anyone else to direct my writing.

How did the idea for Lunchbox come about? What were the challenges you faced?

The real challenge was just getting it made, but once we had Irrfan [Khan] cast and the initial financing for the movie, everything came together very quickly. I had spent so much time writing it that every decision felt like it came from a very visceral place inside me. It’s often like that with a first movie. Now, having met so many directors in the years since, I know that everyone carries their first film with them for a long time before they make it so it’s always a very special thing. I had a very interesting time making The Sense of an Ending in the UK last year; I had to learn how to bring myself personally to Julian Barnes's great novel, which wasn't hard because I love the book. But to make it my own and yet different from the novel was a real journey and a very different one from Lunchbox.

Your thoughts about directing Robert Redford and Jane Fonda?

Both Robert and Jane are very passionate about this movie [Our Souls at Night], as with everything they do. It is a real thrill to collaborate with them.

What is your philosophy as a filmmaker? What are the unwritten rules that you follow?

I always try to bring myself personally to it. I know that it only works when it is personal. I need to take every beat of the story and see where something like it happened in my life. Staying inside the work despite all the noise in the filmmaking process is not easy but I feel like I am getting better at it with each movie.

You deal with the theme of love and loneliness in several of your films. Are there certain subjects you are naturally inclined towards taking up, and why?

Self-analysis has never been a strength. But if you see a common thread in my work, then there must be one. I hope that is true actually and I think it is a compliment because perhaps it means I stand for certain things or have a point of view. But I think every time I do something, it also reflects where I am in my own life. I wrote Lunchbox with a lot of nostalgia for Mumbai when I was away from the country, so the characters were infused with nostalgia. In The Sense of an Ending, I was very attracted to the theme of fathers and daughters, because I had become a father not so long before I made it.

What do you like doing when you are not working? How have you been spending your time abroad?

I travel a lot for fun. Fortunately, it is a good byproduct of this job. When I can, I like to cook and call people over.

How has your Hollywood experience been, and how different is the working style there when compared with Bollywood?

I have been lucky to work with passionate and talented people in Mumbai and here in Hollywood, so my experiences have been similar in both places. We have such great talents at home like Irrfan [Khan], Nawaz [Siddiqui] and Nimrat [Kaur]. They all have so much to offer, and my experience with actors in the west—Jim [Broadbent], Charlotte Rampling, Harriet Walter and Emily Mortimer—has been the same. I had a lot of young actors on The Sense of an Ending; it was the first movie for them, so that was new, and it was a real gift to work with them and see them take great risks because they were so secure in their talent. I really appreciated the trust they put in me and I think you are going to be seeing a lot of them—Billy Howle, Freya Mavor and Joe Alwyn.

Will take it as it comes, but it would be lovely to make a movie that brings together great talents from the east and the west. I am looking forward to working in Mumbai next year.