EXCLUSIVE: As Chinmayanand gets bail, rape accuser's family in fear 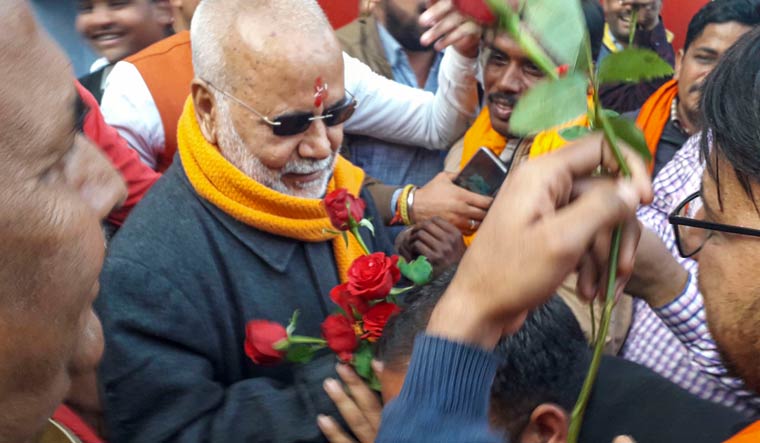 With BJP leader Swami Chinmayanand being granted bail by the Allahabad High Court, the family of Miss A, the woman who accused him of rape, is both scared and confused. Chinmayanand was a minister in the Atal Bihari Vajpayee government.

Speaking exclusively to THE WEEK from Shahjahanpur, Miss A’s younger brother said that the High Court’s observations were puzzling. “The court said that it was difficult to decide who had used whom. Yet it also said that for a fair trial, the case needed to be moved to Lucknow. The court also observed that protection given to our family must be continued. If we are guilty in any way, why any concern for us,” he said.

Miss A—a postgraduate law student of the Swami Shukhdevanand Law College run by a trust headed by Chinmayanand—had on August 24 accused the BJP politician of raping her on several occasions and also alleged that she and her family were in grave danger. It was later revealed that with three male friends, Miss A (a name given to her by the Supreme Court of India) had tried to extort Rs 5 crore from Chinmayanand. She was subsequently arrested for the same and sent to jail. The High Court granted her bail on December 4.

On Wednesday, Chinmayanand walked out of Shahjahanpur jail to be greeted by a crowd of supporters who offered him flowers and garlanded him. From there, he drove to the Mumukshu Ashram—on the premises of which the law college is situated. Chinmayanand has been charged under Section 376-C of the IPC, a section applicable to someone in authority who has taken advantage of his official position to “induce or seduce” a woman to have sex with him.

Miss A and her brother, on directions of the Supreme Court, had been granted admission to Bareilly University to complete their education. “I have joined college but have not attended any classes. Both of us missed the exams in November and will now have to request the university to allow us to appear in a re-examination,” said Miss A’s brother, who is a LLB student.

Meanwhile, Miss A’s mother has given up her job as an English teacher in a private school. “My father has become very irritable. Our lives have come to a complete stop,” said Miss A’s brother.

Anoop Trivedi, a lawyer who had been associated with the case while it was being tried in Shahjahanpur, admitted that there were too many interconnected and confusing strands in it. “The only thing to be decided here is whether or not the sex was consensual. The rest of the matter, as the court observed, is of a quid pro quo nature,” he told THE WEEK.