The prosecution had moved an application against her for perjury 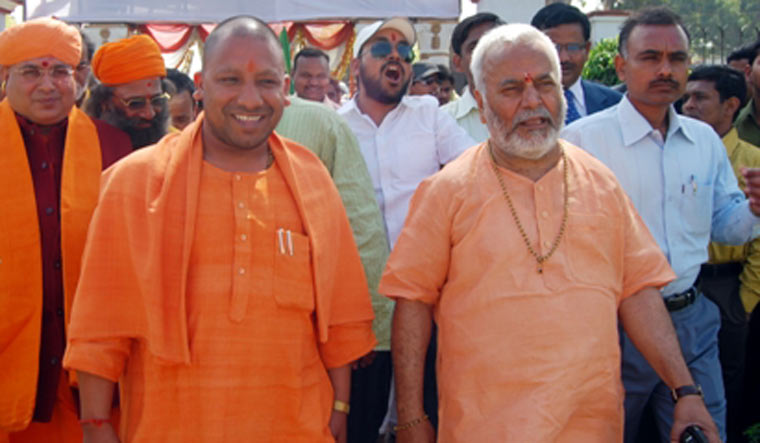 Two days ago, a law student who accused former Union minister Chinayanand of sexually abusing her turned hostile in court in the case. The case came to light after the student went missing in August 2019. She lodged an FIR in the case at the Lodhi Colony police station in New Delhi in September 2019. The law student was studying in a college run by a trust controlled by Chinmayanand.

In February this year, the Allahabad High Court transferred the case from Shahjahanpur to the MP-MLA court in Lucknow.

Appearing before the MP-MLA court in Lucknow on Tuesday, the LLM student categorically denied that she had levelled any allegation against the former Union minister as the prosecution had charged.

Om Singh, a lawyer representing Chinmayanand, told Hindustan Times “It is now clear that all the charges of sexual harassment were concocted to defame and extort money from Chinmayanand. We will plan our next step after the court’s decision on the matter.”

He declined to state whether Chinmayanand would lodge a case of criminal defamation against the woman.

A case was registered against Chinmayanand under Section 376-C of the IPC, an offence pertaining to the abuse of one's position by a person in authority to "induce or seduce" a woman under his charge to have "sexual intercourse not amounting to the offence of rape".

Chinmayanand (72) also faced charges under Sections 342 (wrongful confinement), 354-D (stalking) and 506 (criminal intimidation) of the IPC. Chinmayanand was arrested in September last year and was granted bail in December.

The law student was also later charged with trying to extort money from Chinmayanand. The 23-year-old woman and her three friends were booked on Chinmayanand's complaint that they had demanded Rs 5 crore from him.

The former Union minister alleged that they had threatened to make public video clips that showed him getting massages from the student. She was, however, granted bail in December.