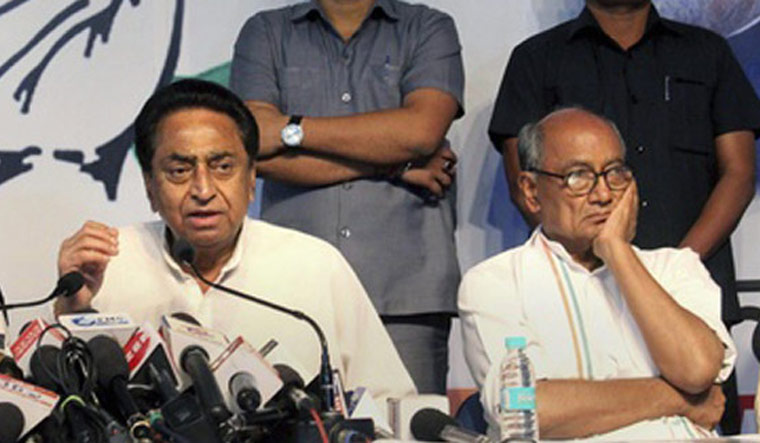 After a long gap, the Congress party is giving BJP a tough fight in the Lok Sabha seats in all four big cities of Madhya Pradesh during the current polls. Currently, the BJP holds all the four Lok Sabha seats of Bhopal, Indore, Gwalior and Jabalpur.

Political watchers feel that the selection of candidates, and victory during the 2018 assembly polls, has given the Congress a space to play in the four big seats; the party is likely to emerge a much more formidable opponent to the BJP, compared to past elections. Bhopal and Indore Lok Sabha seats are considered true bastions of BJP, given the fact that the saffron party has been winning the seats consistently for last 30 years (since 1989). The BJP has also won Jabalpur seat since 1996 and the Gwalior seat since 1999, save for a break from 2004-07, when Congress’ Ramsevak Singh won, but was later expelled from the Parliament after a ‘money for question’ controversy

Also, except for Gwalior, where the winning margin was 29,699 during the 2014 polls, in all other three seats, BJP posted massive victories of over 2 lakh votes. However, this huge victory margin of 2014 LS polls has been reduced sharply in respective assembly segments in the 2018 elections, an analysis of the poll statistics reveals. The loss in winning margin between these two polls was about 8.54 lakhs total in the four seats.

How the fight is placed

“The Congress has won 18 out of 32 assembly segments [making up the four LS seats] in the 2018 polls. So, the party’s confidence is up. Also, factors like stalwart Digvijaya Singh contesting from Bhopal and inroads in the Gwalior and Malwa regions make the contests of big cities interesting this time,” senior journalist Shams Ur Rehman Alavi said.

In Indore, Congress’ Pankaj Sanghvi is pitted against BJP’s Shankar Lalwani, who got the ticket after a lot of bickering as sitting MP and LS speaker Sumitra Mahajan was put out of ticket fray. In Jabalpur, Supreme Court lawyer Vivek Tankha is again facing sitting MP and BJP state president Rakesh Singh, who is battling three-term anti-incumbency.

In Gwalior, after sitting MP and Union minister Narendra Singh Tomar decided to opt out, the fight is between mayor Vivek Shejwalkar and Congress’ Ashok Singh, a well-known face. As for the Congress, the party’s media cell chief Shobha Oza points out that they have made good candidate selection in all four seats. “The assembly results are a boost, but more than that the party has done a lot for the urban voters in the short time that it is in government in the state. Also, we are working very hard on these seats and are confident of good results,” she said.

BJP spokesperson Rajnish Agrawal said that assembly election results do not have any impact whatsoever on Lok Sabha polling and this is clear from past election records. “Also these four seats are our traditional seats, where we are confident of a win on the basis of handling of issues, candidate selection and of course the Narendra Modi factor,” he said.