'Priyanka did her job, but party, workers could not rise to occasion' 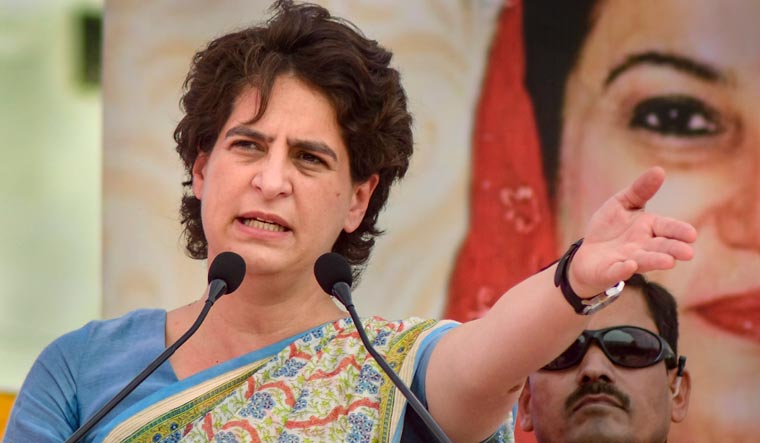 Congress general secretary Priyanka Gandhi Vadra, who was made in-charge of eastern Uttar Pradesh ahead of the Lok Sabha polls, did her job but the party and its workers could not rise to the occasion, the party's state unit chief Raj Babbar said on Monday.

Disappointed with the results that gave the Congress just one seat of 80 in the state and a nationwide tally of 52, Babbar said the party's poor showing at the hustings had pained party president Rahul Gandhi.

Rahul Gandhi lost from his family bastion Amethi, which voted in BJP's Smriti Irani to the Lok Sabha this time, but won from Wayanad in Kerala.

On why Priyanka Gandhi did not have the desired impact for the party, the actor-turned-politician said party workers and local leaders failed to rise to the occasion.

"She did her job. But party workers, local leaders, candidates and the organisation could not accumulate the (electoral) benefits from it. Rahul ji worked so hard and Priyanka ji worked with such a high degree of enthusiasm," Babbar told PTI in his first interview after the election results.

"We (party workers, local leaders and candidates) were unable to prove ourselves and rise to the occasion," Babbar said.

Rahul Gandhi, he said, had done a lot for Amethi and considered the people his family.

"He never viewed it (Amethi) as his constituency. Now, family members have given such a verdict," the UP Congress chief said.

"I am 100 per cent sure that despite becoming an MP (from Wayanad), Rahul Gandhi must be pained as must be the people of Amethi," he said, expressing his concern that a person who considered Amethi as his family and gave an identity to the place was not allowed to emerge victorious in the polls.

Asked about the future course of action, the 66-year-old Congress leader said Uttar Pradesh cannot be analysed in a single line.

"You have to take steps after a lot of deliberations (on various aspects) and strengthen the organisation," he remarked.

The lone victory for the party came from Rae Bareli where UPA chairperson Sonia Gandhi retained the seat in the party bastion.

The BJP won 62 seats in the state, the SP-BSP combine 15 and the Apna Dal two.