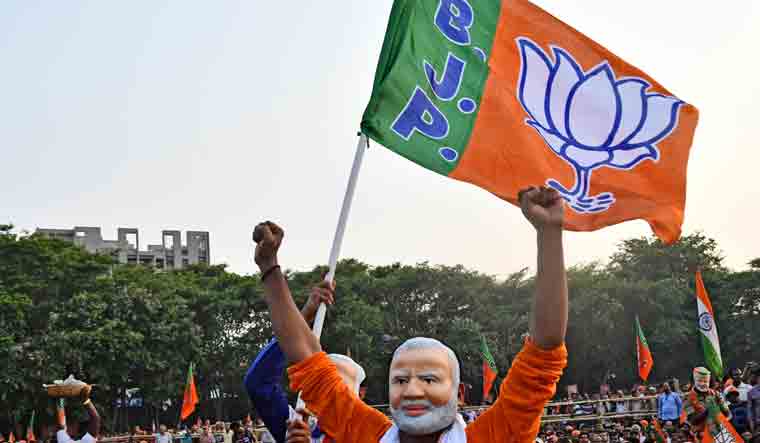 Dharmapuri Arvind, who caused the biggest upset in Lok Sabha polls in Telangana by defeating TRS heavyweight K. Kavitha said the BJP is confident of coming to power in the state after the next Assembly elections.

Basking in glory after his 'giant-killing' feat, he said he is confident of his party wresting Telangana from the ruling TRS after the next Assembly polls, due in 2023.

"We will increase our tally (Lok Sabha seats) by 2024 for sure. In Telangana, we will be be a formidable strength and by 2023, I am certain about forming the government in Telangana," Arvind, who has now become a poster-boy of sorts for the BJP's state unit, told PTI.

BJP was 'down-in-the-dumps' after the Assembly elections last year when it could win only one seat in the 119-member House, with the TRS returning to power with a rich haul of 88 seats.

The Lok Sabha elections saw the party winning four seats of the total 17 in the State, up from just one in the 2014 polls, giving a new energy to the Amit Shah's outfit.

Arvind is son of TRS Rajya Sabha member D. Srinivas, who was a Congressman for a long time and had served as president of erstwhile Andhra Pradesh Congress unit before joining the ruling party.

Some TRS leaders in the past have accused Srinivas of indulging in anti-party activities.

The ruling outfit has not expelled him but he seems to be virtually out of the party.

Nizamabad had hit headlines after 185 candidates, including 177 farmers demanding remunerative price for turmeric and red sorghum and setting up of a Turmeric Board, jumped into the poll fray.

Polls for the Lok Sabha were held on April 11 in the first phase and the results were declared on May 23.

Arvind had represented Hyderabad and South India under 19 and also in Ranji Trophy , under ages 21, 23 and 25 segments.

Unfortunately, his career in sports was cut short on account of injury but his love for the game still continues, his Facebook profile says.

The fulfilment of (poll) promises and strengthening the party further in Telangana are my targets. Setting up a Turmeric Board is part of my promise and all my promises will be on the priority list, the young MP said.

On his win over Kavitha, who had won the seat in the 2014 elections with a margin of 1,67,184 votes, Arvind said. "The Modi wave helped me win Nizamabad seat."

He said the contest of the large number of farmers in Nizamabad elections is the "outcome of Kavitha's failure and it has impacted her poll fortunes."

Arvind said he would ensure that farmers get minimum support rice for turmeric and red sorghum.