Shah all set to become minister in Modi govt

The council of ministers will be announced shortly 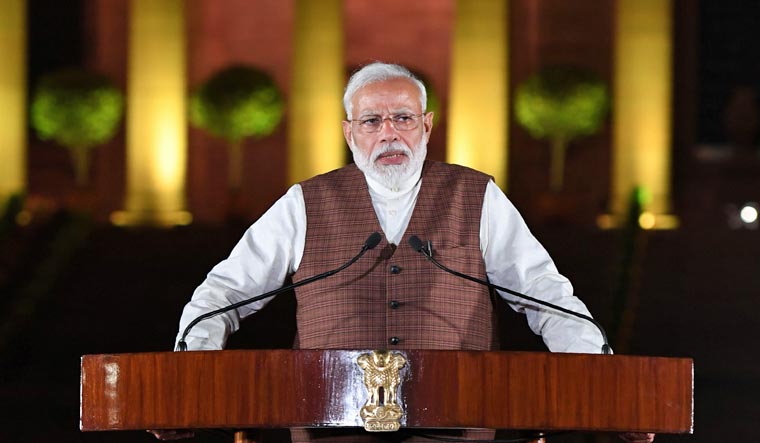 BJP president Amit Shah is all set to join the Narendra Modi cabinet, according to a congratulatory message by Gujarat BJP chief Jitu Vaghani Thursday on his inclusion.

Vaghani's tweet ended speculation over Shah joining the government. Modi and his new team of ministers will be sworn in at 7 p.m.

"Had a courtesy meeting with our mentor Amit Shah and gave my best wishes to him on his inclusion as a strong member of the Prime Minister Narendra Modi's council of ministers," he tweeted.

Shah was part of a meeting Modi held at his residence at 4.30 pm with the MPs selected for ministerial berths. There have been indications that senior leader Sushma Swaraj and Rajnath Singh may also join Modi's new cabinet.

In addition, media reports that former foreign secretary S. Jaishankar has also received the call to be part of Modi's cabinet. Jaishankar is likely to be given external affairs ministry.

Modi will be sworn in as prime minister for a second consecutive term at a glittering ceremony at 7pm at the forecourt of the Rashtrapati Bhavan.