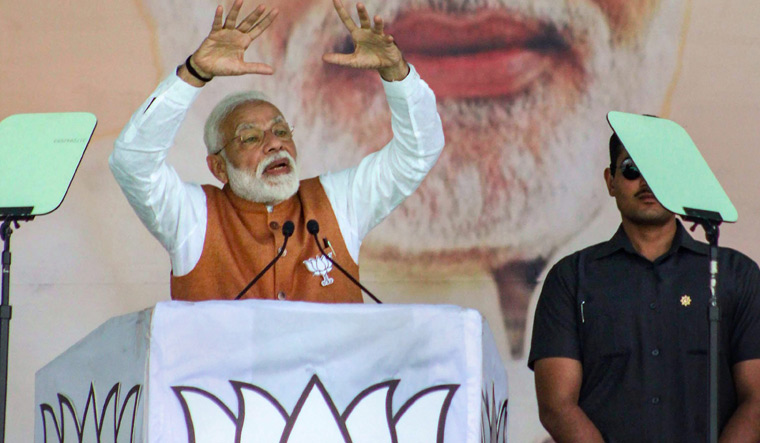 Prime Minister Narendra Modi on Thursday launched the BJP's campaign in western Uttar Pradesh, saying his government had shown the courage to conduct a surgical strike in all spheres—land, sky and space.

The contest is between a "a decisive government and an indecisive past", Modi said in his address to a rally in Meerut in western Uttar Pradesh, a day after announcing that India had demonstrated anti-satellite missile capability by shooting down a live satellite.

“On the one side, there is a strong 'chowkidar', on the other, a line of tainted people,” Modi said. "India has made up its mind who to vote for," Modi told the rally.

"I will give an account of my work, but at the same time, seek an account from my opponents... a 'chowkidar' does no injustice," Modi said.

Modi began his speech by paying tribute to Choudhary Charan Singh, former prime minister and father of RLD leader Ajit Singh, who has aligned with the BSP and the SP in this election.