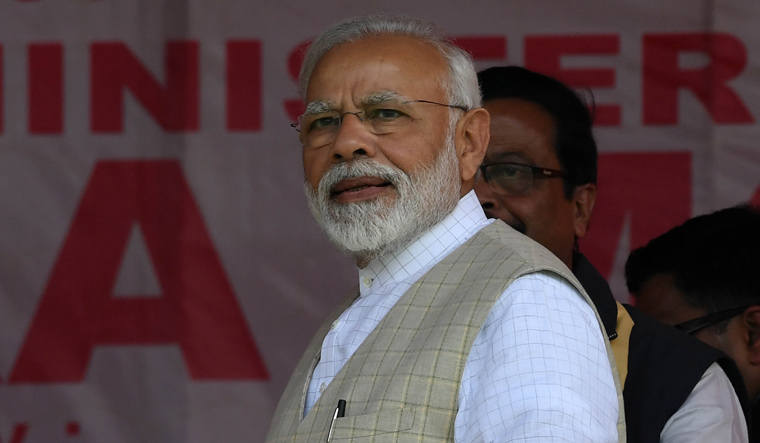 Prime Minister Narendra Modi on Wednesday announced that India has become the fourth nation to have tested an anti-satellite weapon, after the US, Russia and China. Modi said that Mission Shakti was succesfully test fired on Wednesday.

India achieved an important milestone in its space and military prowess by successfully targeting a live satellite on a low earth orbit. "With this, India has entered its name as an elite space power," Modi said.

He added that 'Mission Shakti' operation was a difficult target to achieve, but was completed successfully within three minutes of launch. "'Mission Shakti' is an important step towards securing India's safety, economic growth and technological advancement," he said.

A-SAT missiles are space weapons deployed to destroy satellites for strategic military purposes. While the US, Russia and China have already tested A-SAT weapons, none of the nations have used the missile in warfare yet. However, the US Air Force cancelled the A-SAT programme in the late 1980s.

The news of India testing A-SAT comes as an important message to other nations at a time when the nation is heading to general elections. Also, it is to be noted that it has been only days since tensions escalated between India and Pakistan. However, Modi assured the international community that India would not misuse A-SAT weapons. "A-SAT missiles will give new strength to India's space programme. I assure the international community that our capability won't be used against anyone, but is purely India's defence initiative for its security. We are against arms raised in space. This test won't breach any international laws or treaties," PM Modi asserted.

PM Modi also congratulated the team behind the successful testing of A-SAT weapons.

With the first phase of elections less than a fortnight away, PM Modi raised many eyebrows earlier in the day when he tweeted that he would address the nation. "Today I would be addressing the nation at around 11:45 AM - 12.00 noon with an important message. Do watch the address on television, radio or social media," PM Modi tweeted. Political pundits had noted that it was unusual for a prime minister to address the nation in the middle of the national election campaign.

The unprecedented address soon led to wide speculations that an announcement was on the anvil.