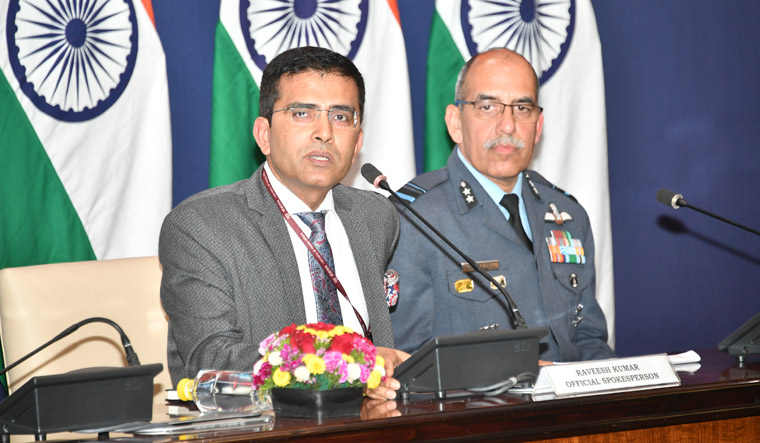 The Indian government on Wednesday afternoon confirmed that a MiG-21 Bison fighter aircraft of the Indian Air Force was missing after an air-to-air engagement with Pakistan Air Force jets on a bombing mission.

The government added the pilot of the MiG-21 was missing and referred to claims by Pakistan that he was in custody, which India was trying to ascertain. The ministry of external affairs spokesperson also noted that one of the Pakistan Air Force fighters had been shot down by MiG-21 Bisons and was seen by ground personnel. Earlier, there were reports that a Pakistan Air Force F-16 had been shot down, though Islamabad has not confirmed it.

Hours earlier, the Pakistan government announced it had arrested two Indian pilots, who it claimed were shot down when they intruded across the Line of Control. The Pakistan government had revealed video footage of one of the pilots, who it identified as Abhinandan. The captured pilot was shown bound and blindfolded in the brief video and had facial injuries. However, Pakistan provided no information about the second pilot, who it claimed was hospitalised for injuries.

The MiG-21 Bison is an upgraded version of the venerable MiG-21 that the Indian Air Force inducted in the 1960s. The MiG-21 Bison features a modernised radar and electronics and is capable of using beyond-visual-range air-to-air missiles unlike the older MiG-21 variants.

A day after the Kargil War in 1999 started with the Indian Air Force launching air strikes, a MiG-21 was shot down and its pilot, squadron leader Ajay Ahuja, was killed on the ground by Pakistani soldiers after his aircraft crashed across the Line of Control.

The MIG-21 Bison was airborne at the time Pakistan Air Force fighters carried out a bombing mission across the Line of Control.