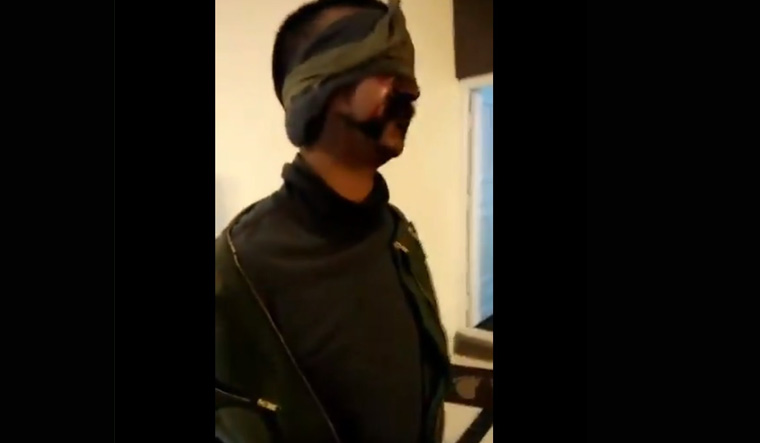 Radio Pakistan has released a startling video showing what it claims to be an Indian pilot who was arrested after his fighter jet crashed inside PoK on Wednesday.

In the video, a man who seems to have sustained facial injuries and is blindfolded and is dressed in flight suit is seen being questioned by Pakistan Army officials.

When he is asked to identify himself, he says that his name is Abhinandan. He then gives his service number as 27981. He claims to be a flying pilot and says that his religion is Hindu.

When asked further, he states that he cannot reveal more information.

The blindfolded pilot then asks for information from the people around him. He asks whether he is speaking to an officer to which he gets a reply "Yes". He further enquires whether he is with the Pakistani Army to which he does not get a reply.

The videographer circles around the captured pilot and shows that he is completely tied up and cannot move.

The Pakistan armed forces had claimed earlier that hey had shot down two Indian aircraft inside the Pakistan airspace. The official Twitter handle of the Pakistan Armed Forces said the Pakistan Air Force shot down the jets after they entered its airspace, noting one crashed inside Jammu and Kashmir and the other inside PoK.

The Indian government has yet to officially respond to the claims about the shooting down of two IAF planes.