Since 2016, India has adopted a punitive approach towards cross-border terrorism 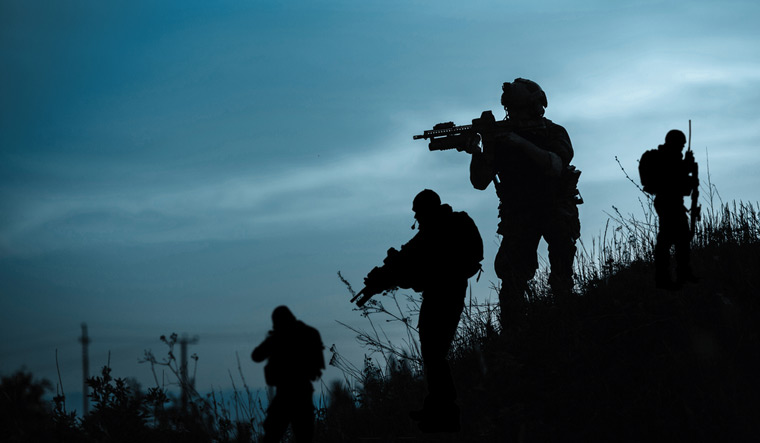 On September 29, 2016, India stunned Pakistan and the world with the Army's daring cross-border operation, which was dubbed a 'surgical strike'. For the first time since the 1971 war, India announced to the world that its military had crossed the border to eliminate terror camps operating from Pakistan-occupied Kashmir.

It was the Indian Army's revenge for the Uri terror attack that year, in which 19 Indian soldiers were killed. The Indian Army camp at Mohura in Uri was also attacked by terrorists in 2014 in which nine troops died.

The Indian military leadership claimed that the surgical strike by the Special Forces had marked a shift in Indian policy of “strategic restraint”.

Since 2016, the Indian Army has adopted a punitive approach towards terrorism emanating from across the border.

Citing an achievement of the 2016 surgical strike, Lt Gen Anil Ahuja (retired), former deputy chief of integrated defence staff (Policy Planning and Force Development) claims that the surgical strike was to use the space below the Pakistani perpetual nuclear threat for conventional punitive retaliation. "It was a demonstration of our resolve to safeguard our security and the ability to hit back if our interests are harmed. A resolute determination," said Ahuja, who has been additional director general (military operations) as well.

Strengthening the anti-infiltration grid with massive deployment of troops on the first grid to detect infiltration backed with additional technology and surveillance devices are key to keep a check on infiltration from Pakistan. Smart fencing and the use of drones—big and handheld ones—have also been increased for better monitoring on the ground.

“With a heavy deployment of troops on the first layer of the anti-infiltration grid, including formations of Rashtriya Rifles, are paying dividends. Massive reduction of foreign terrorists in J&K has happened in last three-four years,” a defence official said.

Another senior official claims that security agencies have identified over 20 entry routes along the Indo-Pak border on the LoC and multi-layered deployments on these points have managed to cut down infiltration attempts.

“Though visible threats emanating from Pakistan may be a little subdued as of now, Pakistan sponsored terrorism is alive in all dimensions and possible manifestations,” a senior official said.

He says that the Pakistan army was rattled by India's upgraded anti-infiltration grid that blocked several key routes. So, the Pakistan army carried 5,100 ceasefire violations in 2020—the highest since the 2003 truce.

Even in 2021, the Pakistan military opened fire on the Indian side close to 600 times in the first two months. However, following the Director Generals of Military Operations (DGMOs) talk on February 22, both sides agreed on “strict observance of all agreements and understandings and cease firing along the LoC and all other sectors” with effect from the midnight of February 24/25. Since then, there has been calm on the border.

But, after an infiltration attempt in Uri yesterday, the uneasy calm on the LoC seems to be ending. As per Lt Gen D.P. Pandey, who is the general officer commanding of Srinagar-based Chinar Corps, terror launchpads have been full for the last 4-5 months (since the February peace agreement).

“But in the last one month, infiltration attempts have increased,” said Pandey while blaming the Pakistan military for the spike in terrorists across the border.

What India has learnt is the scope for improvement in our weapons inventory, the need for better standoff weapons, armed UAVs and the voids in managing air space and integrated battles.

“The overall lesson is that we need to better visualise how we will fight our battles and border incidents and what we would need for most likely scenarios,” a former Army commander said.

Though tweaking of mechanisms to stop infiltration works well, it has led to shifting in policy by Pakistan as well.

Terrorism in the Kashmir valley is now moving from north to south Kashmir with a large number of local youth joining militancy. However, after the abrogation of Article 370, the Union government is paying more attention to the development of border states.