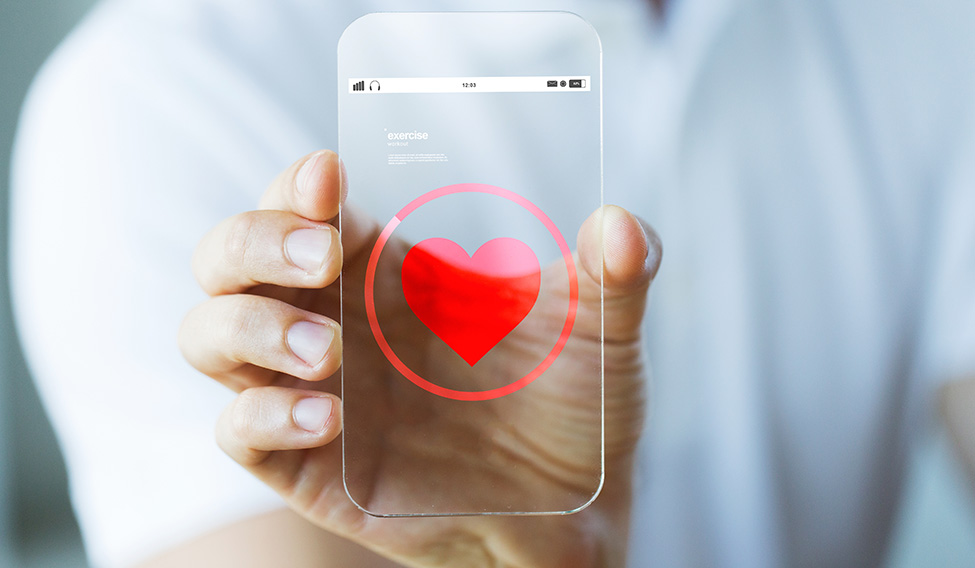 When Faridabad-based Anurag Jajoo had a stomachache and wanted to see a doctor, he didn’t have to wait for an appointment or for his general practitioner’s clinic to open in the evening. All he did was sit at home and consult Lybrate, an app that connects patients with doctors.

Jajoo found a general practitioner that suited his needs and had a video consultation with him within a few hours. “It saved me the hassle of going to the doctor. The experience was similar to physically consulting a doctor. It also gave me a lot of options of doctors to choose from,” says the 24-year-old who works for a startup and tech app.

Jajoo is part of a tech-savvy generation that is always on the go. Catering to this generation and solving some of the country’s health care problems like access and poor doctor-patient ratio are tech companies that are coming out with a slew of user-friendly apps. According to NASSCOM, the health care tech industry in India is valued at $1 billion and there has been a sharp increase in the number of health care startups in the last couple of years. According to Dr Rana Mehta, partner, PricewaterhouseCoopers India, health care apps are currently acting as middlemen between consumers and different health care stakeholders in various capabilities like instant consultation (Happ), information aggregation (Practo), fitness (HealthifyMe), pharmacy (Netmeds) and providing second opinion (MediAngels).

Take, for instance, Saurabh Arora, CEO and founder of Lybrate. Seeing people head to the chemist for medical advice is what inspired him to start his own company. He left his job at Facebook in the United States and founded Lybrate in 2014. “While people in metros had time constraints owing to busy schedules, those in non-metros faced genuine issues because of non-availability of quality doctors and specialists,” says Arora. “What added to their woes was the huge doctor shortage in the country, which turned out to be the core problem of health care delivery in the country.” Once the app is downloaded, patients have the option to consult a doctor via web, text, voice or video. There are plans to launch the app in vernacular languages to increase its reach. The app has seen more than 3 million downloads, and it is backed by the Indian Medical Association.

When English language trainer Mahananda Bohidar needed a dermatologist’s appointment in Chennai, she tried the conventional way—asking friends and colleagues—before seeking help on Practo. “I didn’t want to travel far. I found a dermatologist, who was close by, in my budget. I even booked an appointment for the same day,” she says. The best part was not answering a single call from customer care and doing it herself. Practo, a Bengaluru-based health care company, started as a software product—Practo Ray—for doctors to help them schedule, bill and manage inventory. It also managed their patients' records on cloud [online data storage]. It was only in 2013 that it started its website that catered to patients. Today, it is a disruptive health care platform available in 15 countries. “There is no Amazon or Uber yet in global health care. We want to be the Indian startup solving the idiosyncrasies in all health care systems across the planet,” says Shashank N.D., founder and CEO of Practo. “We believe health care is a large, complex problem and can only be solved if you are with the patient through their entire journey—from the first doctor to their tests, second opinions, to hospital procedures and, of course, medication. The reason health care was not disrupted before is, all solutions focused on only one or two parts of this entire chain. With Practo, we are solving the entire chain and this is why we are seeing massive adoption.” 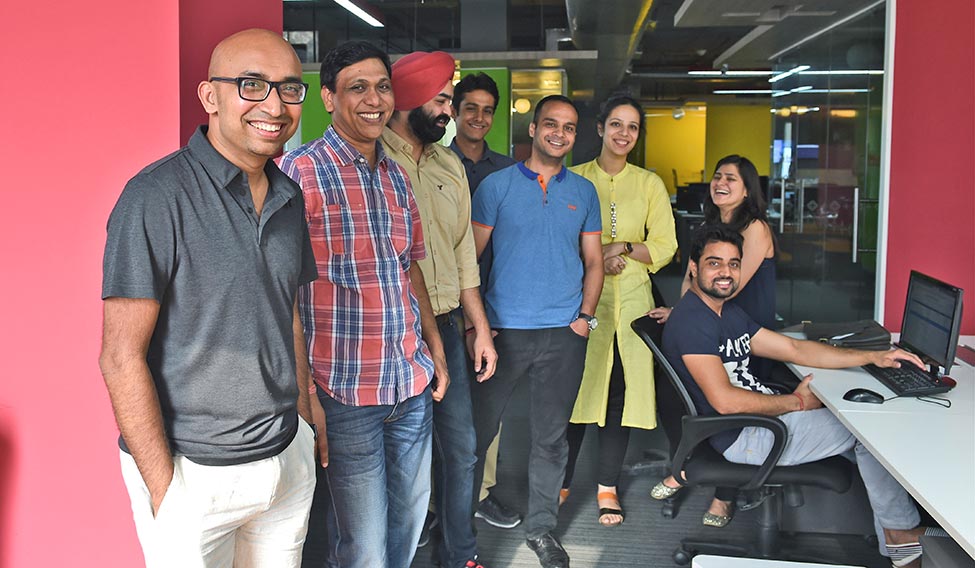 Health care apps and health care IT firms realised that any real change in creating a patient-centric system depends on its adoption by doctors. While it was believed that doctors were slow to adapt to new technology, people like Shashank realised that software made till then were not efficient and had not been specifically designed for the doctor’s requirements.

It was this same realisation that led three former IIT Delhi students—Mudit Vijayvergiya, Pawan Gupta and Nipun Goyal—to start Curofy, a platform for knowledge exchange for doctors. With Curofy, doctors—instead of having informal chat sessions on WhatsApp and Facebook—can have discussions on difficult cases, stay abreast with the latest news in their fields, browse through premium jobs and communicate with a talent pool of like-minded doctors for efficient practice.

When Dr Rohan Khandelwal, surgical oncologist working in W Pratiksha Hospital in Gurugram, heard about an app for doctors, he was not sure if the idea would work as doctors in India are not known to be collaborative. He was, however, surprised. “It is working well,” he says. “I am able to easily discuss my case with oncologists in Mumbai and Bengaluru. It is almost like a virtual tumour board where doctors from different specialities can give their opinion about what is the best possible treatment option.” The app also helps pharmaceutical and medical device companies to reach out to doctors. “All the stakeholders in the medical industry are looking to reach out to relevant doctors. They are spending billions of dollars in the process,” says Gupta, cofounder of Curofy. “With a community of highly engaged doctors, Curofy can be a fantastic medium for these stakeholders to engage their potential users and get the word out. From surveys to product launches to even finding brand evangelists, Curofy is a huge opportunity waiting for the entire health care industry.” It has 400 sub-specialities and 50,000 registered doctors with the app. 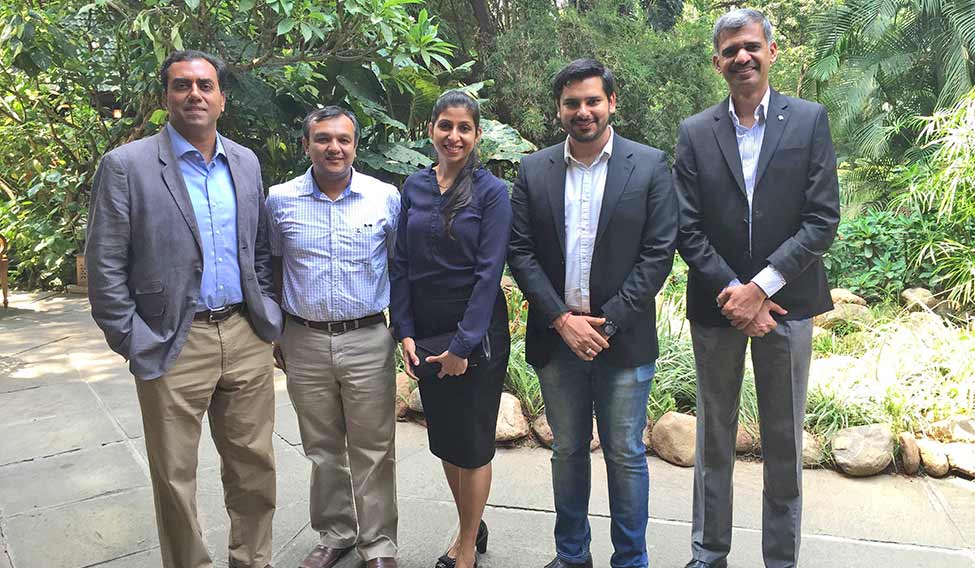 Other than apps that connect the patients to doctors, there are a wide number of apps that meet the nutrition and fitness needs of people. Apps like HealthifyMe combine technology and human service to deliver results on eating habits, fitness and weight management. Started in 2012 by Tushar Vashisht, Sachin Shenoy and Mathew Cherian, it has about 5 lakh users, who are coached by 100 experts. The idea of the app came to Vashisht when he returned from his investment banking career in the US to join the unique identification project (Aadhaar) with the Union government. While working on the project, he gained about 18kg, which he attributed to junk food and no easy access to gyms or parks and trainers. While tracking his lifestyle, he realised that home-made Indian food was impossible to track in the western apps and that led to the birth of HealthifyMe. The founders of the app also realised that the do-it-yourself model of fitness doesn’t work in the Indian context and launched an online-assisted model that allowed nutritionists and trainers give support to help people reach their goals. It is this model, they think, that will be the future of health care in the country. “We believe that classic models of brick-and-mortar delivery for wellness services is going to give room to digital and virtual technologies. Convergence and 'internet of things' will be key trends as platforms like HealthifyMe bring software, hardware and human services together,” says Nikhil Moorjani, head of marketing and sales, HealthifyMe.

There is, however, a long way to go before health care becomes fully digital in India. Currently, internet penetration in India remains low at 24 per cent. Though rural areas and tier-2 cities have much to gain from this digital revolution in health care, the penetration of health care apps and websites remains concentrated in the metros. Also, health being a sensitive area, there are fundamental trust issues with discussing health problems with a stranger, and many first-time users need to be convinced about its benefits. This approach of talking to each customer was taken by online medical consultation app, iCliniq, which was founded by Dhruv Suyamprakasam and Dr Madathupalayam Madhankumar in 2012 to bridge geographical gaps between doctors and patients. “Getting a patient's trust was a challenge initially. We have a chat feature, where we individually chat with every user who visits iCliniq,” says Suyamprakasam. “Personally, I would have at least chatted with the first 1,000 users and assured them about iCliniq. We majorly gained trust of the patients in this way in our initial days. Now we have a 24/7 support team to chat with the user to guide them. This is now followed by other companies in this industry. We are very happy to set a trend.” 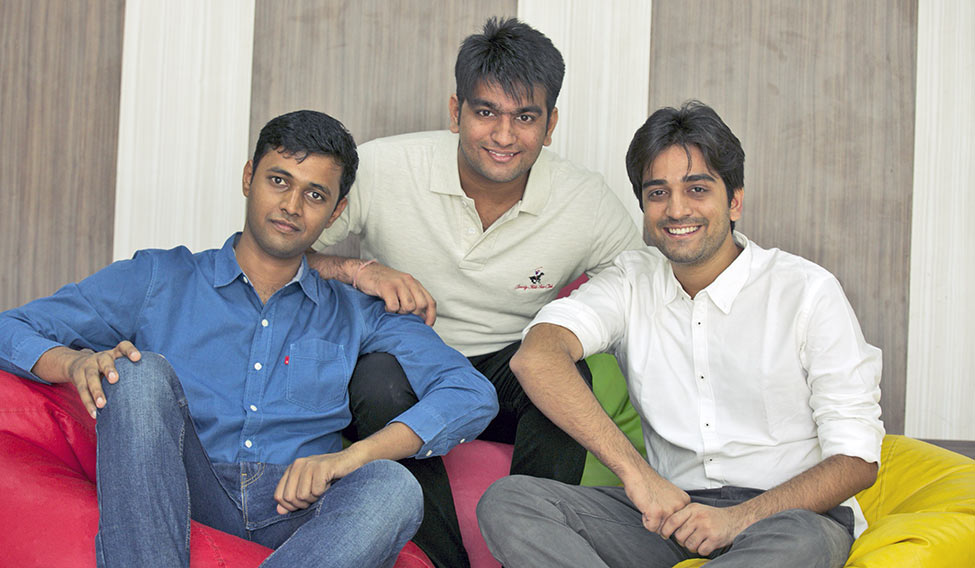 Talking to hundreds of customers at once, however, requires a large number of customer care employees. So, more and more companies are investing in chatbots—programmes designed to answer user queries based on information fed to them, akin to customer care executives. “Bots are super useful assistants to experts. They handle all the user's data,” says Aarti Gill, cofounder of FitCircle, an innovative chat-based free app offering health and nutrition tips. “Regardless of how many users flow in at the same time, they can take care of basic queries that a user has and can help out with right advice. Bots are usually trained by experts. It is like creating multiple assistants of the same expert that are capable of handling 70-80 per cent of queries. This ensures that an expert can cater to multiple people and impact their lives.” FitCircle has tied up with health and insurance brokers like Prudent and Medimanage towards improving employee health and engagement by extending its fitness chatbots.

Health care is a slow business and the founders and CEOs of the companies admit that it takes almost three times more time and five times more effort to create an online health care company. However, they are happy to put in the effort knowing that there is a huge potential for growth and the business is much stable after the initial years. But these companies have not started making money. “Health mobile app services will make money once they prove their value to payers and doctors,” says Mehta of PwC. “As of now, payers are very price-sensitive and only 25 per cent of those using mHealth [mobile health] pay more than $5 an application. Payers want to see value for the money they are putting in.”

One of the drawbacks of these apps is that the experts currently on the app aren’t top notch, most of them are lesser known private practitioners with small clinics. And, there aren’t enough reviews on the experts listed since these apps are still new and will take time to create more customers. The apps also need to be innovative in execution for them to be successful.