Fifteen crore Indians suffer from some form of mental illness. Most don't receive any treatment

IT IS NOT EASY living with my sister, Meenu Verma tells me. Every day, Meenu, 50, cooks for her sister, Renu, keeps her clean and takes care of her medicines. Every other week, she also escorts Renu, in her sixties, to hospital, runs errands for her, monitors her progress and ensures that she is not fending for herself. Despite her efforts, Meenu says, Renu just doesn't trust her.

The past few years have been difficult for the Verma sisters and their mother, a frail woman of 94. Ever since Renu was diagnosed with paranoid schizophrenia in 2012, the family has been struggling to handle the illness. “At times, it is very hard to keep track of her and deal with her irrational behaviour. She can enter neighbours' houses and make demands of them, roam aimlessly, or even turn violent. If I keep track of her or stop her from doing something, she gets upset. One day, Renu started abusing me and beat me black and blue. I could show you the marks on my back,” says Meenu, sitting in their modest living room in Delhi on a warm April afternoon.

Renu had probably been suffering for long, but the illness was diagnosed only after Devi (who prefers to use only her first name), a social worker from the neighbourhood, insisted that they seek professional help. Devi, who runs an NGO for the mentally ill in south Delhi, says Renu's case points to a typical lack of awareness about mental health and the stigma of being a mental patient. 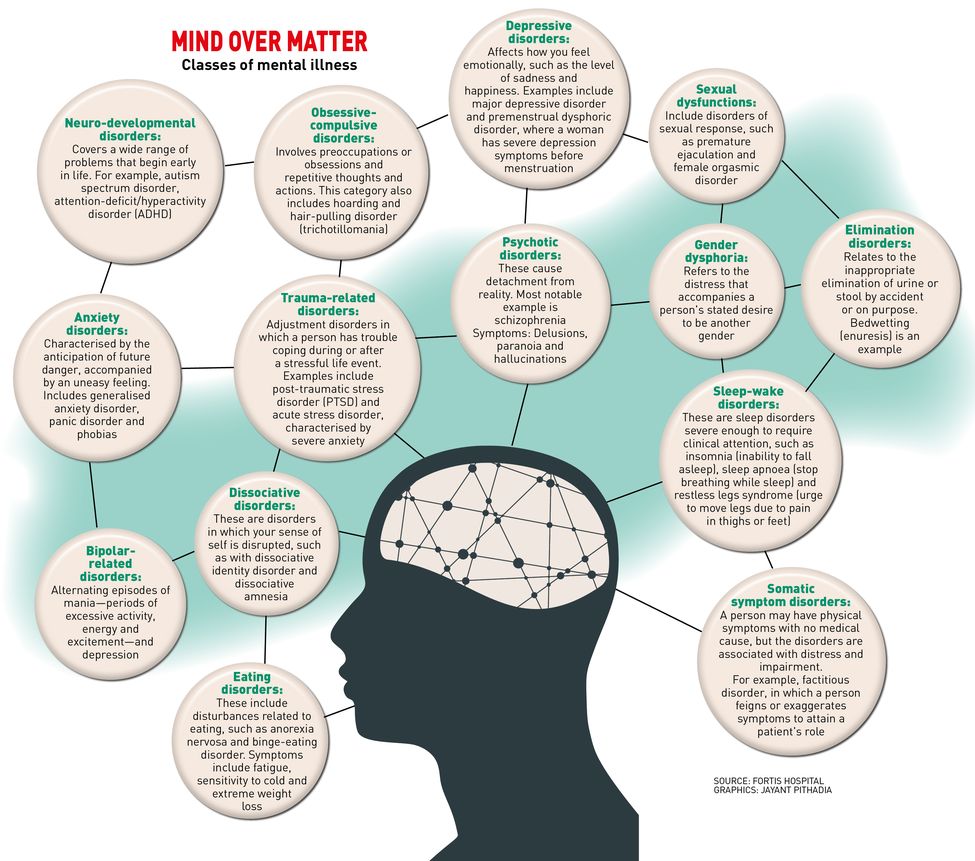 It would have helped if there was a counselling centre close to where the family lives, says Devi. Many people don't know where to go or who to go to, and a centre with qualified professionals would have helped diagnose Renu's illness earlier. “The counsellors could have convinced the family to take Renu to a hospital and seek proper treatment in time,” she says.

Lack of enough counselling centres, however, is only one part of the larger issue of shortages in India's mental health system. In March, the Lok Sabha passed the landmark rights-based legislation—Mental Healthcare Act, 2017—with several progressive measures such as decriminalising suicide, an opportunity to provide advance directions on the kind of treatment desired and the right to quality health care. This attempt to change the narrative around mental illness was hailed by activists, mental health professionals and families of the mentally ill, too. 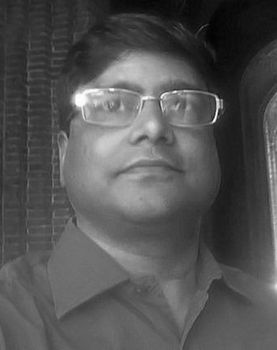 Seen in the context of the rising number of mental health patients—15 crore people need treatment, and 80-90 per cent of them are unable to receive it (according to a 2016 study by NIMHANS)—the figures paint a grim picture. While advances have been made in the field of psychiatry—notably, a move from the standalone mental health institutions to an integration with general hospitals—why is the country falling short of psychiatrists?

Those in the field are quick to point out the lack of adequate training in psychiatry for medical students. “Not enough time is spent on training for psychiatric illnesses at the undergraduate level,” says Dr B.N. Gangadhar, director, National Institute of Mental Health and Neurosciences (NIMHANS), Bengaluru. Dr Nand Kumar, professor of psychiatry at the All India Institute of Medical Sciences (AIIMS), Delhi, recalls how in the 1990s when MBBS students from the Jawaharlal Nehru Medical College in Bhagalpur, Bihar, were sent for training to the Central Institute of Psychiatry in Ranchi, they did not take the subject seriously. “When I took up psychiatry, my friends discouraged me,” he says. “It was not considered lucrative. Things have changed now. But a more serious approach to training in psychiatry across medical colleges is required.”

Seats allotted for the subject at the postgraduate level are also fewer, says Dr Sandeep Kumar Goyal, general secretary, Indian Psychiatric Society (North Zone). According to the Medical Council of India, there are 597 seats for MD (psychiatry) in the country, and 135 seats for the diploma in psychological medicine. “When compared to seats for MD in medicine [2,966, according to the MCI], this number is not enough. The government should also provide some relaxation for rules to set up a department of psychiatry in medical colleges,” says Goyal, professor, department of psychiatry, Christian Medical College, Ludhiana. 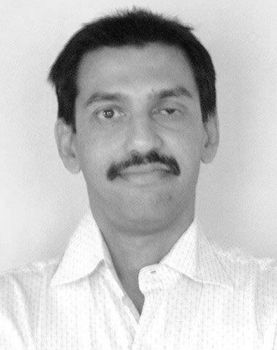 Within the existing number of seats, too, the distribution is not even, and smaller cities and towns are left out, says Dr Ashish Kumar Gupta, consultant psychiatrist at the Heritage Hospital in Varanasi. “A state such as Uttar Pradesh has only about 8-10 seats,” he says. “Many medical colleges do not have a department of psychiatry. The medical college in the district of Jhansi, for example, doesn't have a department of psychiatry. Obviously this affectsthe motivation of students who want to take up psychiatry.”

The health ministry admits there is a “manpower” issue, and has responded with efforts to improve training in the field. Under the district mental health programme, the Centre is supporting “establishment of 21 centres of excellence”, and “strengthening/establishment” of 39 postgraduate departments in mental health specialities in the country.

But is creating more psychiatrists the answer to India's mental health crisis? Several experts think otherwise. Kumar says a qualified psychiatrist is an expensive proposition, and takes about a decade to enter the workforce. “The government has been developing a lot of training centres and spending crores on them. Why not instead utilise students of psychotherapy—those who have completed their bachelors and masters in psychology? At the moment, government rules say these people cannot practise unless they have an Mphil. If these people were roped in and allowed to practise, a lot of manpower issues could be fixed,” says Kumar.

Pune-based Dr Soumitra Pathare of Centre for Mental Health Law and Policy, Indian Law Society, agrees. He was closely involved in the drafting of the Mental Healthcare Bill. He, too, says the shortage in mental health professionals is not uniform. “The number of psychiatrists in a city such as Delhi would be comparable to that in any western country. But that is not the case in smaller cities,” he says. “We don't just need psychiatrists; we need other mental health professionals, too, particularly nurses, counsellors and social workers, where the manpower ratio is far worse.” According to official data, the country has 898 clinical psychologists against the requirement of 20,250; 1,500 nurses as against a need for 3,000 nurses; and 850 psychiatric social workers against a requirement of 37,000. The need for psychiatrists is only in complex cases; many people don't need strong medicines or treatment, says Pathare. “All they need is counselling and support from the community,” he says. 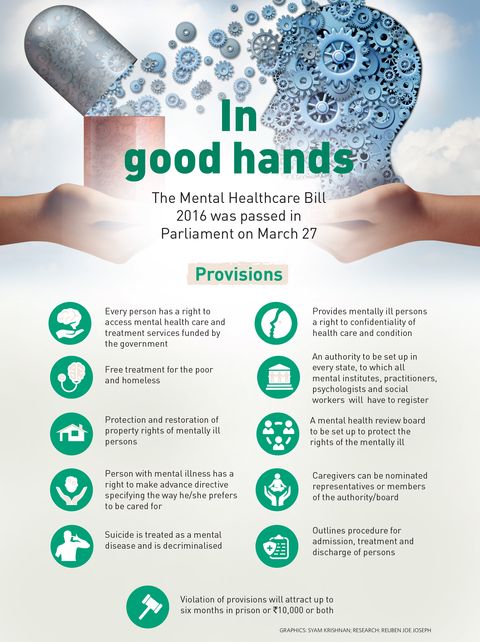 That is one reason why Gangadhar argues for better training in psychiatry for general practitioners. “Currently, the shortages seem daunting because many general practitioners tend to pass off most of the cases of psychiatry to specialists,” he says. “If you have an injury, you don't go to an orthopaedic immediately. So why must all mentally ill be sent to a psychiatrist? Under the government's district mental health programme, the plan to train general physicians in psychiatry was a good one, but it needs to be implemented properly.”

Ashok Malhotra, 72, a retired government official in Delhi, says more psychiatrists will only help when the stigma around mental health is tackled and treatment is made more affordable. His son, Vineet, 38, has been suffering from schizophrenia for 16 years. While Malhotra didn't have trouble finding a psychiatrist, he says, treatment costs are high and health insurance companies don't cover costs related to mental illness, which could run into a couple of thousands every month. “Mentally ill patients also need to keep themselves busy. If there are more daycare centres, it will help treatment,” he says.

These days though, Malhotra says he is facing a dilemma familiar to those with a mentally ill patient in their family. “My second son and his family are unable to understand why Vineet can't focus on work and behaves irrationally,” he says. “His mother died a year ago. Now, I am the only one who takes care of him. But who will do so when I, too, am gone?”

Names of patients and their family members have been changed on request.