Can yoga help with addiction? 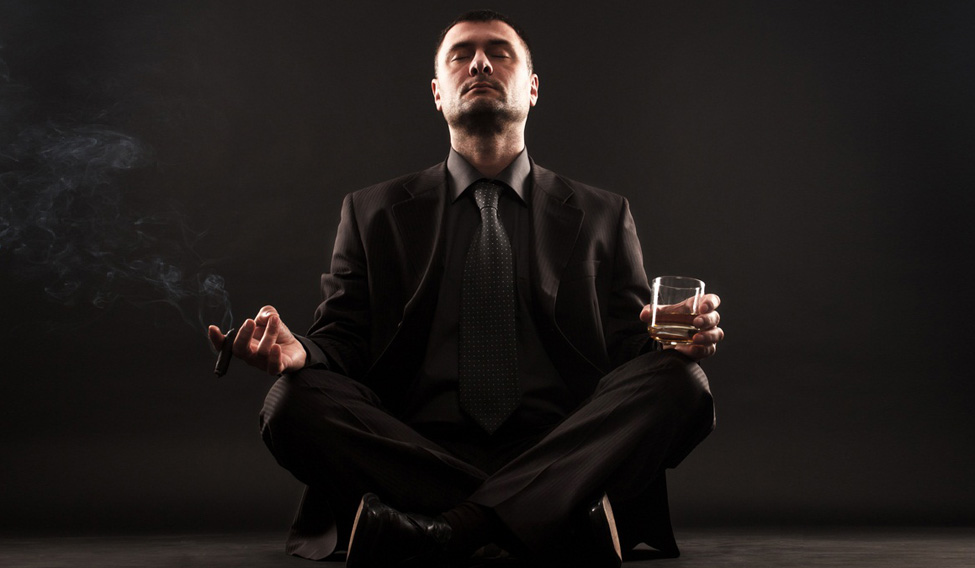 Questioner: Sadhguru, I work with addicts, and in America, there is this concept that addiction is a disease and once an addict, always an addict. I am struggling with this idea. Addiction may be a medical condition at some point, but is it a permanent disease?

Sadhguru: It depends on what kind of addict you are talking about. There are food addicts, drug addicts, alcohol addicts, sex addicts, suffering addicts, gossip addicts—so many compulsive types of behaviour about a variety of things. Gossip addicts, for example—do you think you can heal them? You can only make them change the subject. If they gossip in a way that is harmful to someone, you can make them gossip in a way that could benefit people. So, is addiction a disease? Any compulsive state takes away the ease from you—in that sense, it is a disease. Is it permanent? No. Even your being alive is not permanent—so where is the question of addiction being permanent?

Those who say that addiction is a permanent disease and treat it accordingly are themselves in a state of addiction; they are compulsive about doing something in a particular way. Each individual has gotten into this mess in his own way. Only to some extent, there can be a common treatment, but not entirely. You need to look at each human being and treat them the way it is necessary for this individual. Do we have the care and concern to attend to each one of them the way it is necessary? That is something we have to check. And above all, is it people’s right to always get into problematic situations and expect others to treat them? This also has to be looked at. A whole lot of people in this country [United States] think it is their right to mess themselves up and expect the government to fix them. If individuals do not take responsibility for their own well-being, no power on earth or in heaven can fix them.

The most important thing is to establish that sense of responsibility for their own lives and to show them a better option. Otherwise, you will not get them off alcohol and drugs. Right now, this is the biggest experience in their lives. They are not going to give it up because you ask them to come to Sunday school or whatever. You have to show them something better. If you teach people a way to come to a bigger experience than what they have known so far, they will drop this rubbish. Look at my eyes. I am always stoned, though I have never touched a substance in my life. Everyone can be stoned in such a way all the time. It does not cost anything, neither money nor health. If you want, you can be super-alert, so alert you do not even have to sleep for days and nights.

Unless you teach them something better, they are not going to give up what they have found. It may damage the body, but they feel they have a bigger experience than people who work through the day, come back home, eat, sleep, and go back to work again. They think that is rubbish, and what they are doing is better. When they become helpless, when they get broken, you may be looking down upon them, but when they are high, they are looking down upon you. If they did not think it is better than whatever else is available around, they would not do it. In their perspective, it is good. Only when things go bad, when the body is broken, they come to you.

If someone comes up with a drug that does not damage the body much but keeps you in a hallucinatory state all the time, the whole population will go on it. In some way, human societies have failed to make the experience of life worthwhile for a whole lot of people, so they are taking all kinds of deviant ways to find something. We have to offer something that is more powerful than any drug and that leads to everyone’s well-being.

The cannabis garden in your brain!

Recent research on human brain has yielded some incredible results. An Israeli scientist spent several years researching certain aspects of the human brain, and he found there are millions of cannabis receptors in the brain! Then neurologists discovered that at different times of the day, if you closely observe the system and what happens with the brain chemistry, the body develops its own cannabis which satisfy the receptors in the brain. If a person is in a certain state of blissfulness or ecstasy, he produces these chemicals, which the brain is constantly waiting for. Even your brain is waiting for you to be blissful—millions of cannabis receptors are sitting there and waiting, not for you to smoke or drink or do drugs, but for you to become blissful.

So all you have to do is produce a little bit of Anandamide because there is a whole marijuana garden inside! If you cultivate it properly and keep it on, you can be stoned all the time, but your mental capabilities will not shrink. To remain calm, to remain in an extreme sense of pleasure all the time, is available to every human being if he just explores his own system a little more. The science of yoga gives this pleasure to you. Yogis are not against pleasure. It is just that they are unwilling to settle for little pleasures. They are greedy. They know if you drink a glass of wine, it just gets you a little buzzy and then tomorrow morning you get a headache and everything. They are not willing to go for that. But now, all the time totally drunk but hundred per cent stable and alert, because you must be alert to enjoy the intoxication. So, totally drunk but fully alert; only then you can enjoy it. And nature has given you this possibility.