Where liberty and equality intersect

I have been in Parliament for close to four years now, but participating in the deliberations on Constitution Day, November 26, has been among my most privileged and humbling moments. A few days later, on December 6, we commemorated the 125th birth anniversary of B.R. Ambedkar, the chair of the drafting committee of the Constituent Assembly, which finished its work on November 26, 1949.

The framers of our Constitution believed India could aspire to be the best. But they did not have the arrogance to believe India always knew best. As such, they were open to ideas and principles from other constitutions. The concepts of liberty, equality and fraternity were inspired by the French Constitution. The idea of planning came from the Soviet Union. The socio-economic rights in the Directive Principles came from Ireland. The law on which the Supreme Court functions was inspired by Japan. Principles of federalism and powers for the states were borrowed from Canada and Australia. And, of course, the British parliament’s Government of India Act of 1935 was a base document to work on. 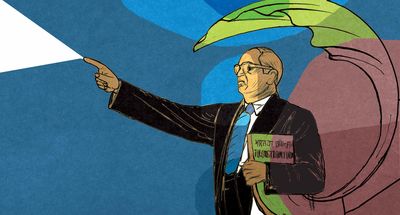 The Constitution was Ambedkar’s greatest gift to his country, a country that had not always been fair to him, and treated him and his community—regarded as “untouchables” by traditionalist bigots—in a terrible manner. Ambedkar overcame adversity and deprivation to conquer both ignorance and hate. He was a scholar and legal mind of rare calibre. Nevertheless, while the Constitution was his crowning achievement, it was not his only one.

His PhD thesis of 1923 was titled Evolution of Provincial Finance in British India. It provided the academic basis for the Finance Commission of India that was established through Article 280 of the Constitution to address imbalances in finances between the Centre and states. The Reserve Bank of India was conceptualised based on the guidelines presented by Ambedkar to the Royal Commission on Indian Currency and Finance in 1925. Ambedkar’s book, The Problem of the Rupee, helped the Central Legislative Assembly shape the guidelines for the RBI Act of 1934.

Researching my speech for Constitution Day, I came across a remarkable quote from Ambedkar: “Liberty cannot be divorced from equality, equality cannot be divorced from liberty… Without equality, liberty would produce the supremacy of the few over the many.” Those words are everlasting. I would urge the BJP-led government to see them as a caution and a warning. They remind us of the eternal vigil we must maintain at the shrine of tolerance. Tolerance is a blessing that our Constitution has given us; it is where liberty and equality intersect. I would appeal to the government to ensure that it is not mocked as it has been for the past 18 months.