Did the writer spend a significant time of his or her formative years in Kolkata?

Was the writer educated in one of Kolkata’s best-known and elite institutions?

Is the writer an exile from Kolkata and West Bengal, pushed out during the wasted years of communist rule (1977-2011) or in the tumult that immediately preceded it?

Is the writer now a distinguished professional, usually in the media, academia, literature or a related field?

The four questions above comprise my Kolkata diaspora test. If the answers to three of the four are yes, I tend to take with a bucketful of salt what the writer has put down―and it is usually a put down―about contemporary Kolkata.

There is a type of person who once lived in Kolkata and now visits it for ten days a year―generally during Christmas and the last week of December―but travels the world parading himself or herself as a specialist on not just Kolkata as it once was, but Kolkata as it still is and Kolkata as it must always be.

More often than not, the person has no clue about contemporary reality in the city or of the immediate issue―controversy, protest, achievement, anything―that is exercising the city. Yet, the writer will happily churn out a series of indignant articles, essays or, at the least, tweets.

It is not that these people are not talented or that I do not respect them in another context. The best example I can think of is Swapan Dasgupta, the columnist in Delhi, who is a forceful voice for right-wing political opinion. I invariably disagree with Swapan and his politics but do admire his felicity of prose, his cogency of argument and his scholarship. Not everybody is this engaging. There are some also-rans in the Kolkata diaspora who do nothing but troll 24/7. 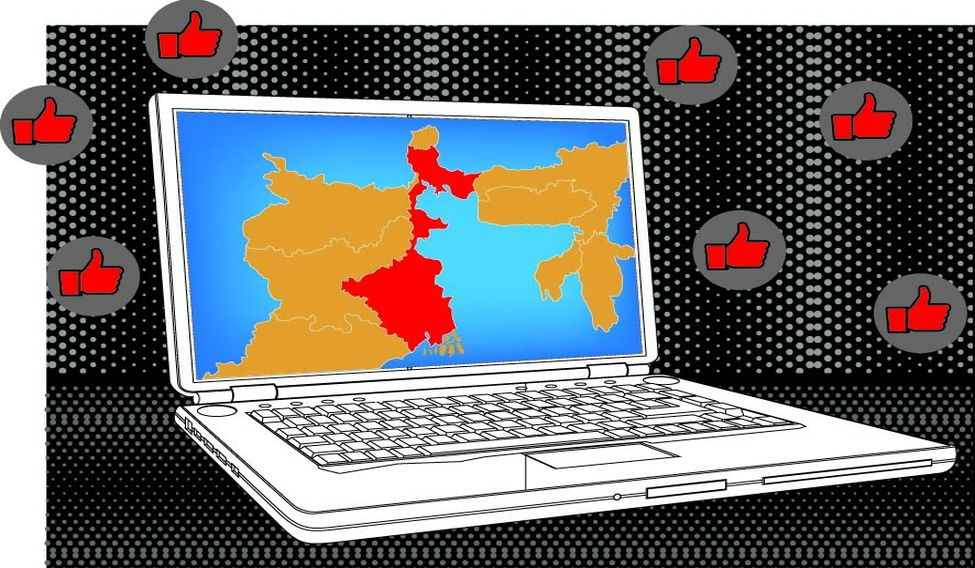 What is common to many of these folks is a complete absence of informed perspective about today’s Kolkata. Their views are shaped by what the afternoon copy of The Telegraph tells them, or what headlines Anandabazar Patrika, in its whimsical and oh-so-dynamic wisdom, has chosen that morning.

If one were to believe a couple of tendentious papers and the diaspora intelligentsia (which seems to be an important target audience for these papers), Kolkata is as broken as Berlin in 1945, there is an Afghanistan-style civil war on in West Bengal and Amit Shah is about to come riding on a white horse to sweep the 2016 election. It is a make-believe world that exists largely because of Twitter and Facebook, and is exaggerated and magnified by re-tweets and 'likes'.

A recent episode that worked on similar lines was the unrest in Jadavpur University, where initial student anger, shaped by the perception of an incident, was deftly exploited by the Maoists to take the form of street theatre. The facts of the case have come out now. It is very different from the horrific and morbid pictures that were being painted.

It is worth noting that social media, unwittingly, fanned the fires. This is especially so as many JU alumni, who are following fine careers in other cities and countries, conflated news from the campus with happy memories of the idealism of their student days. They took strident positions without knowing the situation on the ground.

Those raising revolutionary slogans on Facebook and Twitter, from distant locations in Gurgaon or the west coast of America, need to embrace a few lessons. Such emotionalism from afar, a sometimes misleading mix of nostalgia, and the play of memory and political prejudice can lead to perfectly rational people adopting outlandish stances.

This happens to so many Kolkata diaspora intellectuals who answer yes to at least three of the four questions posed at the beginning of this column. It is sad.

Your form could not be submitted.
This browser settings will not support to add bookmarks programmatically. Please press Ctrl+D or change settings to bookmark this page.
Topics : #Freewheeling