Pitfalls of triple talaq bill, as Muslim women see it 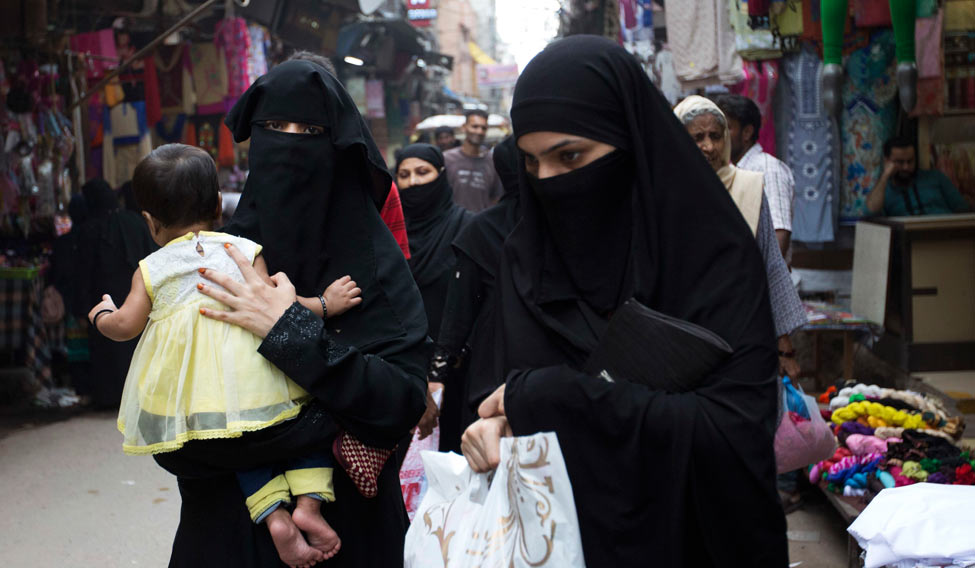 The bill that proposes a three-year jail term for a man divorcing his wife through triple talaq will be introduced in the Rajya Sabha. Although most Muslim women feel it is time to end the practice, they are wary of the slipshod manner in which the government has passed the bill in the Lok Sabha.

“It has not been properly thought out,” says Sainaba, a member of the Social Democratic Party of India (SDPI). “Neither is it practical. If the aim of the law is to protect the rights of women, how is that possible with their husbands in prison? If they have children under the age of 18, who will take care of their education, health, financial and other needs? The woman will not be protected but instead be vulnerable to more abuse.”

The bill should have been more widely discussed and debated and all the stakeholders in the matter should have been consulted, feels Bebaak Collective, a women’s rights group. It cites the example of laws like the Protection of Women against Domestic Violence Act, 2005, and the Sexual Harassment of Women at Workplace (Prevention, Prohibition and Redressal) Act, 2013, which had been passed after much deliberation.

The collective demands all personal laws of Muslims be replaced with ones that promote equality between the sexes. Triple talaq, for example, should be replaced with the same law (Dissolution of Muslim Marriages Act, 1939) under which Muslim women can approach the court for divorce.

“This law should be available to men too,” it said in a statement. “There should be legal provisions to deal with the matters of dower and maintenance of the wife, child custody, right to reside in the matrimonial home, and other economic obligations.”

It also states that the bill is limited to triple talaq and ignores other issues like polygamy and the practice of halala and that such “piecemeal legislations” will not help solve the problems of Muslim women.

Seena Muhammad, a 48-year-old Muslim woman, feels that triple talaq is not aligned with the spirit of the Koran. Her husband elaborates her point of view. “Between the first and the second talaq, there must be a significant period of time when the wife must stay in her husband’s home,” he says. “Only if there is no way to reconcile their differences can the third talaq be uttered. It was with the arrival of the British government here that triple talaq in its present form evolved and became part of Mohammedan law.”

Aysha Mahmood, who used to work as a criminal psychologist in Calicut and Viyyur prisons in Kerala, describes how her friend was divorced through triple talaq over Skype. “Her husband was from Dubai and she was from Calicut,” she says. “They lived together for 10 years and then they started facing problems in their marriage. Once, when she had come back home, he asked her to summon their families. When both their parents were assembled, he gave the triple talaq. Then he switched off the computer and walked off.”

With the announcement on December 31, removing a 70-year practice of Muslim women performing Haj only in the company of male guardians, the Modi government seems to be going all out to ensure equal rights to these women. But the women feel that it has vested interest in doing so. “It’s all just a pretense to turn attention away from the failure of governance,” says Sainaba. “The BJP has always had a regressive policy towards women so why would they suddenly champion the cause of Muslim women?”

She feels that the Muslim Women (Protection of Rights on Marriage) Bill, 2017, criminalising triple talaq, does not address and will not solve the underlying problems faced by Muslim women, like their social, economic and educational backwardness. Some women, however, like 18-year-old Minnu Naushad, is of the opinion that Muslim women have come a long way since 10 or 20 years ago. “Some of these girls are extremely talented and intelligent,” she says. “Earlier, they would be married between 10 and 16 years old and their potential would be wasted. My grandmother, for example, was a very bright student. Because she hailed from an upper-class family, she was allowed to complete her education but finding a job was out of the question. Today, that’s not the case. Girls are doing what they’re passionate about and the scenario has changed radically.”